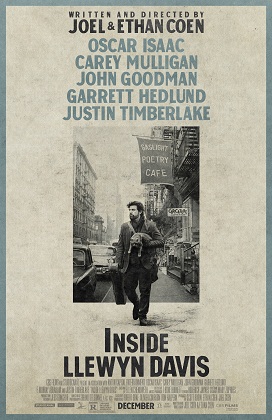 Joel and Ethan Coen have been creating films for 30 years, dating back to their still-stunning, low-budget debut, neo-noir Blood Simple (1984); it premiered at the Toronto Film Festival and won the Grand Jury Prize at Sundance in 1985. They followed with the screwball satire Raising Arizona (1987), which contains a pair of timeless (and quotable) performances by Nicolas Cage and Holly Hunter.

And yet the Coens’ next three films lost millions: the tough-nosed noir Miller’s Crossing (1990), the darker-than-black comedy Barton Fink (1991), and their surprisingly enjoyable ode to Frank Capra, The Hudsucker Proxy (1994). Luckily, their brilliant mid-Western Fargo (1996) followed, winning them an Oscar for Best Original Screenplay and a trophy for Frances McDormand (Joel’s partner in crime) for Best Actress.

Their next two films were genre twisters: cult classic The Big Lebowski (1998), and Preston Sturges Depression-era homage O Brother, Where Art Thou? (2000). This approach worked, and both were financial as well as critical successes. And even if critics were mixed about their next three releases (2001 surreal noir The Man Who Wasn’t There, Howard Hawks screwball homage Intolerable Cruelty (2003), and 2004 remake The Ladykillers, an ambitious misfire), the Coens mined more gold in 2007 with No Country For Old Men, which scooped up Oscars for Best Picture, Best Director(s), Best Adapted Screenplay, Best Supporting Actor for Javier Bardem.

While briefly returning to Fargo-esque crime turf with Burn After Reading (2008), a kind of maturing seemed to envelop the Coen’s films after No Country. Recently, they seem to be reaching some sort of apex. Their most personal story, A Serious Man (2009), was followed by their haunting and melancholic remake of the revisionist western True Grit (2010). Last year, they achieved their most powerful film to date with the oddly misunderstood Inside Llewyn Davis.

MAJOR SPOILERS AHEAD. (Only read if you have seen Inside Llewyn Davis.)

Llewyn (played to perfection by Oscar Isaac) is a confused character which led many audiences to deem him unlikeable, giving up on him and ultimately dismissing him to sleep in “the bed that he has made.” Taking place in the pre-Bob Dylan coffee houses of Greenwich Village in 1961, Llewyn is attempting to make folk music, while at the same time hating people who play folk music. This sort of contradicting philosophy runs parallel to many other parts in his life: He gets his friend’s girlfriend, Jean (Carey Mulligan), pregnant and then has the audacity to ask his same friend, Jim (Justin Timberlake) to secretly lend him money to pay for the abortion. He ridicules both Jean and his own older sister for their suburban “square” lifestyles, yet he’s constantly asking them for a place to crash. His seafaring father now “exists” in a rest home, unable to speak or control his bowels, while Llewyn’s mother seems to have passed on.

The Coens have asked us to spend 104 minutes “inside” Llewyn Davis and if one decides to not just turn their back on this self-proclaimed asshole, one needs to ask, “Why is he acting this way?” One reason is his singing partner, Mike Timlin, has recently killed himself by jumping off the George Washington Bridge. Not only has this left Llewyn a solo act musically, I think the film’s big secret is that this unsettling act has left our antagonist heartbroken. What if they weren’t just making music and for reasons only Llewyn understands, Mike took his own life? The film has numerous (supposedly humorous) references to queerness, and you get the feeling the Coens are practicing what the 1961 culture preached (or rather, refused to discuss.)

When Llewyn puts on their album, If We Had Wings, we see an image of Mike for the only time in the film. A shot of his sweet demeanor on the cover is followed by a quiet gaze from Llewyn that rarely surfaces throughout the rest of the movie.

Multiple people speak of missing Mike, one even urging Llewyn to “get back together with him.” A sort of father figure for Llewyn, Mr. Gorfein (Ethan Phillips), refers to Mike as being the “life of the party” and if this theory of them being in love were true it would make their album name If We Had Wings more than just a prophetic reference to Mike’s suicide.

The film is also a diegetic musical, meaning all of the songs performed are in fact involved in the actual lives of the characters themselves (as opposed to someone breaking out into song to express their innermost feelings.) This makes the lyrics of the songs sung by each character even more important.The traditional title track off of Timlin & Davis’ album is in fact “Dink’s Song” and could be read as quite a declaration when listened to closely, “If I had wings like Noah’s dove, I’d fly the river to the one I love. Well fare thee well, my honey, fare thee well. Well I had a man who was long and tall. Who moved his body like a cannon ball.”

And then there’s Ulysses, the wandering cat. Llewyn accidentally lets this crafty creature out of the Gorfeins’ apartment, watching helplessly as it escapes into Manhattan. Later, he finds a lookalike to sneak into its place. Why is Llewyn constantly confusing the cat’s gender as being female? After an unfortunate dinner-party episode in which Llewyn is belligerent toward Mrs. Gorfein (her crime: singing along with him to “Dink’s Song”), she notices that “Ulysses” is an imposter, shrieking “Where’s his scrotum Llewyn?! Where’s his scrotum?”

At the beginning of the film, a secretary mishears Llewyn’s phone message that “Llewyn has his cat!” and asks “Llewyn is the cat?!” Misunderstanding is a theme throughout Llewyn’s journey, especially during a surreal road trip to Chicago with scene-stealing jazz player and heroin addict Roland Turner (memorably performed by Coen Brothers regular John Goodman.) After establishing that he’s another character who doesn’t get Llewyn (“What does the L. stand for in Lou L. Wyn?”), Roland asks him if he’s queer, since he’s folk singer and and is carrying around a cat. Llewyn does not respond. After the men are abandoned on the highway, Llewyn hitchhikes a ride past Akron, the town that his ex-girlfriend and the two-year-old child he’s never met reside.

As he drives down a long and twisted snowy highway, he hits a tabby cat in the middle of the snow storm while listening to opera on the radio. Was this all a fever dream? Is this a piece of music that Mike loved and should Llewyn personally feel guilty for his suicide? As the limping cat works its way off the dark and snowy path, Llewyn is yet again all alone in the middle of nowhere. Again, lyrics speak volumes: “Well fare thee well, my honey, fare thee well. I remember one evening, in the pourin’ rain. And in my heart was an achin’ pain. Well fare thee well, my honey, fare thee well. Muddy river runs muddy ‘n’ wild. Can’t give a bloody for my unborn child.”

Llewyn seems to be purposefully sabotaging his own future. And again, the Coens seem to be hiding their main character’s driving issue as carefully as the character himself. Why can’t he just snap out of this self-destructive cycle? When Jean (like his sister) directly questions him about his future, he yet again resorts to sarcastic put downs that leave anyone who attempt to care about Llewyn in a flabbergasted state.

So Llewyn finds himself riding the subway back and forth. And it brings us to perhaps the final piece of this existential puzzle. Early in the film, Llewyn observes a fellow passenger, an older man around 60 with a small moustache, wearing a coat and hat. The man is also watching him. It feels understandable since Llewyn is carrying a cat on the subway. In fact a pair of twins look at him and smile as well. But the older man appears a second time on a late night, when no one else is on the train and Llewyn is now cat-less. This time, the older man is turned and staring directly at Llewyn.

It took me four viewings in the theater (and one on Blu-ray) to confirm that the man shows up a third time, near the end of the film as Llewyn is passing by a movie theatre, which happens to be playing Walt Disney’s The Incredible Journey (1963). The man is walking just a few steps ahead of Llewyn, but this time he is not looking at our character. He is now just another bystander.

Could this be Llewyn Davis, decades later, wandering the streets alone, remembering a time in his life when he lost his lover, his friends, and gave up his passion for playing music? Is this whole film just a looping memory for someone whose heart had been broken so badly that he was never able to put the pieces back together again? Is this a side effect of a society whose condemnation drove Mike to suicide, or did Llewyn break Mike’s heart with one of his casual hookups? “Fare thee well, my honey, fare thee well. So show us a bird flyin’ high above. Life ain’t worth living without the one you love. Fare thee well, my honey, fare thee well.”

Whatever is actually happening “inside” Llewyn Davis, he is for sure carrying the weight of the world on his hunched over, coatless back and it would be all too easy to dismiss him as a selfish and intolerable person. Like many of their characters over the past three decades, the Coen Brothers make sure not to fall for Hollywood’s tropes. They are not always easy to love, but audiences who choose to (re)take odysseys like Inside Llewyn Davis may be confronted with an alternative cinema that isn’t just inspired by film history, but has become film history. Llewyn Davis fought for dignity in his era. And like many of the characters before him (Barton Fink, The Dude, Larry Gopnik, Mattie Ross), no matter how hard he tries, his life does not go the way he hopes and imagines. Fortunately for their fans, the Coens continue to be able to choose their own remarkable adventures.

Jesse Hawthorne Ficks is the Film History Coordinator at the Academy of Art University, curates MiDNiTES FOR MANiACS, and writes film festival reviews for the San Francisco Bay Guardian.