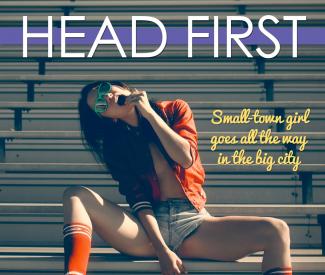 I’ve got a lot of repressed issues, and I came to San Francisco to try to get them resolved. But I never imagined a possible solution to my problems would be to have some guy finger me while his wife does reiki over my naked body and I scream bloody murder.

But this kind of thing is an option in the Bay Area, and it’s called Explosive Sexual Healing (ESH). The practice uses things like pain, pleasure, breath work, spiritual alchemy, vocal therapy, and g-spot massage to access emotions and trauma stored in the body. The idea is that once these deep-rooted issues are discovered, they can be dealt with and ideally released.

ESH isn’t more than a few years old and there are only a few practitioners in California. I did a session with Becky and Cory Center — a husband and wife team that got married four months after meeting each other. When they met, Cory had been released on probation from having been in prison for bank robbery for three years, and Becky was transitioning from her life as a math teacher to a spiritual healer. They met at Landmark Forum, they clicked, and now they’re ESH practitioners.

I’d be lying if I said I didn’t think this practice was weird. But would that stop me from trying it? No way. I was down to sexually explode.

When I arrived at their home office in Alameda, I sat with them at a table in their entryway and we started the Awakening Session — which involved an alchemical card reading by Cory. He pulled out three cards that he drew himself with marker, laid them on the table in front of me, and told me of my past, present, and future. The reading was pretty accurate, but I couldn’t help but wonder if the detailed form I filled out earlier about my personal history and future desires could have aided in his fortune telling.

Next, they gave me a description about what to expect in the session — explaining that there would be both pain AND pleasure. They asked me about what I wanted healed, and I said that I wanted to stop feeling guilty for feeling satisfied with my accomplishments. I also said I wanted to feel like my brain was just as valuable as my body. They then asked me to come up “affirmations,” which were positive statements that I’d like recited during ESH that would reprogram my brain to think the way I want it to.

“They should be as simple as what a child would say,” Cory said. “As long as they ring true for you.”

So after a lot of back and forth, we came up with the basic statements: “I am free,” “I am wanted,” “I am desired,” “I am important.” These are all nice things to think about, but I thought they were a bit too vague to mend anything specific going on in my head.

Next, they led me into their living room where there was a massage table, psychedelic music, and a blue and green peacock painting above the fireplace. I kept my clothes on and lied on the table.

They taught me how to do what they call “the big draw” — which involved me breathing in and out really fast, tightening my body up into a vertical crunch, then relaxing back onto the table.

After that, I flipped over onto my stomach.

They told me to relax and breathe while Becky did reiki over my body.

“Something is telling me you’re ready, Krissy,” Becky said. “That doesn’t have to mean anything to you. Just know it’s saying ‘You’re ready. You’re ready.’”

When I was finally good and relaxed, Cory started to knead his hands into my muscles — and not in an “Ahh that feels good” way, but in an “I’m gonna leave marks” way. I knew there was going to be pain, I just underestimated how much. I clenched my jaw. They made it clear that I could tell them to stop touching me whenever I wanted to, but I wanted to commit to the experience, so I hung in there.

They told me to scream, but I’m not much of a yeller when something hurts — I’m more of a grunter. I let out a few shouts that weren’t quite to their satisfaction. Becky told me to scream louder, so I did until my throat hurt.

After the process went on for many minutes, my body started reacting to the heat, the pain, and the screaming. I felt like the table was vibrating, and my hands kept cramping up into fists from all the stimulation. Becky told me to kick my legs and pound my hands into the table to get the tingles out. It was both terrifying and embarrassing. But what could I do? I wanted my hands to stop cramping. So I kicked around like a child having a tantrum until my fingers relaxed.

Finally the pain part was over, and I flipped over onto my back. They blindfolded me, then ran their hands over my body and crotch to top off all that pain with a little pleasure. Then they told me it was time for me to go reflect on my own.

They sent me off for a dinner break. I ate a sandwich and sat on the steps of a building outside — feeling really confused and a little lost. I didn’t think it was responsible of them to leave me alone like that for an hour after such an emotional beating. But I was willing to believe it was a part of their strange methods, and I let it slide.

When I got back, I talked to them about feelings and thoughts that were coming up for me – like how I felt kind of high and had trouble writing in my notebook on account of loopy-ness.

Soon, I stripped naked and was back on the table, face down.

“Ow, shit,” I said as Cory shoved his elbow hard into my ass muscles.

“How would you rate your pain right now?” he asked.

Becky told me to scream as loud as I could. So I sucked in a deep breath and screamed.

“Your scream is coming from your throat right now,” she said. “Do it from your belly.”

Becky told me to match her volume, and she started screaming. So we were both wailing while Cory pressed hard into every part of me he could find — even the inside of my crack.

“Who do you want to speak to?” Becky asked.

I said nothing at first because I had no idea.

“Men?” I was really guessing.

She told me to shout what I wanted to say to them. Fortunately, I had let go of my shame much earlier on in the session, so I started yelling shit.

The point of this part of the session is to find physical pain held in the body and then release it. And as weird as it was, when I screamed like a banshee and cussed at dudes, the pain actually did stop in my ass — even though Cory was digging into it with his elbow.

“We moved the pain right out,” he said, a satisfied tone in his voice.

It was time for the pleasure part.

I got up to take a piss, then returned and lied down on my back, exhausted as fuck. I was blindfolded again and Cory slipped and slid his fingers over my sweat drenched body.

It was actually time to endure a 10 minute tease session, where I was getting fingered and brought to the brink of orgasm without being allowed to come. And on top of that, they made me say my affirmations while I was trying to get off. So I was screaming, “I am free!” and “I am wanted!” at the top of my lungs while trying to focus on having an orgasm. Finally, I had one, and it was pretty good (definitely juicy). But then it was time for another 10 minutes of teasing, and they brought me right up to the brink of coming, and then stopped me. I did the “big draw” and collapsed back onto the table. They left me alone for a bit.

After awhile, I slowly sat up, feeling like I’d just slept for three days and like I weighed an extra 30 pounds.

I went back to the entryway and sat down at the table with them. They were kind and checked in with me and my emotions. I felt high, tired, but weirdly alert, confused, and at the same time, relaxed. I was in glass case of emotion.

A few days later Cory called me for a follow-up to check in on me. The two of them recognized that ESH can be jarring, and they were there to make sure I was okay — which I appreciated.

I think the intensity of sensation during the session induced heightened states of awareness which led me to have deep thoughts. Did those deep thoughts help me to stop feeling guilty about being satisfied with my accomplishments? No. Do I feel like my brain is just as valuable as my body? No. But to be fair, to fully heal, you’re supposed to do six sessions, not just one.

ESH could potentially open someone’s mind to new things, and I could see how it would be helpful to a person stuck in a mental or emotional rut. But I don’t think I’d go back for another rendezvous any time soon. I think I prefer a healing experience with more sex and less explosion.