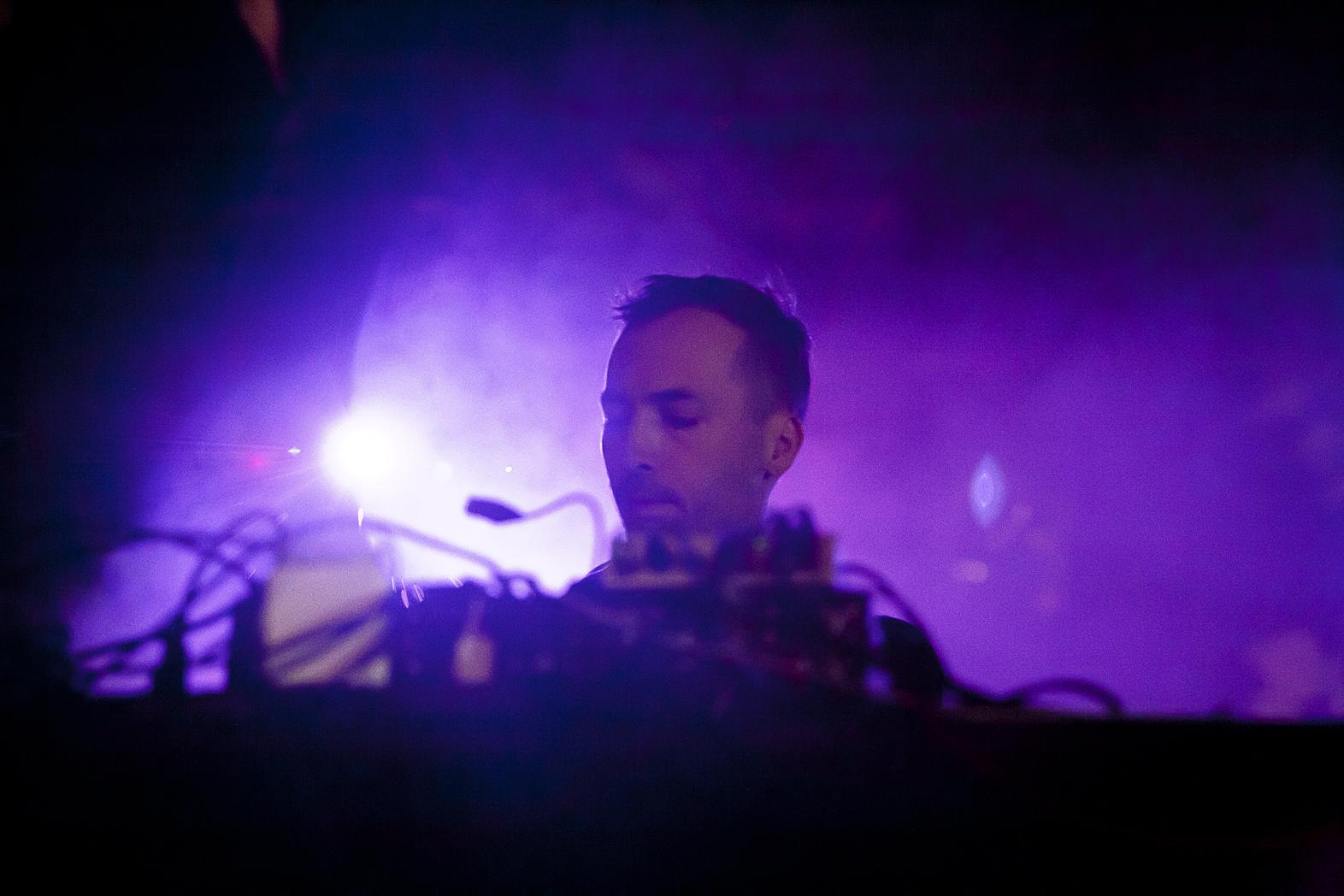 TBA, under the artistic direction of Angela Mattox, formerly the performing arts curator at San Francisco’s Yerba Buena Center for the Arts, emphasized music and vocal experiments in this year’s program. The international festival is distinct in its presenting platform and density of experimental performance, making it well worth the hour flight to Oregon from San Francisco.

The rather utopian format of a 10-day art binge features rigorous lunchtime conversations about artist processes and concepts, a stacked lineup of daily performances, visual art, and film at venues across the city, and a beer garden for late-night gatherings and conversation, serving as a hub for artists and attendees to mix and digest the work. Additionally compatible with certain Bay Area sensibilities are the possibilities of experiencing the festival by bike and sampling the city’s somewhat precious cuisine, coffee and beer. (Of course, Portland loves to start happy hour at 3pm.)

There’s a choreography to the festival, allowing a sequence of works to rub against each other. After an initial weekend featuring music, sound, and body-based performance, Sept. 15 brought the first text-based work of the festival via a one-woman show. The week moved into personal and self-reflexive modes of storytelling and rounded out with productions of experimental theater tackling rather epic themes such as human evolution and post-traumatic societies.

“We are here for such a short time. We are not supposed to be struggling in our flesh,” Tanya Tagaq commented during her artist conversation. She discussed the release of control as a healing process and her performance was the walk to her talk. Tagaq, who last appeared in San Francisco with the Kronos Quartet in 2012, expanded the Inuit art of throat singing during a highly improvised performance in concert with Robert Flaherty’s seminal silent film Nanook of the North (1922). Tagaq, with violinist Jesse Zubot and drummer Jean Martin, appeared barefoot, frequently assuming a wide stance as she projected her forcefully rhythmic and breathy vocals. Her fully embodied song responded to the vintage footage of an Inuk family projected behind the musicians. The semi-documentary illuminates the harmony and struggle of living off the Arctic land with images of seal hunting, igloo building and child rearing.

Maya Beiser was among the abundant female artists in this year’s festival lineup. A founding member of the Bang on a Can All-Stars, Beiser performed Uncovered: electric cello arrangements of cover tunes including Nirvana, Led Zeppelin, Jimi Hendrix, and Janis Joplin. Like Tagaq, the glamourous Beiser employed the moving image, playing downstage of a film by Bill Morrison.

These highly visual music performances bookended a sold-out performance by Tim Hecker, a Canadian noise artist who performed in a darkened house, his arms on the soundboard barely visible. (Gray Area Art and Technology presented Hecker’s San Francisco debut in July.) The darkness amplified visceral and sonic elements of his drones and melodies, a sound bath which rattled the shirt on my body. Hecker’s immersive stasis and wall of sound provided a deviant TBA moment. Resonance over meaning. I wanted to be closer and standing.

The life stories of seniors, both speculative and real, were also featured. Mammalian Diving Reflex’s All the Sex I’ve Ever Had illuminated decades of true stories about intimacy, old age and life milestones revealed by a handful of willing Portland seniors. Cynthia Hopkins’s A Living Documentary took the form of a solo musical in which Hopkins played an elderly experimental performing artist reflecting on her lifetime creating art in a capitalist society.

“It’s called show business, not show vacation!” Hopkins wailed. Her narrative about labor, resource, and occupation situated artists at the center of the festival, providing the lens of an elderly maker. She was a hobo. Ingredients of the lifestyle included vodka, birth control, and antidepressants. Hopkins brilliantly employed the palatable storytelling devices of the musical — an underdog who moved through adversity — to tell a depressing story audiences may not want to hear. Hopkins’s character mused about her “impulse to do something not about survival” but rather purpose, meaning and identity.

Costume and makeup changes occurred seamlessly onstage. She shined as a rousing motivational consultant telling artists to grow some “spiritual testicles” as they navigate their business. In the end Hopkins walked away from her art, however there are no clean breaks from trajectories lived for decades.

The Works served as the site of Jennifer West’s PICA-commissioned Flashlight Filmstrip Projections installation. During the performances, which activated the work, a team of artists carrying flashlights illuminated the suspended filmstrips to Jesse Mejia’s live synthesizer soundscape. The flowing white dress worn by Connie Moore performing Loie Fuller’s Serpentine Dance in the center of the space served as an additional projection surface. A deep sense of ritual and archive emerged with the cinematic fragments and live re-performance of a historic choreographic work.

Also at the Works, San Francisco artist Larry/Laura Arrington instigated an iteration of SQUART! (Spontaneous Queer Art), which challenged community participants to rapidly create a work performed the same evening. Bay Area artists including Jesse Hewit, Jess Curtis and Rachael Dichter were among the participants. The routines, which included a jump rope, a small dog and plenty of other tasks and antics, were evaluated live by a team of judges from the art world.

Returning to my bike from Pepper Pepper’s glitterfied Critical Mascara “A Post-Realness Drag Ball” at the Works, I passed another warehouse, the Redd, with similar outdoor food vendors, twinkly lights, and a beer garden atmosphere. This hub belonged to the XOXO Festival. Now in its third year, the conference (Sept 11-14), founded by Andy Baio and Andy McMillan, bills itself as “An experimental festival celebrating independently-produced art and technology”.

Further up the street at Holocene I encountered XOXO attendees gathered for evening music programming. They flashed their orange badges to listen to a lineup of bands including Yacht, John Roderick and Sean Nelson, Nerf Herder, Vektroid, and DJ Magic Beans. XOXO is a closed affair, selling out tickets months prior. According to the Verge, “The number of people who experience XOXO in person is small: the festival is limited to 1,000 attendees, including 750 with all-access passes, and 250 who attend nighttime events but not the talks during the day.”

It was clear after speaking to several delegates at Holocene that few were aware they were blocks away from the dense batch of experimental artists at TBA. I can imagine these guys (and yes most of them were guys) enjoying sound artists like Tim Hecker presented by PICA this year. If XOXO is truly interested in cross field collaborations and self-identifies as an art and technology conference, I hope they consider how to work in conjunction with some of the risk-taking artists with wild imaginations at the simultaneous art festival, TBA, which has been running four times as long in Portland with an international reach.

Trendy food items like pork and the Negroni had moments in the spotlight at a third September festival, Feast Portland, presented by Bon Appetit Sept. 17-20. Founded in 2012 by Mike Thelin and Carrie Welch, Feast Portland highlights local culinary leaders and the bounty of the Pacific Northwest along with top chefs from across the country. And may your conscience be clear while you are possibly pigging out on pig – net proceeds of Feast go toward ending childhood hunger through Partners for a Hunger-Free Oregon and Share Our Strength.

Talent came from as far as Dallas and Atlanta to compete among 14 top chefs facing the challenge of the Widmer Brothers Sandwich Invitational at downtown Portland’s Director Park. Before the lines got long, I visited local favorites including Lardo’s Rick Gencarelli and Salt & Straw’s Tyler Malek (who was making a PB and J with brioche, jelly, and peanut butter ice cream). With three festivals providing such a dense convergence of art, food and technology, one thing’s for sure: September in Portland was made for San Franciscans.

For another take on the 2014 TBA Festival, check out Robert Avila’s piece here.