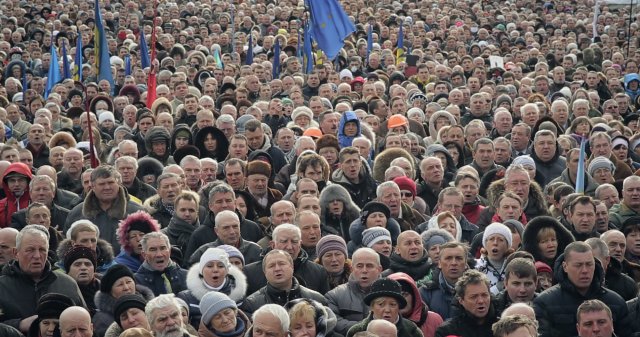 Zhang Yimou’s Ju Dou (1990) was an unofficial remake of the American film noir The Postman Always Rings Twice (1946) — and it was also a showcase for the 25-year-old Gong Li. I’ve grown up with each of his films over the past decades, including classics To Live (1994) and The Road Home (1999). His latest, Coming Home (China), is his most gut-wrenching film yet.

Zhang began his studies at the Beijing Film Academy in 1978, after the death of Mao Zedong and the end of the Cultural Revolution in 1976. He quickly blossomed into the leader of the Fifth Generation of Chinese filmmakers, and has gone through his fair share of controversy with the Chinese government and later with audiences who felt his films had lost their contrarian political stances. His latest heartbreaker is set during the Cultural Revolution, as it follows a university professor who is sent to labor camps, leaving his own wife and daughter to fend for themselves along with the negative status of being an “intellectual.”

Zhang was in attendance for the Coming Home screening, and spoke at length about how China’s youth have never heard any of this history and how this film is not just one family’s struggle, but represents stories of millions of people that are being forgotten. Gong’s remarkable turn as a traumatized peasant ranks as one the year’s best performances and shame on the Oscars (in advance) for not recognizing her (yet again). As an aside: this is Zhang’s 18th feature and eighth time working with Gong; someone really needs to be putting together a complete retrospective. Qigang Chen’s Coming Home soundtrack is still haunting me weeks after the screening. This film is more proof that sentimentality should not be considered a dirty word in cinema. In fact, those that fight nostalgic tendencies are often the ones that have the most to hide.

Hong Sang-soo’s Hill of Freedom (South Korea) is yet another mini-masterpiece from the filmmaker, and another hilarious take on awkward, drunken relationships between 40-somethings. Hong upends linear storytelling, as usual, and showcases the legendary Korean actress Moon So-ri. (Her most recent Hong film was 2012’s In Another Country, with Isabelle Huppert.) With a running time at only 66 minutes, Hill of Freedom makes for the perfect appetizer on any film festival night.

In Myroslav Slaboshpytskiy’s The Tribe (Ukraine), an all deaf-mute cast leads the way to one of the most explosive films of the year, and it does so without a single line of dialogue or subtitling. This otherworldly experience forces audiences to pay attention to every action that these excluded teenagers make. While it ruthlessly emphasizes the violent, transgressive, and explicitly sexual nature of the teens, there is an intense structuralist method being utilized here that multiple viewings will be necessary to further pinpoint.

Belarusian filmmaker Sergei Loznitsa’s feature debut was the remarkable narrative My Joy (2010), which consisted of (according to the filmmaker) “140 cuts in the whole film.” With his third film, Maidan (Ukraine), he has created a jaw-dropping observational documentary of the Ukrainian people’s uprising in Kiev from December 2013 to February 2014. It is comprised of a series of fixed long shots that will be burned into your skull for the rest of your life, though your patience may be tested during the film’s 133 relentless minutes.

Each sequence slowly gathers hundreds of faces, historically patriotic songs, and ultimately a unified people before, during, and after the government’s terrifying late night attacks. The film is not just a testament to the present-day political moment, but is a study in uncompromising cinema. This film has to be seen on a large screen. And if any local film festival to you is brave enough to program it, attend it all costs. Warning: A few audience members I spoke to were furious with the film for not “getting to know” any of the film’s inhabitants up close and personal.

Eugène Green is an American-born, naturalized French filmmaker that I had never heard of until his showstopper La Sapienza (France/Italy) screened on my final day at TIFF. With a plot that must be an homage to Roberto Rossellini’s Journey to Italy (1954), this eloquent exploration of a lifeless marriage caught me by surprise with its direct approach to the couple’s interactions. It follows Robert Bresson’s philosophy of removing cinema’s “masks,” and I found myself incredibly moved as a middle-aged man shared his genuine love for 17th century architect Francesco Borromini. Kino Lorber has acquired the film for a US release later this year — and with it, hopefully a larger audience for Green.

This was the first year that TIFF put together an international shorts program (“Short Cuts”), and art-house favorite Claire Denis led the pack with Voilà l’enchantement (France), a 30-minute tale involving an interracial couple and no sets. The mesmerizing actor Alex Descas shines in this wonderfully dramatic exercise. Tsai Ming-liang also continued his short film output with Journey to the West (Taiwan/France) — part of his “Walker” series. This time, Tsai brings his hidden camera to France and places both his regular actor Lee Kang-shang and the iconic Denis Lavant in unison on the streets of Marseille. The film runs close to 60 minutes, and there is truly nothing more enjoyable than watching these two performers hypnotizing the unaware locals (as well as the moviegoers around you). Tsai’s previous announcement of retirement will hopefully be soon forgotten.