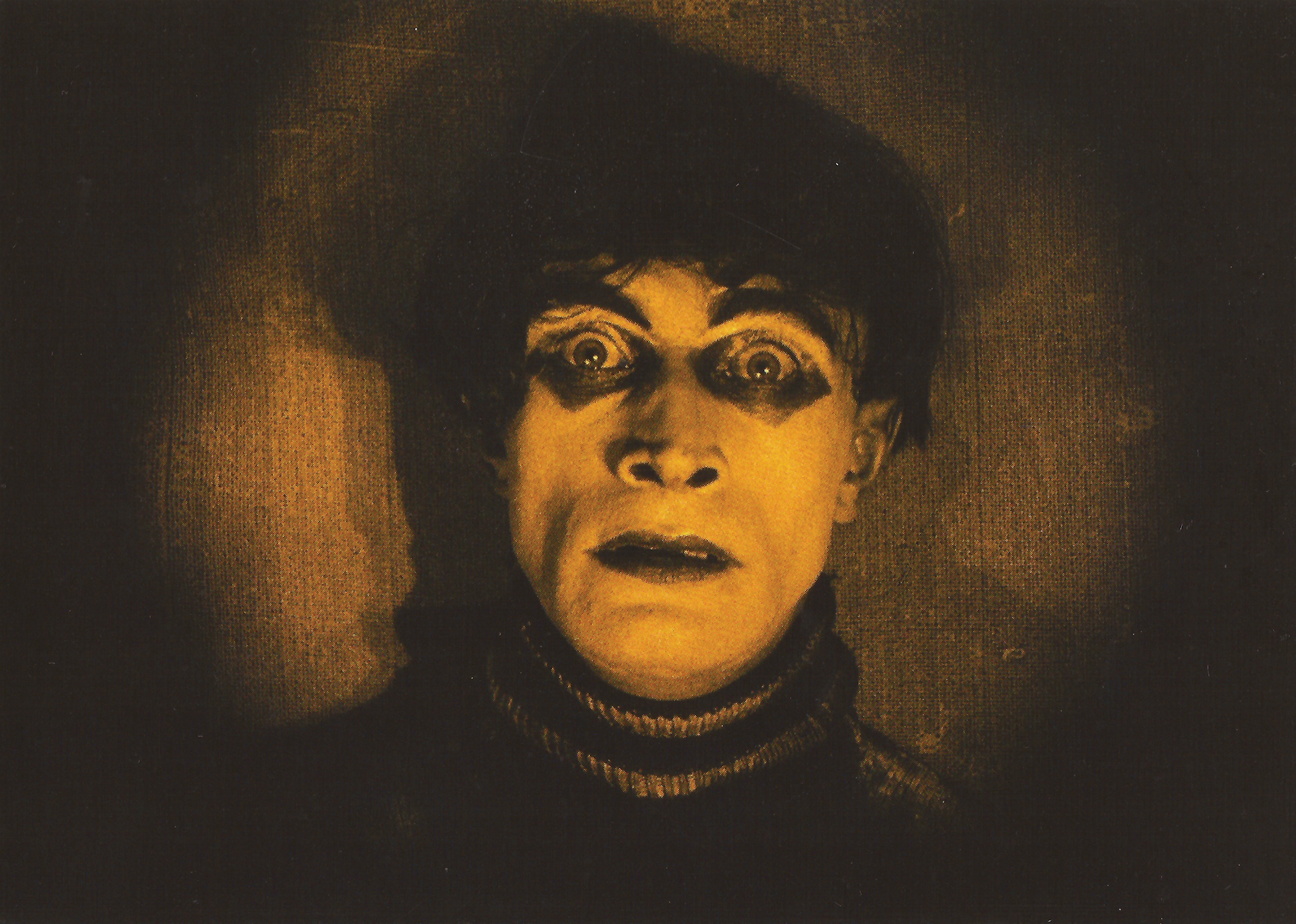 If Jesse Hawthorne Ficks’ ongoing Pixel Vision posts about the 2014 Toronto International Film Festival have you longing for your own festival experience, check out the San Francisco Silent Film Festival’s one-day “Silent Autumn” series at the Castro Theatre, as well as Cine+Mas’ San Francisco Latino Film Festival, which opens tonight at the Brava Theater and runs through Sept. 27 at various venues.

First-run picks o’ the week include Liam Neeson’s latest lone-wolf action movie, an ensemble movie starring Tina Fey and Jason Bateman, and Kevin Smith’s new joint, in which Justin Long turns into a walrus. Yep, you read that right. Read on for reviews and trailers!

The Disappearance of Eleanor Rigby Writer-director Ned Benson’s The Disappearance of Eleanor Rigby began as separate films about a failed marriage, told from the points of view of the husband (James McAvoy), and then the wife (Jessica Chastain). Because Americans will happily binge-watch entire TV seasons but still get the shakes when confronted with a two-part film, the segments (titled Him and Her) are getting wide release in the edited-together Them. (Diehards will have a chance to seek out the complete work eventually, but for now, this review concerns only Them.) As the film begins, Chastain’s Eleanor (yep, named after the Beatles song) flings herself off an NYC bridge. She survives physically, but her mental state is still supremely fragile, so she checks out of her Manhattan life and her marriage to Connor (McAvoy), and digs in at the chic suburban saltbox occupied by her parents (Isabelle Huppert and William Hurt) and sister (Jess Weixler), a single mother with a young son. Meanwhile, Connor mopes around his failing restaurant with his chef BFF (the suddenly ubiquitous Bill Hader), and pays occasional visits to his own moping father (Ciarán Hinds). The estranged couple circles each other, in flashbacks and occasional run-ins, and the audience is slowly made privy to the tragedy that drove them apart and has them both reeling from grief months later. Even in mash-up form, this is a delicate film, enhanced by Benson’s confidence in his audience’s intelligence; what could have been a manipulative tear-jerker instead feels authentically raw, with characters whose emotional confusion leads them to behave in realistically frustrating ways. The casting is note-perfect, with a special nod to Viola Davis as Eleanor’s world-weary college professor. I’ll be seeking out Her just to catch more of that performance. (2:03) (Cheryl Eddy)

The Iceman A palace guard accused of murder (martial arts star Donnie Yen) and three vengeful brothers are all frozen mid-battle — only to defrost 400 years later and pick up where they left off. (1:46) Four Star.

Los Angeles Plays Itself Remastered and newly cleared for fair use, Thom Andersen’s incisive 2003 film essay on narrative cinema’s many representations and misrepresentations of Los Angeles plays a single night at the Castro. Andersen’s impressively choreographed montage zigzags through a vast litany of film history, submitting erotic thrillers, middlebrow Oscar bait, and avant-garde outliers to the same materialist protocol. Observing Hollywood’s tendency to falsify geography and transform landmarks of modernist geography into villainous hideouts, Andersen’s treatment of mainstream ideology is acidly funny but never condescending. To the contrary: Los Angeles Plays Itself is driven by an unshakeable faith that another kind of film — and with it another kind of world — is possible. In methodically deconstructing countless car chases and phony denouements, the native Angeleno lays groundwork for the fresh appreciation of the diverse neorealisms found in the work of directors like Kent Mackenzie (1961’s The Exiles), Nicholas Ray (1955’s Rebel Without a Cause), Fred Halsted (1972’s LA Plays Itself), Charles Burnett (1979’s Killer of Sheep), and Billy Woodberry (1984’s Bless Their Little Hearts). A true work of termite art and an impassioned argument for “a city of walkers, a cinema of walking,” Los Angeles Plays Itself is the closest thing to a cineaste’s Death and Life of Great American Cities. (2:49) Castro. (Max Goldberg)

The Maze Runner In a post-apocalyptic world, a youth (Dylan O’Brien) finds himself among a group of boys trapped at the center of a mysterious maze. Based on the YA novel by James Dashner. (1:53)

This Is Where I Leave You Jason Bateman plays Judd Altman, the hollow center of a clan of snarky, squabbling siblings — Wendy (Tina Fey), fractiously married with kids and pining for her high school sweetheart (Timothy Olyphant); Paul (Corey Stoll), who runs the family sporting goods store; and Phillip (Adam Driver), a philandering über-fuckup currently dating his former therapist (Connie Britton) — reunited somewhere in eastern seaboard suburbia by the death of their father. This vaguely sketched individual’s last wish, they are informed by their mother (Jane Fonda), a therapist turned author who mined their adolescence for pop psych bestseller gold, was that, his atheism notwithstanding, they conform to Judaic tradition and sit shivah for him. A seven-day respite of quiet reminiscing and clarifying reflection, broken up by periodic babka-and-whitefish-salad binges, could be good for Judd, whose recent misfortunes also include coming home to find his wife (Abigail Spencer) between the sheets with his shock jock boss (Dax Shepard), resulting in a divorce-unemployment double whammy. But there is no peace to be found at the Altman homestead, where fuses blow, siblings brawl, in-laws conduct high-volume international business transactions and reproductive rites, and Wendy’s latchkey toddler wanders the property with his portable potty. Director Shawn Levy (2013’s The Internship, 2010’s Date Night) and writer Jonathan Tropper, who adapted the script from his novel, don’t want any of the siblings, or satellite characters, to feel left out, and the story line is divvied up accordingly. But the results are uneven — lumps of comedy and genuine pathos dropped amid the oppressive exposition, pat resolutions, and swings in pacing from slack to frenetic. (1:43) (Lynn Rapoport)

Tusk Michael Parks has a gift for looking like he’s in a different movie than everyone else, and it’s possible that ineffable skill of his has found its best use to date in Kevin Smith’s new fuck-you horror-comedy Tusk. When jerky podcaster Wally (Justin Long) finds a video that begins like “Star Wars Boy” but ends with dismemberment, Wally flies to Canada to interview the “Kill Bill Boy” (so named for the sword wielding and spurting stump). Wallace reaches his destination and is importuned by the funeral. This is one of a handful of scenes that exists to make us happy when Wally meets magical storyteller Howard Howe, an ex-sailor full of sea tales and an dark plan to turn Wally into a Franken-walrus. The story is based on something Smith hashed out in his sModcasts (excerpted during the credits) and when you look for author surrogate (not that you should) Wally’s impossible to distinguish from Smith. Asshole podcaster? Fights for permission to work freely? Body issues? All Wally needs is a dachshund and a jersey. Tusk isn’t up to the level of Smith’s early output, but it’s right in line with the decline in quality he’s been facing since critics broke his spirit, studios turned cold shoulders, and cynicism naturally set in. I hope whatever soul coughing Tusk represents will provide Smith momentum and license to leave any transformative hardships behind him — there are always beacons of hope (an uncredited Johnny Depp provides a good one here). Despite fundamental frustrations, Tusk has some deep and inky moments. When Howe takes Wally’s leg from him (leveling him to a “Kill Bill Kid”-styled punch line) Wally wails impotently, and Howe laughs — at what, it’s not certain (perhaps it’s really Parks, guffawing at Long’s performance?), but whatever that gloriously complicated motivation was, in the mingling of cries emerges an eerie but profoundly communal squall. (1:42) (Sara Maria Vizcarrondo)

A Walk Among the Tombstones The latest in Liam Neeson’s string of films in which he plays a tough guy uncannily adept at hissing orders (or threats) through a telephone is as pitch-black as its eerie title suggests. Set conspicuously in 1999, when Y2K and far more sinister threats loomed (see: a poignant shot of the World Trade Center), Tombstones is the grim tale of Matt Scudder, a loner with both an NYPD career and a prodigious drinking habit wedged 10 years in the past. He maintains his bare-bones lifestyle by doing off-the-books PI work, but none of his dirty-deeds experience can prepare him for his next case, a nightmarish pile-up of missing women sliced to pieces by a van-driving maniacs. Working from Lawrence Block’s novel, writer-director Scott Frank (2007’s The Lookout) emerges with surprisingly layered characters that extend beyond the archetypes they initially seem to be at first; besides Neeson’s Scudder, there’s a street-smart youth who becomes his sorta-helpful sidekick (Brian “Astro” Bradley), and a vengeful drug dealer (Dan Stevens) with a junkie brother (Boyd Holbrook). Even the murderers behave in unexpected ways. And if its story hews a bit too closely to Urban Noir 101, it’s bleak as hell, and has the guts to make relentlessness one of its primary objectives. (1:53) (Cheryl Eddy)

Wetlands It begins, like many a classic coming-of-age tale, with an unbridled case of hemorrhoids, followed by a barefoot meander through possible sewage to the vilest public restroom captured on film since 1996’s Trainspotting. None of this seems to faze Wetlands’ outspoken heroine and narrator, 18-year-old Helen (Carla Juri), a skateboarding, sexually adventurous young maniac who admits to having a markedly lax attitude toward personal hygiene. Viewers of director-cowriter David Wnendt’s film, however, may want to refrain from visiting the concession stand just this once — chewing on Milk Duds is likely to become negatively evocative as Helen embarks on a round of tactile explorations involving a tasting menu of bodily excretions. The biotic high jinks continue when she winds up in the hospital in the wake of a viscerally enacted shaving incident, from which vantage point, occasionally under general anesthesia, she revisits scenes from both her fraught childhood and her teenage exploits, wandering between the homes of her divorced parents: an anxious, uptight germophobe mother (Meret Becker) and a checked-out, self-indulgent father (Axel Milberg), whose inadvisable rapprochement she hopes to engineer from her hospital bed. Impressively, amid the advancing waves of gross-out, a poignant story line emerges, and, like Helen’s handsome, bemused nurse Robin (Christoph Letkowski), the object of her wildly inappropriate advances, we find ourselves rolling with the shock and revulsion, increasingly solicitous and bizarrely charmed. (1:49) (Lynn Rapoport)