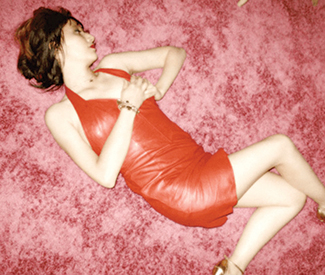 LEFT OF THE DIAL Amid all the geeky hyperventilating last week about the iPhone 6 and the Apple Watch, U2 — the Irish rock giants by whom the announcement of new music inspires roughly the same level of excitement as a new flavor of seasonal, sugar-free Starbucks latte, and among the same demographic — tried to pull a Beyoncé by dropping a new album out of nowhere. For free!

Problem is, they dropped it into everyone’s iTunes (Bono’s a good friend of Jony Ive, the senior VP of design and smarmy videos at Apple) without asking. And not everyone likes U2. Tyler the Creator, in a burst of creative Twitter activity, compared finding it on his phone to waking up with a pimple “or herpe,” concluding “FUCK BONO.”

As of this writing, Apple has launched an entire site to help annoyed people get the record off their phones.In that spirit: Here are three albums that would have been a welcome surprise instead.

Oh, Karen O — we’ve had a crush on you forever, and now you go and do this? The Yeah Yeah Yeahs frontwoman’s first solo record, out Sept. 9 on Julian Casablancas’ Cult Records, is full of raw, melancholy, lo-fi songs she wrote in 2006 and 2007, and is honestly almost too easy on the ears. Anyone who fell for O’s plaintive vocals and stripped-bare songwriting on the Her soundtrack will be entranced by this album, which O describes thusly: “When I was 27 I crushed a lot. I wasn’t sure I’d ever fall in love again. These songs were written and recorded in private around this time. They are the soundtrack to what was an ever continuing love crusade. I hope they keep you company on yours.”

Brace yourselves: Christopher Owens — the pen and voice behind two albums of sweetly tortured, confessional Girls songs (RIP), in addition to last year’s first solo effort, the prog-rock folk moodiness that was Lysandre — sounds happy. This sophomore solo effort, culled from songs Owens says he’s written over the past four years, shows a songwriter fully embracing his country and gospel influences, the latter of which lend an especially theatrical element to songs like the one for his late brother, “Stephen.” The majority of these songs are rollicking, dance-around-your-kitchen-while-making-dinner upbeat, which we could get used to.

A bright, hard-rocking new opus from one of the hardest-working 53-year-olds in the business — and one who still thankfully calls the Bay Area home. Check next week’s Bay Guardian for our in-depth interview with Mould about his life in SF and the making of the new album.