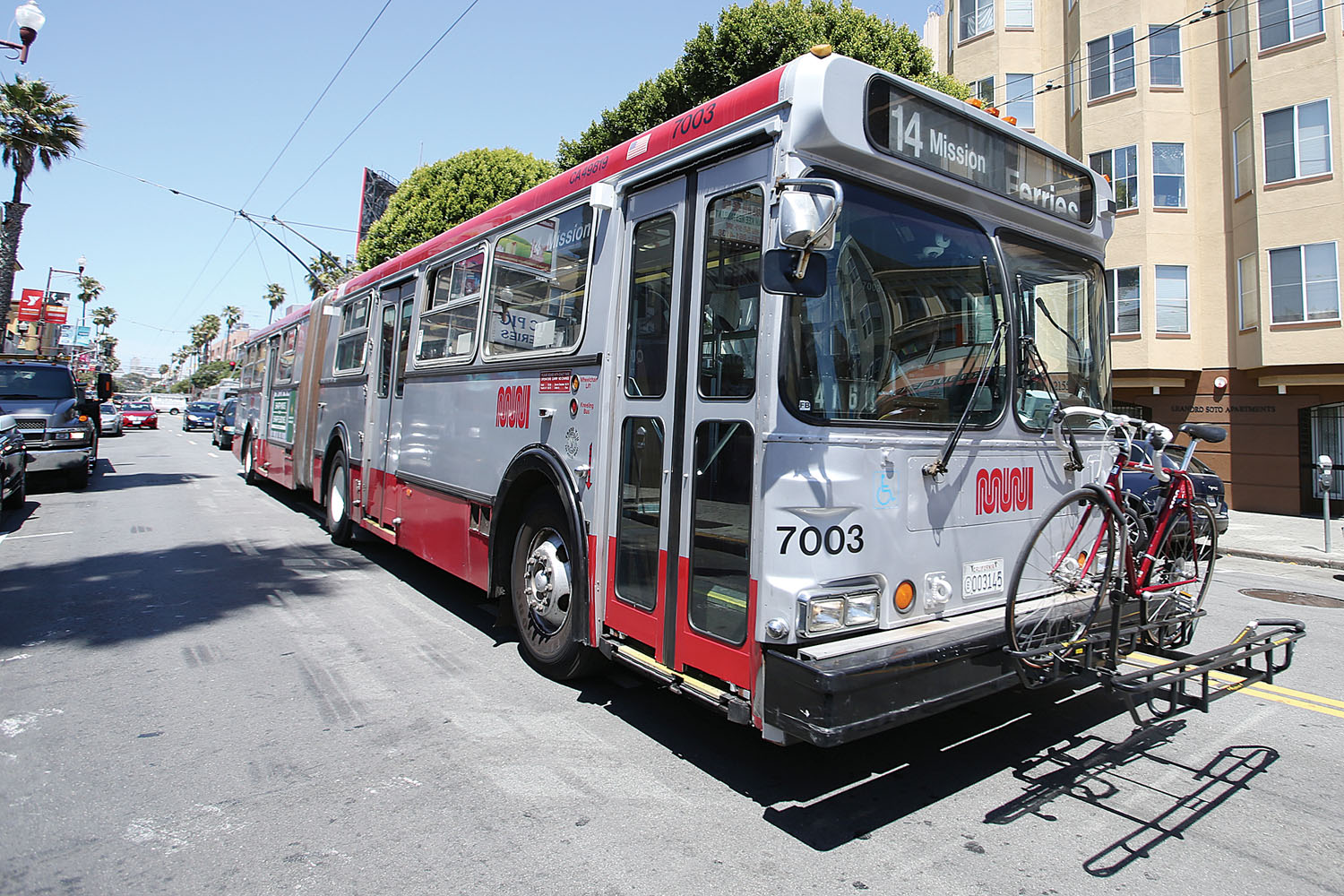 With racks that can hold only two bikes on the front of most Muni buses, and no bike access on Muni’s light rail fleet, Sup. Eric Mar is calling on Muni to look at improving its bike-access. At today’s Board of Supervisors meeting, he called for a hearing to explore what can be done to address the problem.

“We’re looking at expanding the capacity of Muni for those that ride their bikes,” Mar told the board.

Currently Muni vehicles can carry two bikes at the front of each vehicle on its racks, which Mar called inadequate. Notably, only folding bikes are allowed on any Muni vehicle, which means light-rail riding bicyclists are left in the dust, bike grips in hand.

A hearing on increased bus-bike capacity is especially timely, as Gov. Jerry Brown just signed AB 2707 into law last Tuesday, allowing transit agencies to increase the bike rack capacity on some buses to three bikes, instead of two. Also, San Francisco is anticipating a new fleet of buses, Mar noted, which may be a ripe opportunity to increase bike access.

We contacted the San Francisco Municipal Transit Agency for comment on the cost and feasibility of any such bike improvements, and spokesperson Paul Rose said the agency is in the process of gathering that data.

San Francisco Bicycle Coalition Executive Director Leah Shahum said this was a good step for the city to take, but one that’s taken years to come to fruition.

“We’re really thrilled to see Supervisor Mar on the forefront of bike access, but this is also not a new idea,” Shahum said. “This was laid out in our bike plan years ago. We’ve seen advances in this regionally with BART lifting its ban on bikes.”

Caltrain has also grown its bike access in recent years. “It’s exciting to see San Francisco able to do the same,” Shahum said.

The bike plan really highlights the opportunity for bikes on light rail vehicles, she added. But she wants to encourage the SFMTA to consider less busy times, like weekends or off-peak hours to bend those rules.

“Consider a family going to the Beach Chalet or someone who wants to enjoy Sunday Streets on the weekend,” she said. “Weekends could be an ideal time, (for bikes on light rail), especially for families.”

“We need to start with what San Francisco State University Professor and Bay Guardian columnist Jason Henderson calls automobility, the feeling where everyone feels they need to drive in the city,” Mar said. “We need to encourage people to walk bike or take transit.”

Mar’s office told the Guardian they’re anticipating the hearing would take place in November, after the frenzy of the upcoming election.