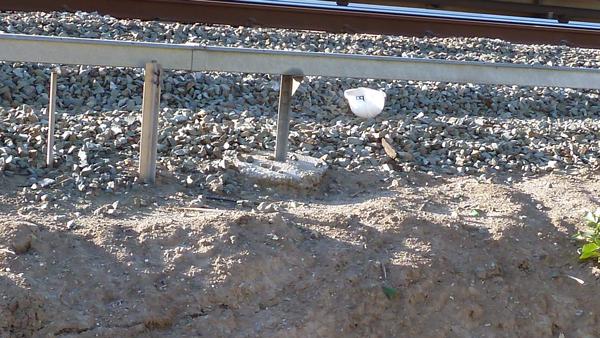 As BART management and unions were locked in dysfunctional contract negotiations that would result in two strikes and two deaths last year, the district and the media scoffed at workers safety concerns and waged a media campaign demonizing the unions. Now, a new report commissioned by the district calls that strategy a horrible mistake.

The report from independent investigators Agreement Dynamics Inc., “Bay Area Rapid Transit Collective Bargaining Report and Recommendations,” reveals BART management perceived the Bay Area as anti-union. This guided its decision to hire Tom Hock as a contract negotiator and adopt a union-bashing public relations strategy that was then amplified by most local mainstream media outlets.

“In interviews, Tom Hock said he believed the strike would be very short and the unions would have to come back and reach an agreement,” the report, which was based on more than 200 hours of interviews of 60 BART employees, managers, and contractors, found. “He said media reports also heavily favored the management perspective.”

The San Francisco Chronicle and the San Jose Mercury News attacked BART’s workers in their news and editorial pages, stoking the flames of anger. “As to union claims that this is all about safety — how stupid do they think the public is?” the Merc opined in a July 2013 editorial. The Chronicle struck a similar tone in its Oct. 18 editorial, blaming workers and writing “the walkout is the height of irresponsibility.”

The unions warned management not to run the trains during the second strike, but those safety warnings went unheeded. A contract deal was reached only after two men working on the tracks during the strike, Laurence Daniels and Christopher Sheppard, were accidentally run down during what was later revealed as a replacement driver training exercise — warnings be damned.

“Some in management believed they had a good media strategy that put the public on their side,” the report found. Therefore, “the public was angry with the unions for demanding too much in their contracts.”

BART approved a contract from big-time public relations firm Singer Associates in April last year. Sam Singer and his firm are well-known for pulling the strings of local journalists and using scorched-earth tactics. As a result, articles highlighted riders woes and selected employee salaries while discounting safety and other concerns raised by workers.

But BART management and its board had longstanding CAL-OSHA violations, some of which were the subject of labor negotiations leading up to the strike. Notably, BART’s now-defunct “simple approval” policy, by which workers verbally notified management they would be working on the tracks, was one that both workers and state regulators long urged the district to change. The two deaths were linked to that controversial practice, which BART has since ended (see “Tragedy follows strike,” 10/23/13).

State regulators have fined BART for that fatal misjudgment and a final report from the National Transportation Safety Board is expected in the coming months. Only The Nation, East Bay Express, and Bay Guardian covered BART safety concerns with any depth or gravity before the two workers’ deaths. It’s hard to tell who led the dance — did the mainstream media embolden management, or did management lead on the media? Either way, safety was not a priority for BART managers during negotiations.

“Key points made about safety in bargaining sessions, as reported to us, fell on deaf ears,” the report’s authors noted. “Management thought the unions were just posturing, and the unions thought management was refusing to engage.”

The unions, the report found, “voiced frustration that they have raised these issues repeatedly, and management was not responsive…The ‘simple approval’ policy was seen as indicative of management’s unwillingness to deal with safety concerns until two workers were killed during the second strike in 2013.”

BART’s next contract negotiation is set for 2017. The transit agency has much work to do to repair its lingering culture of distrust, but so-called unbiased media need to cop to their anti-union slants. It took two deaths to show how relevant safety concerns really were.