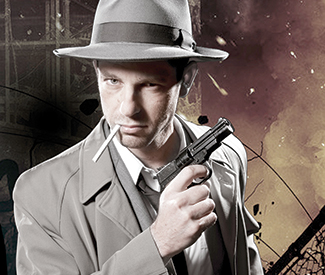 THEATER The first show of the first night of this year’s San Francisco Fringe Festival was a local story, a confessional by a man who’s spent 27 years “irritating” his wife and “annoying” his children as a workaday clown. If this isn’t what the Fringe is all about, it’s pretty close.

As a non-curated, lottery-based affair where the artist keeps all proceeds from ticket sales (host Exit Theatre collects donations toward the larger effort, and hopes you’ll buy a beer or two to wash down the Exit Café’s always complimentary bowl of pretzels), the Fringe is a magnet for the tell-all and tawdry solo outing. This is a good part of why we like it. Technically anyone can get in, with presumably almost anything they’d like to stage for a live audience, and, as a result, shamelessness of different sorts abounds. And despite the wide net of possibility cast by the proceedings, a hefty percentage of shows tend to converge around this redoubtable — or is it doubtful? — formula, turning the theater into a kind of confession booth where, if you want to be absolved of anything, you better make it good.

Through the Eyes of a Clown is a heartfelt and not unsympathetic instance of this compulsion. It’s an “apology” by David Magidson, aka Boswick the Clown, unfolding on a small stage lightly cluttered with the paraphernalia of the profession. Using his inside clown voice, the longtime licensed balloon-tier and pratfaller speaks of getting his first laugh at a tender age and never looking back. While self-effacingly frank about the culturally suspect side of his chosen obsession, Magidson, a graduate of Ringling Brothers Clown College, also offers an implicit defense of the calling, pointing to contemporary heroes like Pickle Family alum Bill Irwin (as chance would have it, right then only a couple of blocks away preparing to open at the Geary) and Stephen Colbert (a clown by definition, according to Magidson, because, rather than merely rendering comic critique from outside, his satirical right-wing persona invites you to see the world through his own eyes).

The mix of personal and observational detail can be interesting, and probably has more potential than is admittedly realized here. There are also some intriguing admissions around Magidson’s distance from his audience, his inability to always sympathize with them, even when they’re children in hospitals. It’s the laughs he’s after, and the laughs he needs. This realization stirs an unrest or discomfort in him, but it’s mingled with a specialized solipsism that’s almost clinical.

This confusion and paradox is maybe the heart of this rambling piece — although also impressive are the few (too few) passages of deft physical comedy that show off the highly tuned wackiness and balletic precision of the professional. The writing, however, is a mishmash that needs editing to bring out a stronger arc. More urgently, Magidson could use a directorial hand, since too often the show feels rudderless and his delivery off-kilter. At the same time, the ingenuousness of his account and the boyish enthusiasm middle-aged Magidson still generates for a career choice most people would politely call ill-advised are the real thing, and they suggest that, along with the clown, there’s a better, stronger show lurking somewhere inside.

The second show of the night was a second clown, albeit in gumshoe drag. In 2 Ruby Knockers, 1 Jaded Dick, Melbourne’s Tim Motley fires a volley of one-liners in a hardboiled accent vaguely tinged with an Aussie drawl — a veritable taxonomy of the corny, bawdy similes of the iconic private eye delivered in trademark trench coat, his eyes a band of shadow beneath a well-molded fedora.

For Motley, the PI shtick is a ready vehicle for a little mind reading and a card trick or two as the lights go up on his unsuspecting audience, which gets worked into a convoluted plot involving a (titular) sinister mastermind. Off-the-cuff smarts make the quick-witted Motley’s unabashedly hokey offering an enjoyable as well as somewhat unruly ride, as he does his best to shepherd clueless audience members — themselves doing their best to play along — through a zany caper. *