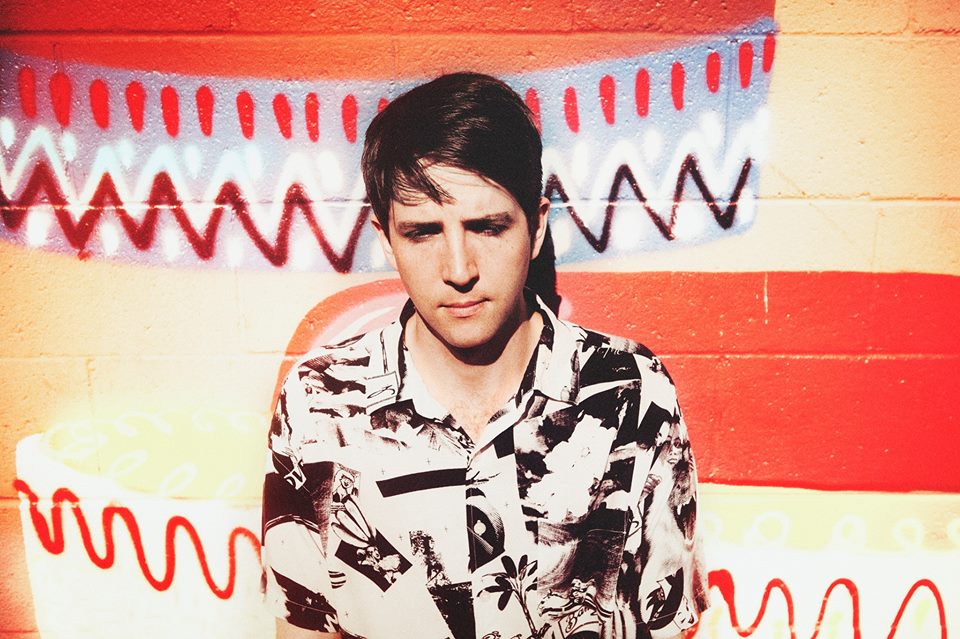 You probably wouldn’t assume that someone who’s been putting out solo material for nearly 10 years would be best known for their contributions to other artists’ work, but Owen Pallett shows us that it can happen, and that it’s not necessarily a bad thing, either.

If you were to break Pallett’s career down into a pie chart (similar to the ones Ann Friedman makes that he and I touched on during our chat), then the contents of said pie would be as compelling as they are diverse. At age 34, the prolific Pallett has fashioned string arrangements for acts ranging from Grizzly Bear and Beirut to Linkin Park and Pet Shop Boys. Super-producer Brian Eno is also in on the goods — he can be counted among Pallett’s fans and is featured heavily on Pallett’s new album, In Conflict. And then, of course, there’s the Academy Award nomination he and Arcade Fire’s Will Butler received earlier this year for scoring Spike Jonze’s nearly-reality-sci-fi film, Her. Pretty impressive pie so far — and it’s not even fully populated yet.

Pallett is currently on the road promoting that new record, his fourth solo work, which marks the artist’s second time releasing material under his given name. (He started his career performing as Final Fantasy and his appreciation of video games is only further established by looking at some of his early track names, like “Adventure.exe.”) Reviews of Pallett’s live performances have been almost unanimously blemish-free, and it looks like his most recent tour is no exception. In spite of being lauded for his complex arrangements as well as mastery of his violin and voice via loop pedal (think Andrew Bird), Pallett took a more minimalistic approach on In Conflict, offering fans a simpler and more languid listening experience. But this is by no means signifies a “normcore” album — Pallett is still safely within the bounds of baroque pop here.

He was in Chicago, his last week on tour with Arcade Fire, taking a break at the Soho House when we spoke on the phone. Regardless of the topic, you pick up on something after a few minutes of conversation with Pallett: He values integrity. In Conflict seems like a preemptive name for his most recent album, as there have been several moments of legal or moral discord in Pallett’s career — he refused to accept the money from winning the Polaris Prize in 2006 because of his “antagonistic relationship with the sponsors,” instead giving it to bands he liked that were in need of financial assistance. He also asked Austrian infrastructure service provider Wiener Stadtwerke to sponsor a music festival of his and his agent’s curation instead of taking the company to litigation when it used one of his songs without approval.

Pallett’s advantageous way of handling disputes could also be a reason why he’s such a desired collaborator, especially since his attitude toward differences of opinion goes beyond business — well, kind of. Pallett’s manager is his longtime boyfriend Patrick Borjal, and as one could imagine, Pallett claims they “fight more about work than (they) do about anything else, to be honest.” He adds, however, that “the way we deal with it, I’m very proud of, is that we don’t communicate verbally about work. All of our work related talk is done through email.” If we could all be so lucky.

The systematic way Pallett views the world is evident throughout our exchange, and beyond it — to get an idea, take a look at one of his pieces in Slate. When he weighs in on what it’s like to have his boyfriend be his manager, he acknowledges that “the division of finances is easy,” but that “having my boyfriend as my manager means you won’t see me on [The Tonight Show Starring Jimmy] Fallon or anything…’cause we don’t know how to do that!” He laughs. “Like, we don’t know the number to call! How do you get on Fallon now?” I suggest Googling it.

Fallon or no Fallon, it appears that Pallett’s schedule is at capacity. “Ah, fuck! You’re so lucky!” he exclaims when I share my recent trip to LA’s FYF Fest. “That’s one of the few festivals I like…the bands and the lineup.” Undoubtedly one of the best acts that weekend was another frequent collaborator of Pallett’s, Dan Snaith, who performed as Caribou and Daphni. Pallett teamed up with Snaith on both his projects recently — he’s all over Caribou’s new album, Our Love, having done strings on six tracks, and he also worked on two Daphni tracks, “Julia” and “Tiberius.”

Pallett spoke modestly about how satisfied he was with the Daphni tracks, saying he “felt they were some of the best things [he’s] ever contributed to,” in addition to chuckling about the tour that never was. “A part of me was like, ‘Ehhh…In Conflict hasn’t been making that big of a splash, maybe I’ll just ask Dan to take me on tour in the fall instead.’” Luckily for us and unfortunately for Snaith, that didn’t come to the fruition.

Owen Pallett will be playing this Fri/12 at the Great American Music Hall. I suggest showing up at 9 when the openers come on, as they are “two of [Pallett’s] favorite bands at the moment,” and given his experience, I’m inclined to trust his tastes.