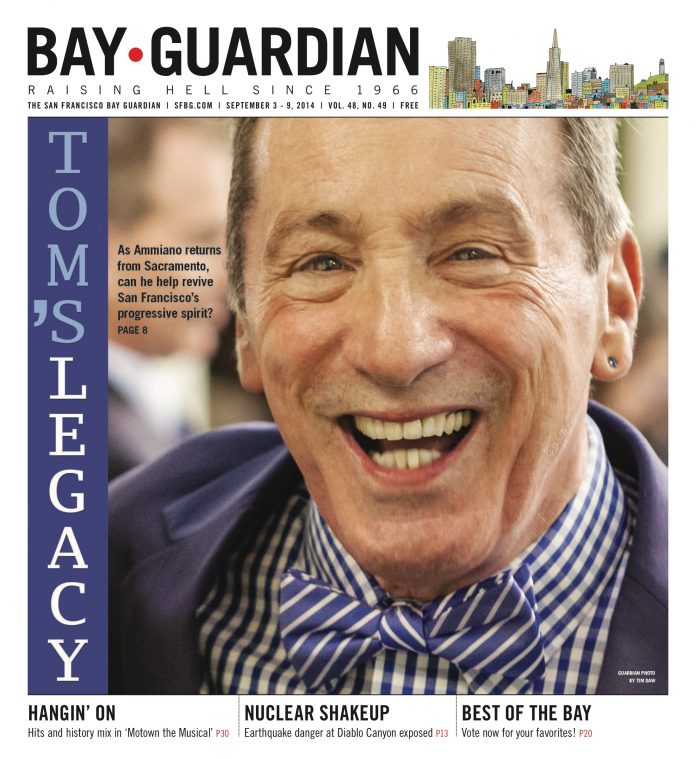 EDITORIAL The San Francisco Board of Supervisors returned to work this week after a month-long summer recess. While it may be too much to expect the supervisors to seriously tackle the many pressing issues facing this city during the fall election season, that’s exactly what needs to happen.

The city has been cruising along on auto-pilot, propelled by inertia more than any coherent political leadership, its elected leaders content to throw political platitudes and miniscule policy remedies at huge problems that are fundamentally changing the city.

While the eastside of the city is being rapidly transformed by rampant development, with no real plan for the displacement and gentrification that it’s causing, the westside still has suburban levels of density and no plan for shouldering its share of this city’s growth pressures. It’s good to see Sup. Katy Tang take a small step toward addressing the problem with her recently introduced Sunset District Blueprint, which seeks to build up to 1,000 new homes there over the next 10 years, that conceptual framework will require political will and more concrete goals to become reality.

To serve the density that westside residents are going to have to accept, the city and its Transportation Authority also must fast-track the Geary Bus Rapid Transit program that has languished for far too long. And the city’s “Complete Streets” and “Vision Zero” transportation reforms need to become more than just slogans, instead backed by the funding and commitment they need to become reality.

Similarly, there’s no reason why the Mayor’s Office, Planning Department, and pro-growth supervisors should be waiting for voters to act on Proposition K, the watered-down housing advisory measure, before they create a plan for implementing Mayor Ed Lee’s long-stated goal of building 30,000 new housing units, more than 30 percent of them affordable. That should have already happened before the promise was made.

This week, while the Board of Supervisors was slated to approve master lease agreements with the US Navy to develop Treasure Island, the city still isn’t seriously addressing concerns about radioactive contamination on the island or the project’s half-baked transportation plan.

Another important issue facing this compassionate city is how to provide legal representation for the waves of child refugees from Central America facing deportation in immigrations courts here in San Francisco. Board President David Chiu proposed a $100,000 allocation for such legal representation, which is a joke, and the board should instead approve the something closer to the $1.2 million commitment that Sup. David Campos has proposed.

We could go on and on (for example, when will Airbnb make good on its past-due promise to pay city hotel taxes?), but the point is: Get to work!