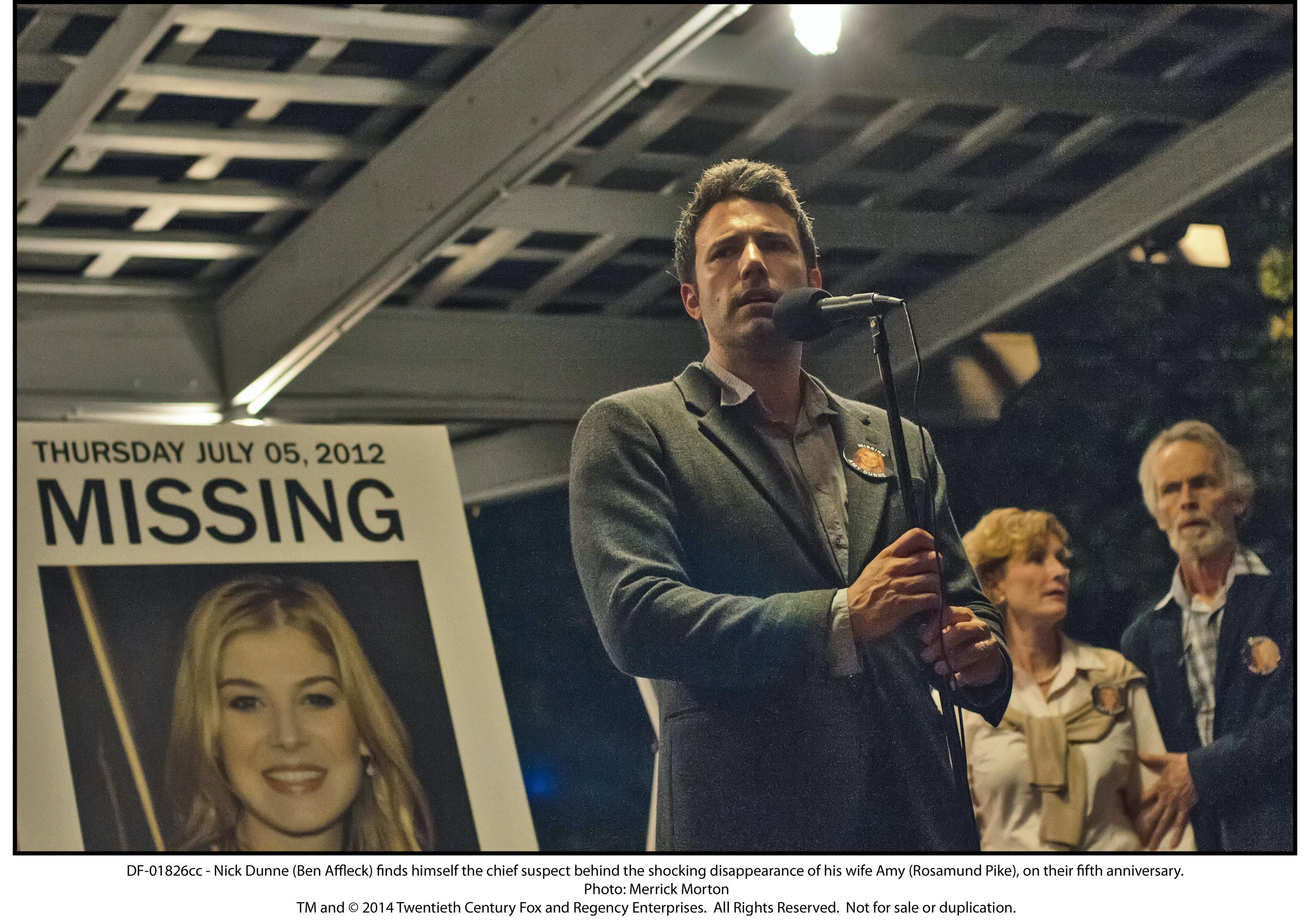 FALL ARTS Autumn is primo movie season, not just in awards-hungry Hollywood. Here in the Bay Area we’ve got unique rep programming and festivals galore to keep our eyeballs fully engaged — and just enough room for some prestige movie-star pictures for dessert.

Standing its ground on turbulent, tech-chic Valencia Street, gallery and screening venue Artists’ Television Access marks its 30th anniversary with “ATA Lives!” Sept. 4 brings a showcase of works by staffers past and present — and then a 30-hour marathon screening and benefit curated by local artist Gilbert Guerrero. Other anniversary events include programs dedicated to the Kuchar brothers and a fresh installment in “live cinema” series Mission Eye & Ear. www.atasite.org

ATA co-founder Craig Baldwin launches the latest Other Cinema season Sept. 13 with an “ATA Superstars” showcase of works by Bryan Boyce, James Hong, and others. Another highlight is Sept. 20’s “Anomalies from the Archive,” with East Coast artists Walter Forsberg and John Klacsmann performing what Baldwin describes as their “exploded view of a Technicolor lab error,” as well as sharing “kino-curiosities” from the Prelinger Archives, SF Media Archive, and other sources. Also cool: a basketball-themed night (Oct. 25) and an experimental sci-fi program (Nov. 8) that takes on the failed Soviet lunar landing, among other topics. www.othercinema.com

The Exploratorium continues its “Saturday Cinema” shorts (Sept. 6, it features 1933 stop-motion marvel The Mascot) as well as its “Off the Screen” series, including another chance to see Forsberg and Klacsmann’s Technicolor N.G. (Sept. 18) and an outdoor showing of Impossible Light — maybe your only chance to see a doc about the Bay Lights while the Bay Lights themselves glitter in the background (Sept. 25). www.exploratorium.edu

Now in its 11th year, Bernal Heights Outdoor Cinema continues its tradition of showing works by local artists. It kicks off Sept. 4 at El Rio with a shorts program, plus a performance by comedian Johnny Steele; it continues the next night with the ever-popular “Film Crawl on Cortland,” with screenings at venues like the Bernal Heights Neighborhood Center throughout the night. Sept. 6, “Under the Stars” brings short films to Precita Park. Oct. 7, the fest returns for a “Best of Bernal Night” at the Mission Cultural Center for Latino Arts. http://bhoutdoorcine.org

Also at the Castro, the San Francisco Silent Film Festival moves its popular “Silent Winter” to Sept. 20 and renames it (aha!) “Silent Autumn.” Per usual, the programming is excellent, with top-notch musical accompaniment planned for each screening. Compilations include “Another Fine Mess: Silent Laurel and Hardy Shorts” and the British Film Institute’s time-capsule peek at the start of World War I, “A Night at the Cinema in 1914.” Features are the Valentino classic The Son of the Sheik (1926); Buster Keaton comedy The General (1926); and German Expressionist chiller The Cabinet of Doctor Caligari (1920). www.silentfilm.org

The Castro Theatre’s own programming unveils tributes to both Robin Williams (series starts Sept. 7) and Lauren Bacall (Oct. 1). The Castro is also the most consistent venue for Jesse Hawthorne Ficks’ “Midnites for Maniacs” series; Sept. 19 honors “Diegetic Odysseys” with a double-feature of Inside Llewyn Davis (2013) and Coal Miner’s Daughter (1980). www.castrotheatre.com; www.midnitesformaniacs.com

Didn’t make it to any of the big out-of-town film festivals this past year? Don’t worry — the Roxie‘s got your back with a calendar that includes the buzzed-about Memphis (opens Sept. 19); Nick Cave docudrama 20,000 Days on Earth (Sept. 26); Catherine Breillat’s Abuse of Weakness (Oct. 3); and Alex Ross Perry’s Listen Up Philip (Oct. 26). www.roxie.com

And in micro-cinema news, the Vortex Room promises “Rock You Like a Vortex Room” as its next Thursday Night Film Cult theme (starts Oct. 8; think musical-themed oddities, like 1974’s Phantom of the Paradise), while the Berkeley Underground Film Society’s “Lost and Out of Print” September event majors in burlesque, highlighted by a 16mm screening of 1930’s The Blue Angel (Sept. 19-21). Facebook: The Vortex Room; lostandoutofprintfilms.blogspot.com

Legacy Film Festival on Aging Shorts, features, and documentaries from around the world that take on “the challenges and triumphs of aging.” Sept. 12-14; www.legacyfilmfestivalonaging.org

Iranian Film Festival This fest’s motto is “discovering the next generation of Iranian filmmakers.” Sept. 27-28; www.iranianfilmfestival.org

“Berlin and Beyond Autumn Showcase” The actual B&B fest isn’t until January 2015, but fans of German-language cinema can nibble on this mini-fest, which showcases a 35mm screening of the late Michael Glawogger’s 1998 Megacities. Oct. 11; www.berlinbeyond.com

ReelAbilities Bay Area Disabilities Film Festival Presented by Creative Growth, this fest promotes the awareness and appreciation of the lives, stories, and art of people with disabilities. Oct. 15-19; www.creativegrowth.org

3rd I San Francisco International South Asian Film Festival: Bollywood and Beyond This year’s fest focuses on music and dance, with a centerpiece lecture-performance on “Bollywood maestros” R.D. Burman and A.R. Rahman. Nov. 6-9 and 15; www.thirdi.org

Apologies to Katniss Everdeen (The Hunger Games: Mockingjay — Part 1  is out Nov. 21; as always, all release dates are subject to change) and Reese Witherspoon (Wild, Dec. 5), but fall’s big-budget brigade is awfully male-dominated. That said, one of the season’s most-anticipated films — David Fincher’s take on the runaway best-seller Gone Girl (Oct. 3) — has quite the doozy of a female character (Rosamund Pike) to offset its double-sided lead (Ben Affleck). Fourteen more must-see (dude-filled) films below.

The Drop (Sept. 12) Tom Hardy and the late James Gandolfini star in this Dennis Lehane crime drama, which also has a puppy-themed subplot. Everybody wins!

A Walk Among the Tombstones (Sept. 19) and The Equalizer (Sept. 26) Thank you, Liam Neeson and Denzel Washington, for keeping the “lone-wolf badass” genre alive.

The Judge (Oct. 10) How’s this for casting: Robert Downey Jr. plays a hotshot lawyer; Robert Duvall is his estranged, retired-judge father who maybe killed someone.

Interstellar (Nov. 7) Matthew McConaughey — already an expert on time being a flat circle, thanks to True Detective — has his first post-Oscar turn in Christopher Nolan’s drama about wormhole-traversing space explorers.