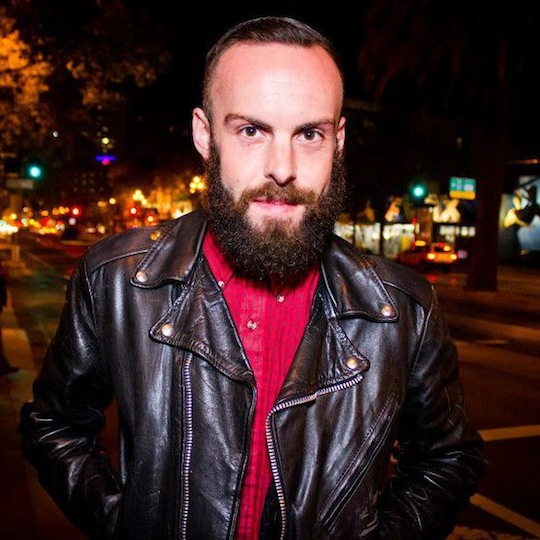 Did the soda industry buy a prominent progressive political endorsement? Sunday’s San Francisco Chronicle raised the question in a story by Heather Knight, who goes on to air a number of rumors propagated by the soda tax supporters against the Harvey Milk LGBT Democratic Club.

First things first: the sugary beverage tax already has a lot of progressive support. Unions, health groups, and loads of other San Franciscans have backed the two cents per ounce tax on sugary beverages, Proposition E, which is slated to appear on this November’s ballot. The endorsement of “No on E” by the Milk Club is certainly a bit out of left field, and rightfully raised eyebrows in political circles.

That’s the argument Knight uses in her Sunday article, using a few quotes from the soda tax’s paid public relations’ people to take a big swing at Sup. David Campos, alleging this is a big ole scheme he’s orchestrated in order to get Coca Cola’s money to fund the Milk Club’s slate card, which would also feature Campos, giving him a boost in his Assembly race against Sup. David Chiu.

It’s a seemingly convincing scenario, and we’re not soothsayers. Maybe it’s true. But there are a number of reasons to not believe the hype.

First, we at the Guardian heard those same rumors and whispers too, but that wasn’t all we heard. One politico told us the beverage industry might be funding the Milk Club with $300,000 in campaign funds for their November ballot fliers. Our reaction was “um, what?!”

That’s more money than techie-billionaire Ron Conway spent backing Mayor Ed Lee’s major pet projects on the June ballot. Hell, it’s more money than some candidates raise in their entire races. That should’ve been the first red flag for the “soda milking the Milk Club” theory, but it wasn’t the last.

Second, though the club did accept money from the American Beverage Association, it wasn’t anywhere within spitting distance of $300,000. Tom Temprano, co-president of the Milk Club, told us they accepted $5,000 from the beverage industry to put on their annual gala. For context, SEIU Local 1021 donated $4,000 to the dinner. This is all data that would come out publicly in a few months through ethics filings anyhow, but long after the rumor of big beverage industry money would’ve caused its damage.

“All you get for sponsoring our dinner is a mention in the program and a plug on the stage,” Temprano told us. “If the [beverage industry] paid us anywhere near what the rumors are, I would’ve flown out Elton John to serenade [Assemblymember] Tom Ammiano in person.”

Though the $5,000 is not chump change to the Milk Club, its leadership doesn’t make endorsement decisions, which are enacted by a vote of the club’s members. In a heated exchange last week, Milk Club political wonks batted soda tax points back and forth like a beach ball. There was hardly a consensus on the matter.

“They didn’t vote the way I wanted but the process was very democratic,” Sup. Eric Mar told us. Mar was one of the authors of the soda tax, and even he doesn’t believe the Milk Club’s palms were greased by big soda’s big money.

“I feel that there are rumors being spread to undercut the integrity of the Harvey Milk Club, the strongest progressive voice and political leadership in the city right now,” he said. “I stand behind them even though they voted no on [the soda tax].”

Laura Thomas, co-president of the Milk Club, told us she is actually in favor of the soda tax. It’s easy to see why. As Deputy State Director of the Drug Policy Alliance, she has day-to-day experience with public health, and she sees the far reaching affect of soda’s loads of sugar on San Francisco’s kids.

“I do support [the tax], and I’ve spoken passionately for it in our meetings,” Thomas told the Guardian. “I’d say it’s something we’re passionate on all sides about.”

The last stickler in the money-influence theory is a bit trickier. Many we talked to traced some of these rumors back to Chiu’s campaign spokesperson, Nicole Derse. When we spoke to her, she pounced on the subject like a hyena on carrion.

“The Harvey Milk Club has sold out to the soda industry,” she told us. “What would Harvey Milk think of this gross display of hypocrisy? David Campos needs to answer some serious questions on his position on the soda tax and his campaign.”

Notice how she shifted the Milk Club assertion, which we asked her about, straight into a Campos critique. She’s affable, she’s smart, but in that moment, Derse also sounded gleeful.

We then asked Derse if the rumor about the Milk Club and Campos came from her.

“I am not the person that started this rumor. But do you really think it’s a coincidence David Campos is broke and needs a vehicle to fund his campaign? I think it speaks for itself, if it happens,” she said. “If the Milk Club does not take hundreds of thousands of dollars from the American Beverage Association, I will happily be wrong.”

Actually, when it comes to spreading rumors through news outlets, being right or wrong doesn’t really matter. All you need to do is raise the question of impropriety, proof or no. It’s grandma’s classic recipe for a good political smear, as old as the hills, and very, very easy to do.

Update [8/26]: This story stirred up quite a bit of controversy, and folks called, emailed, Facebooked and Tweeted at us with one point: sure the Milk Club didn’t take all that much money from the American Beverage Association for the gala, but what about the future? Would they take a large sum from the ABA? Tom Temprano answered: “I find that completely unlikely. I’m going to say that’s not a situation we’re going to be in. But I haven’t had a conversation with anyone with anybody about money yet. Our entire board and PAC chair make decisions on fundraising.”

So there you are. If a donation in the tens of thousands of dollars should land on the Milk Club’s doorstep, Temprano is now on the record.