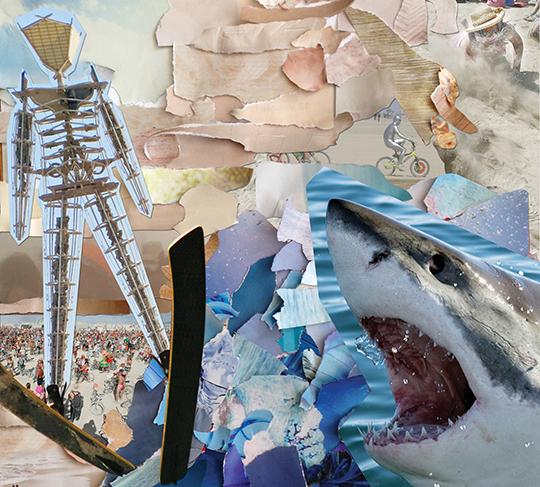 We seem to have tapped into the meme of the moment with last week’s cover story, “Burning Man jumps the shark,” which took issue with how this high-minded experiment has been sullied by the money-driven values and practices of mainstream America, with the complicity of the company that stages the event.

The SF Weekly also had a Burning Man cover story that same day, a more uncritical piece written by an event insider Ben Wachs that nonetheless slammed the organization’s deceptive transition to nonprofit status. He wrote that “not one person contacted for this article said they understood what The Burning Man Project does, or how it’s supposed to advance the culture.”

The same day that those two papers hit the streets, The New York Times published “A Line is Drawn in the Desert,” a revealing and scathing indictment of how rich, clueless tech titans are undermining the event’s stated “Participation” and “Radical Self-Reliance” principles with exclusive, walled-off, servant-staffed camps built with dues of as much as $25,000 per person.

“Over the last two years, Burning Man, which this year runs from Aug. 25 to Sept. 1, has been the annual getaway for a new crop of millionaire and billionaire technology moguls, many of whom are one-upping one another in a secret game of I-can-spend-more-money-than-you-can and, some say, ruining it for everyone else,” writes reporter Nick Bilton, a Burning Man veteran.

The paper’s regular “Lingo” and “Out/In” lists also includes a few gems. “Broner: Derogatory tern for male burners who can’t seem to leave their obnoxious and entitled douchbag behavior back in the Default World.” And it concludes that “whining” about Burning Man is out and “staying home” is in.

It is true that many longtime burners are indeed staying home this year (including yours truly), but it’ll be interesting to see what impact this chorus of current criticism has on future events and the company that stages them.

PS Even God/Mother Nature is being hard on Burning Man this year, with huge rainstorms early this morning making the playa impassible and currently shutting down access to the event until the surface dries out, probably tomorrow at the earliest.