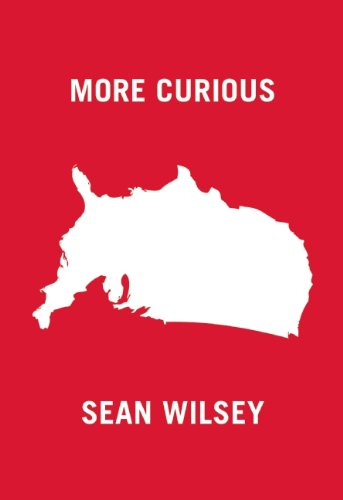 Midway through the introduction to More Curious (McSweeney’s Books, 342 pp., $22), his recently-published collection of essays from the last 15 years, Sean Wilsey (who appears at the Booksmith Thu/21) reveals his quest to combine the styles of Thomas Pynchon and New Yorker legend Joseph Mitchell — paranoia and precision, respectively.

The introduction itself is a joyfully meta attempt at this very task. The 20-odd pages of often non-sequitorial rumination about the aforementioned authors, the triviality of the 1990s, and the first Obama election can be mistaken as “formless while still astonishingly informative” or “so intricately constructed and fact-filled that the form is too complex to be instantly identified.” The happy reality of all of Wilsey’s essays is somewhere between these two perceptions.

The author, a San Francisco native who now lives in Texas, never entirely abandons the expository air of classic feature writing, but he injects his work with enough personal and manic energy to identify it as decidedly 21st century. While Wilsey recognizes (very humorously) the bombast of comparing oneself to two of the greatest writers of the modern era, his writing does occupy the rarefied territory between Mitchell’s organization and Pynchon’s stream-of-consciousness and is the perfect tone for the frenetic and absurd subjects that make up his collection.

The primary symptom of Wilsey’s ability to be both informative and emotionally kinetic is how seamlessly he intertwines personal narrative with reference. Never in the collection did I feel jolted when Wilsey inserted a block quote of an email correspondence with a NASA engineer or a quote from Beowulf. To the contrary, Wilsey’s deft research and allusion bolsters his personality — his rabid search for answers would feel anti-climactic without the primary source of his findings.

In this layered memoir about a surreal, Travels With Charley-inspired road trip across the US, WIlsey invokes the social science of George Trow’s “Within the Context of No Context” to discuss America’s obsession with celebrity culture. This graceful quote (which includes the biting “Television is dangerous because it operates according to an attention span that is childish but cold”) is the proverbial Mitchell, a disciplined and timely revelation of a concept that makes a point about the collective. But after Wilsey realizes that the backups he causes in his impossibly slow 1960 Chevy Apache pickup have halted the transport of military and retail goods, he brings the Trow allusion into the paranoid — he is the free spirit holding back the movement of inanimate celebrity, the Pynchonian radical wrench in the machine.

In the majority of Wilsey’s 15 essays he creates a similar dichotomy between colorful reporting and intense feeling. In “Some of Them Can Read,” Wilsey throws together dozens of facts about New York’s rat population (with the titular affirmation only half as disturbing as the most grotesque truisms about the beasts) while waxing philosophical about the special place of paranoia that rats inhabit for new fathers. In his ode to skateboarding, “Using So Little,” Wilsey gives a detailed cultural history of the art (or sport, though he rejects this branding) while discussing the personal escape it allowed for him in the topsy-turvy world of the 1980s San Francisco urban haute bourgeoisie. And in “The Objects of My Obsession,” he breaks down Craigslist culture while revealing his increasingly pagan and obsessive relationship with the site and the epic journeys its resultant acquisitions afford.

It’s often difficult to tell how Wilsey avoids a simple deductive pattern of conceptual to personal — this tendency plagues an overwhelming majority of confessional and “new” (if we’re in 1968) journalists, though is perfectly reasonable given the desire to adequately prove to the reader that the article has educational value before the author unleashes his idiosyncrasies onto the page. The constant back-and-forth between personal experience and cultural analysis keeps the writing from becoming predictable or repetitive. I got to know Wilsey, assuredly, but he was always capable of surprising me.

Near the end of “The World I Want to Live In,” a dialectic on the quirkiness of World Cup soccer that, unlike almost anything else in the book, feels vaguely dated (it was originally published in 2006) after the recent explosion in domestic popularity of the event, Wilsey digresses into a several-page breakdown of the most memorable aspects of the 1970 World Cup. The shift is so within the narrative but also just so damn trivial — that Wilsey includes it in full (and it is one surprisingly complete digression of many, I assure you) helps him carve out a space beyond Mitchell and Pynchon, where the voracious Wikipedians among us are sated without even having to ask.

Wilsey’s tendency to elevate his Mitchell-influenced addenda to levels of specificity only possible in the Internet age allows his work, when taken in full, to feel generation-defining. Wilsey, now almost 45, has grown through the advent of the second millennium from being identified as the son of controversial socialites to an ubiquitous magazine contributor to a recognized literary voice. The paranoias that have seemingly driven his modern humanist journey are just as intense as those of any other time — fatherhood, vocation, separation from parents, guilt are pretty timeless fuels.

In fact, in the post-9/11 world they may even be elevated — Wilsey lived near the World Trade Center and constantly invokes his personal fear of the attacks throughout the collection, even including an essay about his attempts to help grieving relatives in the immediate aftermath. Access to anecdotes, minutiae, and statistics, however, is an emotional comfort and storytelling tactic that is far more complete now than it was in the heydays of Wilsey’s literary idols. It is this timeliness of style, alongside self-awareness and acknowledgement of the past, that makes Wilsey’s collection feel unified and a welcome chronicle of our age.

Check back for an interview with author Sean Wilsey, coming soon!