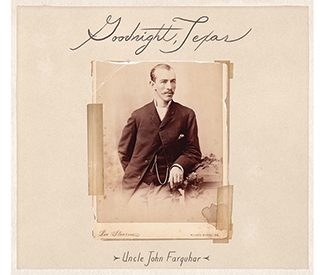 The debut full-length from this SF-based trio, out Aug. 26, is full of dance-worthy electro pop with what feels like a surround-sound wall of synth, recorded, layered, and perfected at our own Different Fur Studios. Jumpy, bright, but not too cacophonous for a hungover late August day at the park; it’d pair well with DIY mimosas, come to think of it. Catch ’em at a free in-store at Amoeba Aug. 23, or at the album release party at Bottom of the Hill Aug. 29.

Self-recorded using an 8-track tape over the course of four years, The Aerosols‘ sophomore record calls to mind bootleg recordings of your favorite sing-songy indie or punk bands getting weird and stoned and psyche-y in someone’s college house basement. I’m thinking here of a particular Weezer rarities compilation, but The Aerosols seem more committed to their weirdness than that, with a distinct, sneering Brit-pop overlay that never feels forced. Get far out at the album release show Aug. 31 at the Make-Out Room.

EVERYONE IS DIRTY
Dying Is Fun

We’ve been waiting on this one a long time — ever since this Oakland art-rock quartet started dropping darkly entertaining singles, with cut-above-the-rest grunge operatics thanks to singer Sivan Gur-Arieh’s stage presence and creative interpretation of the violin as a tool for punk rock. The band just signed to Tricycle Records for this debut LP, so we’re excited to see what’s next. Their next wild and woolly live show will be an album release party Sept. 5 at the Rickshaw Stop.

The second full-length from this Americana four-piece — which draws its name from the town that’s equidistant between frontmen Avi Vinocur and Patrick Dyer Wolf’s homes in SF and North Carolina — is saved from falling down the alt-country cliché rabbit hole by seriously smart, cinematic songwriting. If Civil War stories and stomp-along choruses and lullabies for bank robbers are in your wheelhouse, you’re in luck.

Local boy makes good…moves to LA. Despite the Bay Area’s reigning king of effortless psych-garage-pop melody having recently abandoned the fog for sunnier (cheaper) pastures, we’re going to claim him as our own for at least the next decade — especially since this record, with its ’70s glam-rock, space-age guitar and lush T-Rex-esque vocals, is probably Segall’s best, most three-dimensional record yet. If we have to take a brief road trip to see him more often, so be it (sniff).

That album title might seem to say it all, but you really can’t understand what it’s like to hear Wu-Tang songs reimagined by a classical orchestra until, well, you’ve heard ’em. JooWan Kim, a Taoist Bay Area composer born in Korea and educated at Berklee, didn’t start listening to hip-hop until he was in his 20s, and the result is fresh, funky, disorienting, and interesting from start to finish. The orchestra will celebrate its debut album with a free release party at Intersection for the Arts on Sept. 6.