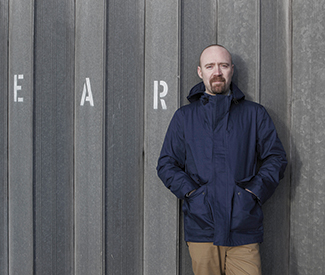 SUPER EGO Extended DJ sets aren’t so rare in our burg — beloved Garth of Wicked has been throwing his occasional, self-helmed, seven-hour-plus All Night Long parties, and visitors like the almighty Steffi of Berlin or the UK’s Lee Burridge like to go it alone for six hours or more. Even though “taking the dance floor on a cosmic journey” has become a press-release cliché (which DJ would admit she merely drops you off at the mall?), as access to more releases and mixing tools has grown, marathon sets have acquired the aura of necessary artistic statements — and the good ones really do get you a few yards closer to the stars.

Others can veer into endurance test territory, alas, especially if the mixmaster is more interested in imprinting a certain personal “sound” on the crowd, rather than letting dance music in all its wild variety lead the way. Manchester’s incredible Mr. Scruff has been dropping gigantic, all-vinyl sets for 20 years now, and is as famous for his global vinyl-hunting skills as his own releases on the storied Ninja Tune label. (He’s the dude who seems to know the geek behind pretty much every record store counter in the world.)

Scruff’s ear is a various as they come: He got into music via his dad’s ska collection — Prince Buster was an early touchstone — and quickly moved on to gobbling up every other genre imaginable, from Cuban music to Detroit house. And even though it’s also become a cliché to praise a DJ’s unpredictable playlist, Scruff rides that unpredictability to its extreme. “I used to have stuff I just played at home, but from playing gigs over the years you start to realize that if it’s loud and it’s in a club then it’s club music — even if it’s just a guitar and vocal,” he recently told Mixmag. When Scruff is seamlessly dropping 15-minute Afrobeat jams, rare 1988 Chicago jack tracks, Jamaican gems, or Brazilian baile funk, it’s his sheer love of actually listening to records that moves people to the floor.

In honor of his two decades behind the decks — and the recent release of roots-y, stripped-down Friendly Bacteria album — Scruff’s embarked on a US tour, during which he’ll be spinning six-hour sets, and rebuilding DJ booths along the way for maximum sonic fidelity. I chatted with him by email before he takes over Public Works, Sat/16.

SFBG How large would you estimate your vinyl collection to be? And how on earth do you haul six hours’ worth of music around on tour?

MR. SCRUFF I have two rooms full of vinyl, so probably around 20,000 records. My collection has stayed that size for the last 10 years, so a lot of records have to leave the house in order to make room for more. I always bring two boxes of vinyl — plus some CDs as well.

SFBG A big part of this tour is how you’ll be “rebuilding DJ booths” along the way. Can you tell me how you’ll be setting up things for sets of this length? Are there any little rituals you perform before you launch into things?

MS We do a lot of research in advance, by looking at the venue specs and photographs, so that we can liaise with the venue techs before the show. That way, we don’t get any surprises on the day, and any equipment that we require is already there. I bring some kit (mixer, hi-fi preamps, five-band isolator, delay unit, parametric EQ, cables, stylii, foam, squash balls, etc.), and we spend a couple of hours setting up the DJ table, and then do a soundcheck. Some venues — Public Works looks like one of them — have systems that are set up very well, others may need a little work, perhaps some additional front fills, speaker alignment, crossover-EQ adjustment etc. After set up, we always go for a good meal before the gig. As for during the set, the energy and people in the venue keep me going!

SFBG Do you tailor your sets to fit specific settings?

MS I don’t plan any sets, as I find it much more rewarding to interact musically with the surroundings and people in the venue. I do always try and play a little local music. The good thing about playing all night is that you can really relax and get into it, without worrying about time.

SFBG In an time of more maximalist dance music releases, Friendly Bacteria was a nice refreshing, laidback stepper. What were some of your intentions making the album, and how do you see yourself fitting into the current dance music landscape?

MS The main intention was to work with some of the musicians that I have had on my list for a while. Denis Jones (singer) and Matthew Halsall (trumpeter) are both good friends, and made a massive contribution to the overall feel of the album. I suppose that when you start work on an album, it slowly takes shape, in a similar way to carving a wooden sculpture. I have no idea where I fit in, but am completely happy with that!

SFBG How’s Manchester these days? Do you play out there a lot? Any current up-and-comers who have your attention?

MS Manchester is great, there are so many people creating great music, and it is a very inspiring place to live. I play there once a month, and probably go out every other month to a club night or gig. The last gig I saw was the Theo Parrish live band. Talent-wise, Werkha, Honeyfeet, and the Mouse Outfit are currently rocking my boat.

This too-cute Spanish DJ may have become synonymous with the viral cat vids he’s been broadcasting lately, but his output — which ranges from Ibiza-intense to breezy wistfulness — continues to scratch through the cuddly gimmickry.

A goth and dreampop Neil Gaiman tribute night extravaganza, featuring original artwork and projections inspired by the comics master, fashion booths, and a costume contest? Count me in, sweet Morpheus.

One of SF’s loveliest, freakiest house parties returns after a short break. DJ Guy Ruben helms this time around, with co-captains Robin Malone Simmons and Elaine Dunham cresting the waves of love.

For sheer only-in-SF kooky-fabulousness — that also happens to include a very high standard of entertainment — you can’t beat this macho-fied, and sometimes macho-fried, institution, now in its 19th year. Fudgie Frottage and Sister Roma host a spectacular array of questionably applied facial hair — this year with a space alien theme, because of course.

The dark and delirious sounds of headliner Ivan Smagghe will float you across the bay at this annual favorite from the Sunset crew. Feeling seasick (or too broke for $55 tickets)? There’s always an afterparty once the crew’s cruise docks, this time around at Monarch, starting at 10pm.