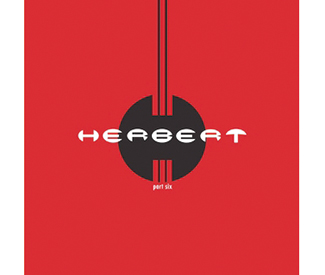 Of all the rock singers who could truly be considered “legends,” Tom Petty is perhaps the least oligarchic. His records under his name alone are producer-driven affairs that put his voice at the center, but with the Heartbreakers, he’s merely a frontman, a central cog in a machine that’s been churning out unpretentious rock for almost forty years. On this latest Heartbreakers record, he’s even more understated than usual. For much of the album, he sings through a tinny, almost Strokes-like filter that serves to both give his voice an appealing grit and bring out the sounds of the band around him.

But aside from that, Hypnotic Eye is almost devoid of producerly interference. It sounds above all else like a garage jam, cycling through rock, blues, psychedelia, and even some peaceful ballads. The album’s worst moment, the overwrought “Shadow People,” is the only one that sounds like a conscious effort to make something “good.” But it’s the only bad song here, and the fact that Petty can still make good music with so little effort gives me an odd kind of hope for this rock institution whose best albums should, by all logic, be long behind them.

Moon B makes largely the same sort of proudly analog neo-boogie as Dam-Funk, but while Dam-Funk’s music is starry-eyed and optimistic, Moon B’s is dark and unsettling. His music has never been gnarlier than on II. Though the universe B conjures on his second album is contained within only 31 minutes of music, it seems huge and labyrinthine, filled with darkened streets and dimly lit windows. The drums beat cautiously like nervous footsteps, and the ghostly synth chords that form the melodic core of the music seem to watch you from the shadows. A good aesthetic reference point is the Simpsons episode “Bart Sells His Soul,” in which Bart wanders panicked through a deserted, beautifully rendered labyrinth of quiet skyscrapers.

Though this might make II sound too scary for everyday listening, it’s surprisingly great chillout music. The music is never frightening, just spooky, and it’s got a Boards of Canada-like ability to fade into the background while still keeping you on your toes. Its length also prevents the album from devolving into monotony — all the songs follow the same sonic template, but not to their detriment. This is some of the best mood music I’ve heard this year so far.

Matthew Herbert’s ability to write great songs is almost a liability. Under the mononym Herbert, the British producer released the holy trinity of Around The House, Bodily Functions, and Scale between 1998 and 2006, each containing a phenomenal, almost absurdly good second track. These songs — “So Now…,” “It’s Only,” and “The Movers And The Shakers,” respectively — cast long shadows not only over the rest of their parent albums but the increasingly conceptual work Herbert’s been producing under his full name lately. In dropping his first name from his new Part 6 EP, he’s made things a lot harder for himself given how much he has to live up to. Part 6 doesn’t quite live up to those albums, but it’s still exemplary house music. Its vocally-oriented track “One Two Three” would be maybe the fifth-best song on any of his great Herbert albums, and perhaps the second-best on most decent-quality house albums. The others are pummeling club bangers that would sound great in the club but aren’t quite as hospitable for casual listening as most of Herbert’s work. But each track is layered with peculiar, welcome details that remind you one of house’s all-time greats is back in action. (Daniel Bromfield)