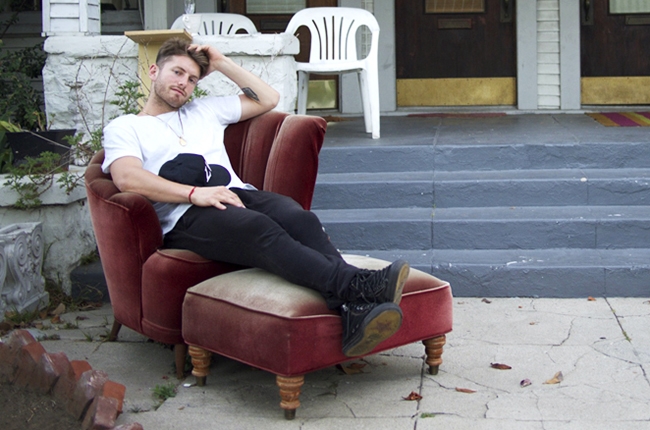 As a member of 2AM Club and a songwriter for artists like Chris Brown and Sean Kingston, San Francisco-raised Marc Griffin is an experienced pop music craftsman. But as Marc E. Bassy, solo artist, he’s a forward-thinking R&B auteur with more of an ear towards the genre’s growing experimental fringe. Only The Poets, Vol. 1, his new solo debut mixtape-EP (out July 29), features psychedelic, distinctly modern-sounding productions alongside hooks that could have come from any period in contemporary R&B history. Atop it all is his voice, an affable croon that tiptoes the ever-blurring line between rapping and singing.

Griffin currently resides in L.A., whose omnipresent pop industry has influenced his craft and helped him sharpen it. But he’s a Bay Area boy to the bone, and most of his collaborators hail from his hometown — from producer and namesake Count Bassy to rising Richmond rapper Iamsu! We caught up with Griffin the week his album dropped.

San Francisco Bay Guardian You’ve said your manifesto is “there are no more boxes.” Could you elaborate on this?

Marc E. Bassy My manifesto is that when it comes to being creative musically there are no more boxes as pertains to genre, sound, style. It’s like that classic question — “what style of music do you make?” I make every style of music.

SFBG When do you think those boxes started falling apart?

MEB I’d say since the dawn of the Internet age. Kids listen to songs they relate to and pick up on the vibe rather than the style. When I was growing up as a kid in San Francisco it was very black and white. You either listened to Tupac and liked Michael Jordan or you listened to Green Day and liked skateboarding. It was divided like that, and nowadays rap culture, skateboarding culture, punk culture has kind of swirled into one thing. Unless you’re going for a particular radio format. I’m a songwriter [for other artists] so I’ve thought about different radio formats, but I’m not making songs for the radio right now.

SFBG When you write for other artists do you write from your own perspective or try to inhabit a persona?

MEB The best songs I’ve written for other people I initially wrote for myself. When I’m writing for someone else I try to tap into the most honest feeling I have — it’s usually gonna be about love, or sex, drugs, and rock ‘n’ roll, what every song is about. Once I catch the vibe of the song I can change the lyrics.

SFBG Why did you decide to use a stage name for your solo work?

MEB I’ve kind of stepped away from my band. While my band was on hiatus I was writing songs for other people, and the response I kept getting was “we love this song, but we don’t know who would do it.” So that turned into me deciding to make my own project. I got the name because my biggest collaborator on Only The Poets, Vol. 1 is a producer out of San Francisco named Count Bassy, and every since I was a little baby my family called me Marc E. So I just went by Marc E. Bassy. It’s not a persona — it’s just me, everything I write has some personal resonance.

DB Are there other Bassys?

MEB Nah, it’s just the two of us. But the movement’s growing — I’m sure we’ll have some more.