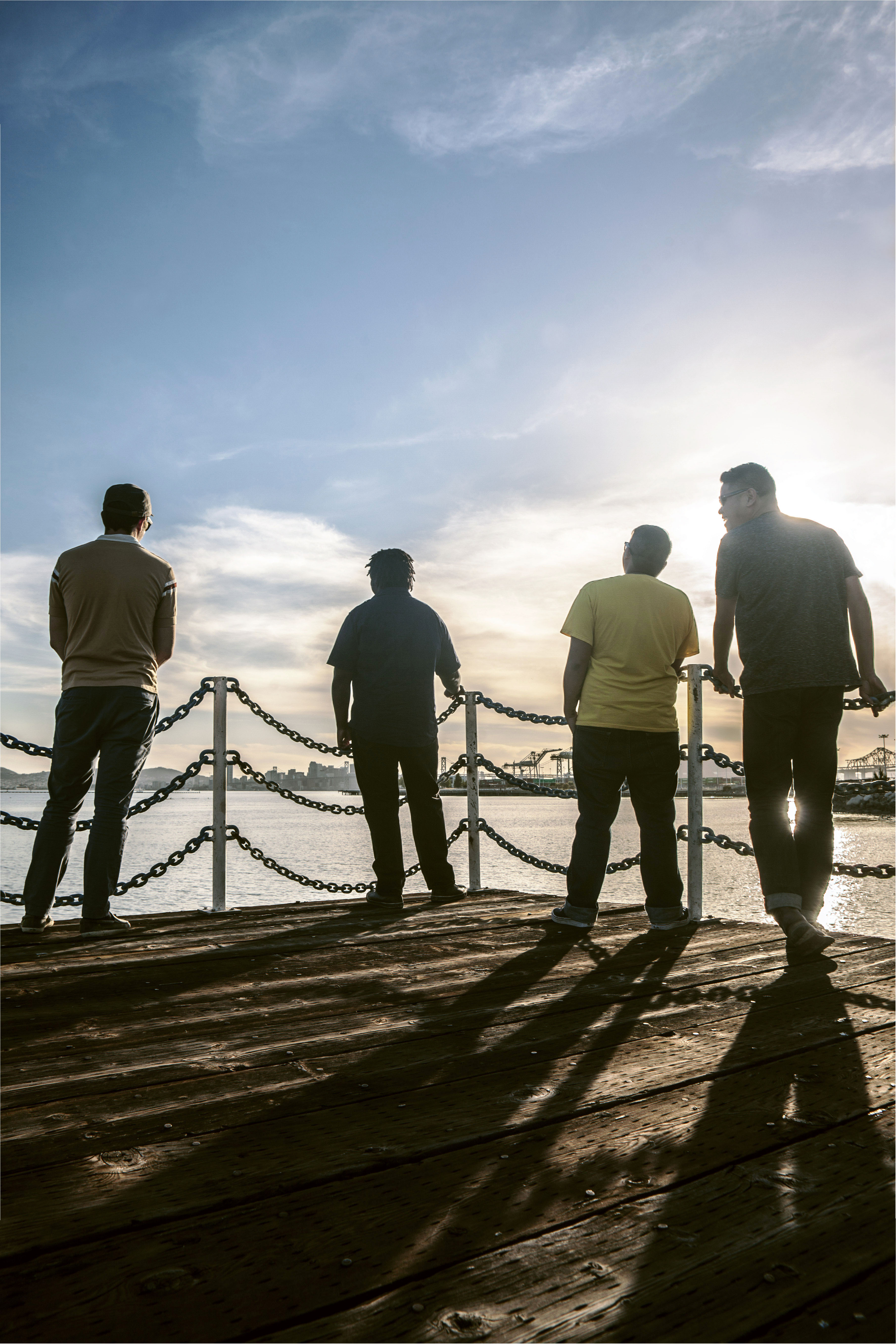 As a child, you imagine your toys come to life whenever your back is turned. As an adult in the Bay Area, you imagine that every night you choose to stay in, the bars are all packed with experimental underground DJs, food carts, live visual artists and the kind of freaky electronic jazz you would see in a Blade Runner spinoff series. And yet when you do turn around — at either age — your dreams often fall short (if your toys ever did come to life, please let us know).

This is not the case at Smart Bomb, a bi-monthly multimedia showcase at the Legionnaire Saloon in downtown Oakland; the next edition is this Saturday, July 26. Centered on the East Bay beat scene, the night is a multi-layered affair in every sense: local food outside, fringe producers, controllerists, and DJs downstairs, out-of-the-box grooving live acts upstairs. Here you might find a homemade synthesizer or heavily effected saxophone wailing the night away while a painter furiously creates an accompanying visual spectacle. It’s a creative assault on every sensory input, in the best possible way.

Smart Bomb is the brainchild of the band Secret Sidewalk, which is itself a microcosm of the Smart Bomb smorgasbord: a collection of electronic and acoustic musicians arranged around beat music with backgrounds in turntablism, hip hop, DIY synthesis, and jazz.

“We’re a band, yes, but we’re a collective,” says saxophonist Marcus Stephens, of the collaborative artistic community the band has built. Any night might feature a solo performance or duo experimentation as well as the full group’s mainstay set. (This weekend’s event coincides with and celebrates the release of Secret Sidewalk’s new 7” vinyl single “Cholo Curls” on CB Records.)

In addition to the ever-changing cast of local performers, Smart Bomb regularly features guests from both the local and national scene, including heavy-hitters such as the Broun Felinis, rapper Kool A.D. (from Das Racist), and Dibia$e. “We wanted to invite other performers and artists as well — MCs and a few live bands that are on our same wavelength in terms of progressive music,” says Stephens. At their last event, Phesto Dee — from the seminal Oakland hip-hop groups Heiroglyphics and Souls of Mischief — performed a solo set with Secret Sidewalk as the backing band, an arrangement of MC and experimental beat ensemble that neither had ever explored before.

Even with the event’s avant-garde leanings, the experience is decidedly unpretentious; Stephens says they reliably get a positive response from a super diverse room full of people. “We always seem to get a warm crowd — a lot of musicians, a lot of artists, a lot of curious mofos who want to see what the buzz is about.”