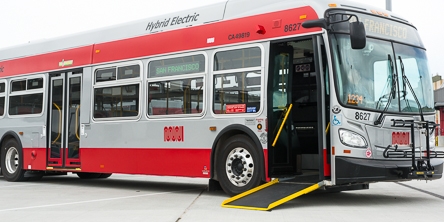 Beating up on Muni and the San Francisco Municipal Transportation Agency is a perennial pastime for many San Franciscans, who will be given the opportunity to put their money where their mouths are this November. Will they be willing to give Muni the money it needs to serve its growing ridership, even at the cost of other city programs and priorities?

The Board of Supervisors yesterday [Tues/22] voted narrowly to place Sup. Scott Wiener’s Muni funding measure on the fall ballot. It would increase General Fund contributions to the SFMTA as the city population increase, retroactive back to 2003 when the current rate was set, giving the agency an immediate $20-25 million boost to serve the roughly 85,000 new residents the city has added since then.

“For too long City Hall has been slow to prioritize transit funding,” Wiener said in a press release. “We are a growing city, and we need to take firm steps to ensure that our transportation system keeps up with that growth.  Improving transit reliability and capacity and making our streets safer are key to that goal.”

While everyone says they support Muni — even David Looman, the proponent behind the Restore Transportation Balance initiative that seeks more SFMTA funding for cars, which will also appear on that ballot — Wiener has been the rare strong advocate locally for actually giving the agency more money.

Mayor Ed Lee created a $10 million hole in the SFMTA budget by demanding the repeal of charging for parking meters on Sunday this year, and then he dropped his support for a local increase in the vehicle license fee this year, prompting Wiener to introduce his Muni funding measure, which the mayor would have the authority to terminate if voters approve a VLF increase in 2016.

A $500 million general obligation bond transportation measure backed by Lee and the full Board of Supervisors will also appear on the November ballot, but it will go mostly to cover Muni’s capital needs, not the growing demands on its operating budget.

In recent years, there’s been a rift in the city’s progressive coalition between environmental and transportation activists on one side and affordable housing advocates on the other, who sometimes battle over city funding they see as a zero sum game. So it will be interesting to watch how the politics surrounding this measure shape up going into the fall campaign season.