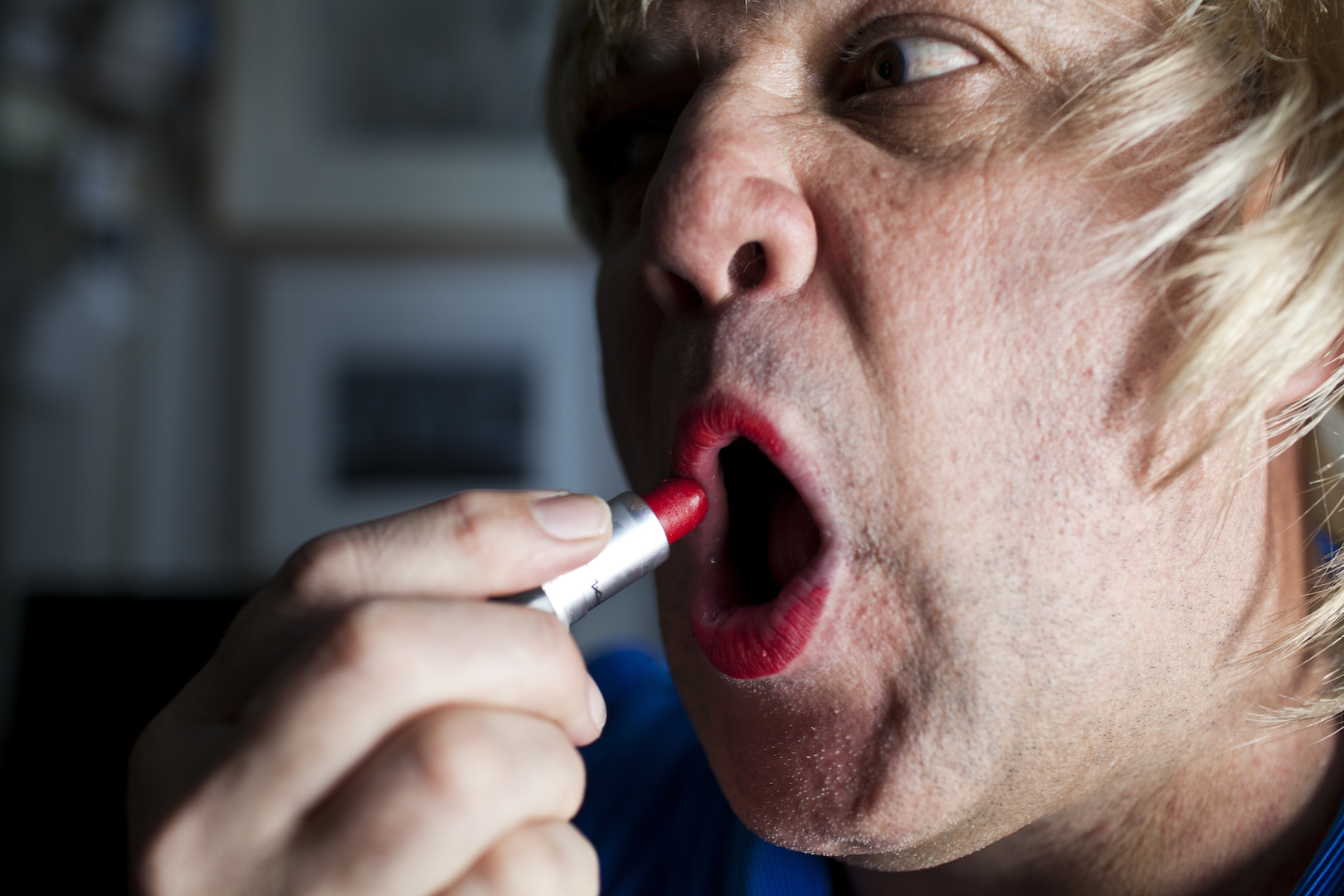 Not long after I sat down with Randy Walker, the male, non-performing ego of one of San Francisco’s most undefinable musical acts, vocal powerhouse Carletta Sue Kay (who performs at The Chapel this Fri/25), we talked a bit about college. Walker asked me the prerequisite questions about the social scene and my major, perking up at the sound of a humanities-centric discipline. I asked if he’d done the whole college thing. Walker chuckled, a glint in his eye, and said he had. “I went to Redlands College but didn’t graduate. Started out in Theater Arts, ended up switching over to English…but what are you really going to do with an English degree?”

As the conversation continued, however, Walker’s dismissal of the formal literary arts became increasingly incongruous with his mastery of language, the modern canon (from David Foster Wallace to Elizabeth McCracken), and allusion in his performances. The singer, whose music is a deft blend of Joplin-esque blues and far more cerebral and melodic existential examination, is anything but simplistic. As Walker’s mind opened up, we twisted and turned through a deliciously intellectual and sordid discourse about strip clubs, eccentric cousins, and the Swiss conceptual artist Thomas Hirschhorn. By the time we left the coffee shop, me with Carletta Sue Kay’s debut album Incongruent in hand, it was clear that Walker and his alter ego were far more complex (and hilarious) than the average wigged, pastichy, four octave-ranged singer-songwriter.

Carletta is a real person, says Walker. So was Walker’s last singing character, a plastic surgery-obsessed Belgian who Walker often presented with a variety of gauze pads and other bandages preferred by convalescents of cosmetic procedures. Both Carletta and the Belgian are Walker’s cousins (his last project was called Mon Cousin Belge). “While I was doing Mon Cousin Belge, I was writing songs at home that I thought needed to be sung by a girl. I thought, ‘I’m going to find some great female singers to record this stuff.’ But then I thought, ‘Hold on…’”

Carletta Sue Kay, Walker’s eccentric, ex-criminal cousin, was an ideal persona that he could put on to present his new works. “Carletta is a very troubled girl. She was involved with a guy and became very obsessed with him. She found out that this guy was sleeping with another girl and constructed a pipe bomb with the intent of killing him in his apartment.” Walker, clearly embracing the macabre underpinnings of the story, smiled and spoke with a bounce in his tone as he recounted her his cousin’s homicidal urges. “Well, they busted her and she went to prison. So the band became Carletta Sue Kay.” The more sorrowful of the band’s songs, which often focus on lost love and sadness, evoke the woeful tale. Now a free woman, the real Carletta has never agreed to see a performance by the band. “She’s completely chill with it. She’s a funny girl.”

The band’s inaugural performance is just as legendary as its naming. Mon Cousin Belge needed an opening act for a headlining gig at Bottom of the Hill, so Walker decided to unveil his new group. He crafted a Grecian arch, covered it in autumn leaves, sprayed it with glitter, and enlisted his friend, artist Greg Gardner, to create a cartoon rendering of his burgeoning alter ego on a piece of fabric curtain that hung down from the arch. “He drew a big fat naked girl. Her nipples were painted with pink glitter. They do the intro music (strum, strum) and I pull the curtain up to reveal myself standing there. The birth of Carletta!”

Throughout his contextualization of Carletta, Walker dropped hilarious one-liners and unexpected anecdotes about culture. I wasn’t surprised to hear The Magnetic Fields’ frontman Stephin Merritt’s name come up a few times, as Carletta Sue Kay has provided back-up vocals for several songs by the group. More surprising, however, was Walker’s invocation of Stephen Sondheim as a primary influence. And when a shirtless, seemingly inebriated man with an unruly mullet danced by in the front window of the café, Walker looked up and, without missing a beat, said, in questionably PC fashion, “It’s a character out of a James Fenimore Cooper book!”

While Walker sprinkled our conversation with bands, authors, and artists, his charisma was not so much in his prolific knowledge of and interaction with the art world, but rather how he used his experiences as a means of telling remarkably funny and compelling stories. In one such story, Walker told of his love for Thomas Hirschhorn’s installation “Utopia, Utopia = One World, One War, One Army, One Dress.”

The exhibit, which showed at the CCA Wattis Instiute of Art a few years back, included juxtapositions of camouflage wear in fashion and the military alongside globes with small camo-tinged tumors growing on them. “After the exhibition ended, they were tossing 80 percent of the work into the trash. So we’re like…dumpster dive!” After snatching nine of the globes used in the exhibition, Walker began to sell them off. “It’s ephemeral,” Walker retorted when I suggested that he was dealing in the conceptual art black market.

Walker informs his new songs, which he’s collecting for an upcoming record called Monsters (much of which he will sing on Friday), with a similarly diverse range of artistic interests as his stories. “It’s influenced by Hammer classic horror films — Creature from the Black Lagoon — anywhere from comical to kitschy, but always with a dark theme. But then it’s going to mixed with a lot of genuine sadness.” Stylistically, Carletta Sue Kay continues to move towards more piano-heavy, lyrical wandering in comparison to the high-octane blues of its initial incarnation. Walker is seemingly aiming, both in his tales and his music, for the intersection between poking fun at cultural elements and emotionally engaging with their deeper messages.

How we ended up talking about strip clubs I may never know (and I have a complete recording of the conversation). Seemingly, it branched out of a conversation about Walker’s boyhood home, Fontana, Calif., which he cited for its high methamphetamine rates and large Pentacostal population. Before we knew it, however, we were talking about a wide range of California strip clubs, from the sketchier SoCal ones that he saw as a younger man and more upscale ones like Mitchell Brothers. Walker, who is gay and has been with his partner for more than 20 years, goes with his straight friends seemingly as a means of understanding the culture and to have fun. His stories, however, soon entered surreal realms of aggressive strippers, extreme money-spending binges by his friends, and abstract deconstruction of the vibes inside various clubs.

Whatever the reason for the digression, it perfectly captured Walker’s unabashedly entertaining form of communication — simultaneously intellectual, pulpy, and laugh-out-loud funny. For a man with such powerful personae, Randy Walker is wholly himself.

With The Dead Ships and Titan Ups