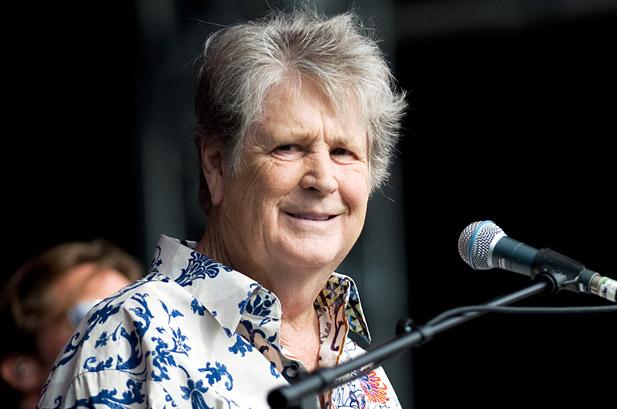 The name “Beach Boys” can refer to either of two bands.  The first is the happy-go-lucky surf rock band that does songs about cars and California, led by the conservative Mike Love; the second is one of the most audacious and avant-garde bands of the psychedelic era, led by the mad Zen master Brian Wilson. Though most of the music-listening world knows them primarily as the former, the latter has proven far more influential, pushing the Beatles’ creativity to breaking point out of rivalry as well as serving as a major touchstone for the last decade or so of indie rock.

This latter influence, coinciding with Wilson’s 2004 solo revival of his aborted 1967 album Smile, has allowed the psychedelic Beach Boys to enjoy a greater cultural standing among a younger, hipper generation. Wilson’s reunion with Smile lyricist Van Dyke Parks on 2008’s That Lucky Old Sun was much-hyped by the music press; their previous collaboration, 1995’s Orange Crate Art, was barely even noticed by critics or audiences. Audiences want another psychedelic masterwork from Brian Wilson. And I would be unsurprised if he made one — in fact, I would be surprised if he didn’t.

There’s no doubt he still has the capacity to make music every bit as beautiful and daring as the pocket symphonies that graced Pet Sounds and Smile. The Wilson-written suite that ends the 2012 Beach Boys album That’s Why God Made The Radio is nearly as good as the one that ended Surf’s Up more than 40 years prior. And the version of “Live Let Live” Wilson recorded for the post-March Of The Penguins cash-in An Arctic Tale contains some of the most gorgeous backing vocals I’ve heard on any song, Wilson-penned or otherwise.

Since the 2004 solo Smile, Brian’s released a Christmas album, two covers albums, and That Lucky Old Sun. The latter is the only true Wilson album among these, and its song-cycle structure and bursts of experimental caprice make it undoubtedly the progeny of Smile. But its flaws are common to many, if not most, latter-day albums by aging rock stars. His vocals haven’t aged well; the production is sterile; he makes a lot of ill-advised tributes to the music and culture of his childhood (sample line: “Every girl’s the next Marilyn/every guy Errol Flynn”). There’s a strong sense he’s pandering to the crowd who grew up on “Surfin’ U.S.A.” (or God help us, “Kokomo”), and he tempers his far-out tendencies accordingly.

But two events have happened since the release that should encourage Wilson to let his creative energy loose.  The first is the 2011 release of The Smile Sessions, a collection of incomplete Smile takes that’s the closest we’ll likely ever get to hearing the finished album. The second is the release of That’s Why God Made The Radio, purportedly the final Beach Boys album and universally acclaimed for the Wilson songs but nothing else. Without the commitment of The Beach Boys, Wilson never needs to write another song about cars and girls again; if he does, it’s up to choice. His fanbase is shifting from older nostalgics to younger music nerds, and it would be advisable for him to target that audience.

Wilson’s currently working on his first new album since the release of The Smile Sessions. It appears to be a collaborative effort; Lana Del Rey, Kacey Musgraves, Zooey Deschanel, and Frank Ocean are all slated to appear on it. All of these artists but Musgraves are Los Angelenos, and Del Rey and Ocean explicitly tap into L.A. mythology in their music. The melancholy those latter two artists bring to their portrayal of the City of Angels is very much in line with the wistful nostalgia of Wilson’s best recent work.

They’re also artists more in line with the indie world — the world that eats up Wilson’s poignant Pet Sounds-era work and disavows anything with even the most casual reference to surfing. They’ve more likely signed on to work with the man who made those great Sixties albums. And if they end up having any influence beyond merely contributing vocals, they’ll likely skew the album in that direction. If not, it’s still promising that Wilson would choose to work with these artists in the first place. It would be his first attempt to market himself to a younger audience since he loaded up Love You with synths back in 1977. And so far, he’s looking in the right place.

The current incarnation of the Beach Boys (sans Wilson, Al Jardine, and David Marks) play the Mountain Winery on August 1. Wilson’s new album does not yet have a release date, but much of it is complete according to Rolling Stone.