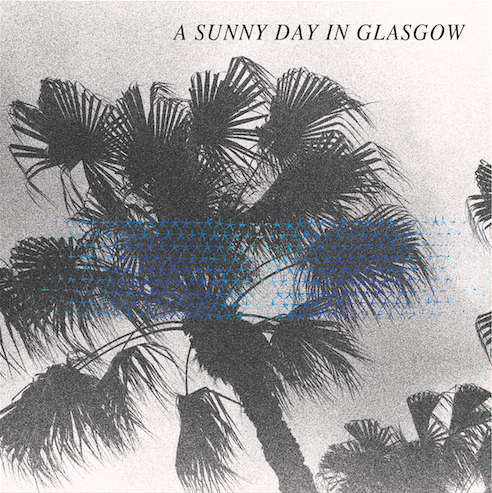 Why Do The Heathen Rage? (Thrill Jockey)

How can you love music that hates you? Drew Daniel grapples with this question throughout his third album as The Soft Pink Truth, which seeks to reconcile his homosexuality with his love of black metal — a genre with a history of hatred and violence. His thesis: Black metal is already pretty gay. Why Do The Heathen Rage? consists of 10 disco covers of black metal songs, and in this context, the “blasphemers” and “fornicators” who inhabit these songs could easily be gay men as seen through a prejudiced lens. It’s a powerful thought, but it’s also kind of funny.

Why Do The Heathen Rage? is an admirable project, not least because Daniel is making himself a walking target for those who add to black metal’s hateful reputation. But it’s also a great listen. Humor is key to the album’s appeal, especially when Wye Oak’s Jenn Wasner puts on her best diva voice to sing about penetration and desecration. But there are also some gorgeous moments — the slow house chord that surfaces at the end of “Sadomatic Rites” is nothing short of breathtaking. This is one of the most audacious experimental albums I’ve ever heard, and easily one of the year’s best albums.

There are a million indie pop bands in the world, and it’s becoming increasingly obvious that most of them are just in it for the money. It’s increasingly rare to hear an indie pop band that sounds like it actually wants to play indie pop, and Kiwi Time is one of these. The San Francisco-via-Belarus quartet’s debut EP, It’s Kiwi Time, showcases a style that’s anything but original but nonetheless possesses a certain passion and respect for pop music history that’s all too rare in this field.

Opener “Butterfly” starts out sounding like a Spotify commercial, but the disco-esque vocals quickly lift the song to another plane. “Be My Love” uses the Beatles-pioneered trick of ending much faster than it should, and it’s a relief to hear a band use this tactic in a post-club era where songs often stretch far too long for anywhere but the dancefloor. Both of the album’s guitar solos are seamlessly integrated and lack any irony or tastelessness. Though It’s Kiwi Time is unlikely to elevate its creators above their countless ilk, it’s refreshing in that it fits as comfortably into the universal pop tradition as the indie-pop trend.

A SUNNY DAY IN GLASGOW

Shoegaze is one of those genres that seems spent if only because it’s easy to just slap the term on anything. Just as any garage band without a singer can be “post-rock,” any band with a shy vocalist and a lot of pedals can be “shoegaze.” Now more than a quarter of a decade after My Bloody Valentine dropped its debut, A Sunny Day In Glasgow is still pushing the style’s boundaries on their new Sea When Absent. The secret to the band’s success is viewing shoegaze as an approach rather than a genre, and as such, members are not picky about what they slather in reverb.

Rock, dance, hip-hop, and metal sounds swirl around in the maelstrom of this album, never settling but tearing by at thrilling speeds. Sea When Absent‘s kitchen-sink approach most likely owes to the fact that the band members mostly assembled this album via e-mail chain. (The slowed-down coughing at the end of “Double Dutch” suggests kind green buds may also have been involved, especially in tandem with the track’s name.) Though Sea When Absent is uneven and messy, it’s never dull — a rare quality in a genre that anyone with enough cash to blow on pedals can play.