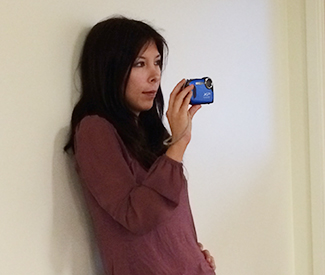 Now, San Francisco has its own struggle with sugar and the industry that pushes it, and proponents of the measure intend for the city to be ground zero for a national movement.

“If we can pass this ballot initiative in November,” Sup. Eric Mar said in a hearing last week, “San Francisco would be the first to challenge the big soda companies, their lobbyists, and their front groups.”

San Franciscans may never find out how much money the American Beverage Association is spending on those front groups to defeat the local sugary beverage tax. The Board of Supervisors narrowly passed the measure Tuesday, which will soon trigger campaign finance laws.

But that will require disclosure of money spent in the future, and may not be retroactive. The Fair Political Practice Commission requires campaign funding prior to filing periods be disclosed, but it’s an open question whether the ABA will ever disclose how much money it spent from January until now.

The soda industry hired a small army of high-profile public relations firms to fight the tax measure since January. But the San Francisco Ethics Commission says some PR firms’ actions may be legally construed as grassroots organizing, not campaign spending that is subject to disclosure laws.

Additionally, public relations firms hired by the beverage association don’t have to register as lobbyists since they’re not directly contacting politicians.

The ABA contracted at least three firms to fight the sugary beverage tax: BMWL and Partners, Rodriguez Strategies, and Alza Strategies. The beverage association promised BMWL payment of $22,500 for the first and second quarters of 2014 for their work opposing the soda tax, according to Ethics Commission filings.

But Rodriguez Strategies and Alza Strategies payments are harder to track. Rodriguez Strategies, based in Southern California, fought against a state measure to fix warning labels on soda at the behest of the ABA, but there’s no way to trace the PR firm’s funding related to the San Francisco soda tax, yet.

The first time we met a Rodriguez Strategies consultant was at a soda tax hearing in April. The Board of Supervisors chamber was filled to the brim with opponents wearing red T-shirts. The Guardian watched as BMWL and Partners employees handed out red shirts emblazoned with the slogan “STOP Unfair Beverage Taxes,” but they weren’t alone. In the corner was a slickly dressed woman handing out talking points to the opposition. She identified herself as Jessica Borek, a consultant with Rodriguez Strategies.

“I would just go and look at the filings online, it should all be in accordance with the law,” she told us, in a phone interview. “That was the first event I was at. All the information on what we do is at RodriguezStrategies.com.”

We asked her how much the ABA paid the firm. “You can go onto the website and see the extent of our work with that,” she said. But the information isn’t there, because legally it doesn’t have to be.

The same black hole of campaign finance information is true of Alza Strategies. Roger Salazar, the firm’s president, told us he mainly coordinates interviews for media, helping them reach out to opposition to the beverage tax.

“We don’t engage in direct lobbying efforts,” he said. When we asked him if he’d disclose how much the ABA is paying him, he declined. “Wouldn’t Maggie say the same thing?” he said, referring to Maggie Muir, who runs the Choose Health SF campaign in favor of the soda tax. Actually, Maggie did disclose her funding.

Jessica Borek, a consultant for Rodriguez Strategies, sitting next to a “Stop the Unfair Beverage Tax” supporter at City Hall, in April. Photo by Joe Fitzgerald Rodriguez.

From January to March of this year, records show the pro-soda tax campaign received $48,000 in contributions. But Muir estimates that’s a fraction of what the beverage industry spent.

“It flies against the spirit of the law to not know who pays for all this,” she said. Muir estimates the ABA spent at least $400,000 in San Francisco against the sugary beverage tax so far. She would know, as she used to work for BMWL and Partners, but left the firm around 2002, she told us.

But Muir was not aware that Rodriguez Strategies and Alza Strategies were also working for ABA in San Francisco, causing her estimate to rise.

Sup. Scott Wiener, one of the main sponsors of the tax, told us the hidden money is a big problem. “They try to pretend they’re the champions of low income communities,” he said, “but we know they’re marketing them products that make them sick. [ABA] ignores liver disease, heart disease, obesity — the diseases clinically linked to these beverages.”

BMWL and Partners has tried to paint the soda tax as an affordability issue. “Their mailer linking the cost of a Dr. Pepper to the evictions of San Franciscans was offensive to a lot of people,” Wiener said.

When we tried to contact Chuck Finnie, a former San Francisco Chronicle reporter who now works for BMWL, he directed us to another colleague who has not yet called the Guardian back. When we reported on BMWL’s misrepresentation of local business opposition to the measure (“Kick the can,” Feb. 25), he told us, “This is bullshit, the gloves are off.”

Sources tell us the ABA wasn’t pleased with Finnie’s quote or tone. But the campaign — which is expected to be one of the best funded and highest profile of the fall elections — certainly won’t be lack for spokespeople.