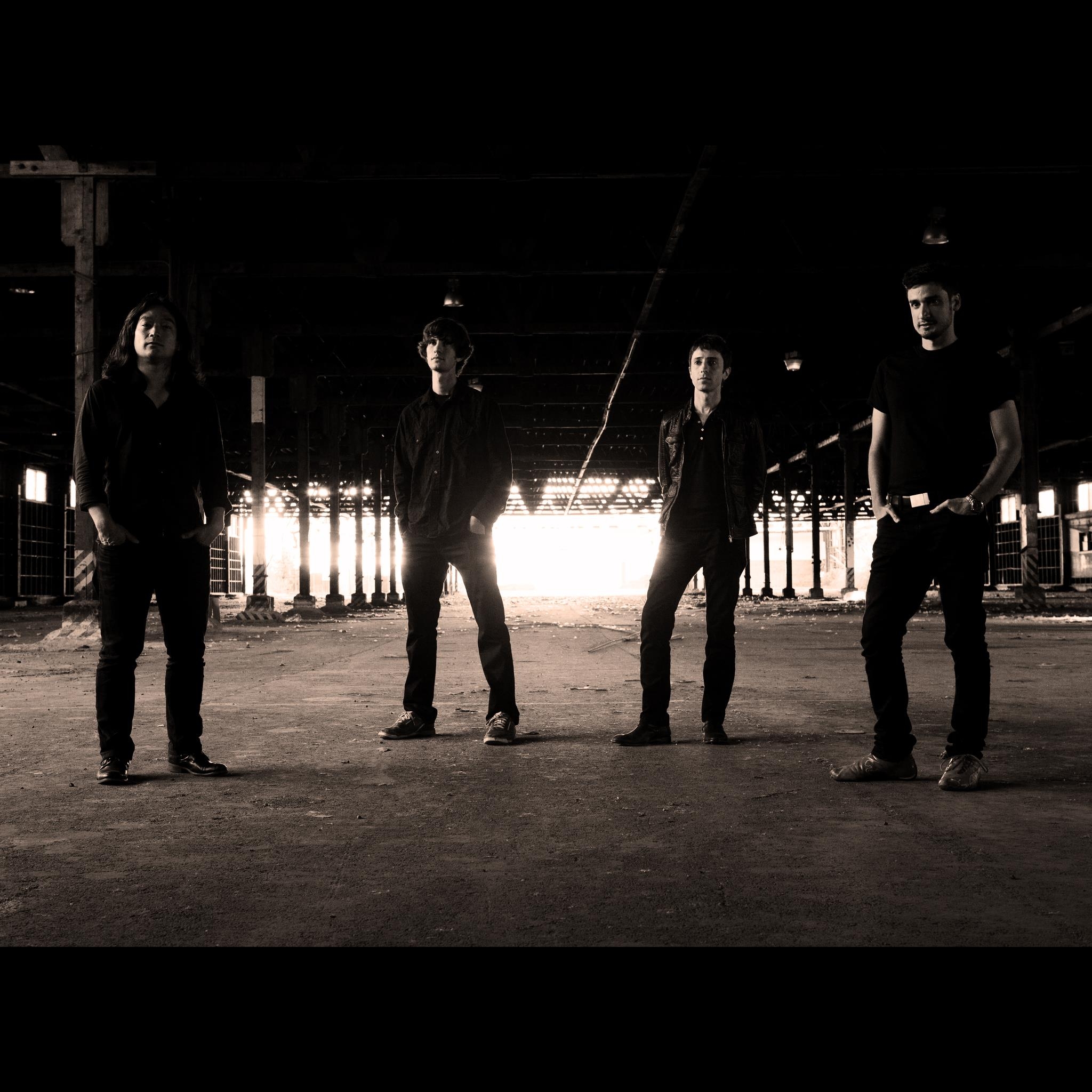 San Francisco’s Dangermaker is a roughly five-year-old band that has always seemed to deal in the dark arts of the indie world.

Driving hard-rock percussion and moody, anxious guitar hooks (Interpol at their most danceable?) lay a bed for singer Adam Burnett’s plaintive wail, which — while Bowie comparisons are hard to live up to (and he gets them often enough) — has a way of sticking around your eardrums; its sense of being haunted comes across as organic, and original yet familiar, pained but very, very strong.

The end result feels like an adventure dream full of danger you can’t quite put your finger on, something hanging on the precipice of nightmare, but too interesting to make you want to wake up. Hell, even all their band photos seem to have taken place during a sketchy nighttime meeting of some kind. The first single off Dangermaker’s new EP Light the Dark (the band’s second EP this year), out Aug. 28 on Breakup Records , is no exception, playing deftly with contrasts, even as it adds anthemic, shout-along backup vocals to the chorus. The band debuts the single at the Elbo Room this Friday, July 18, alongside a strong local bill of Happy Fangs, Coo Coo Birds, and brand-new Breakup Records signees Major Powers & the Lo-Fi Symphony.

Check our premiere of the video for “The Light” below; and read on for a note from Burnett.

“People often think some of our songs have strong religious connotations in the lyrics, “The Light” included. The initial inspiration actually came out of a much darker song idea, something I demoed up late one night after having come out of a difficult time losing my father,” explained Burnett in an email.

“After bringing it in to the band we made a conscious effort to push it out of that dark place where so much of our music has lived, and let it go where it may, resulting in a new sound for us. In making the video we tried to illustrate just that — that there exists a dark side as well as a bright side in life, and we have no control over it. The only way to make it through is to accept and embrace them both.”