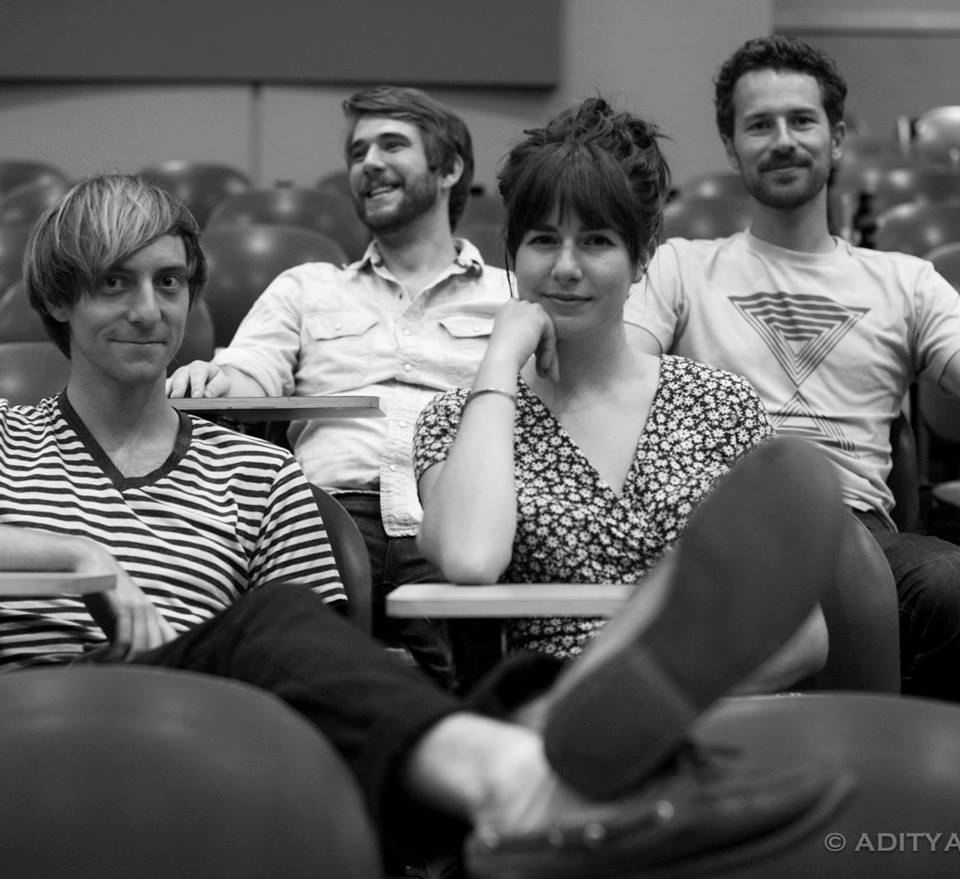 Hello friends and festival-goers! Did you just get back from High Sierra? Does your hair still smell of patchouli? Are you sad that you actually have to be in the world this week, possibly at a desk, while wearing all of your clothes? (Sexual harassment suits these days, lemme tell you.)

Fret not, fair Bay Areans. A solid few days of music, most of it bred right here, awaits you. Read on for our picks.

Get your ALL CAPS game faces on for this buzzy night, which pairs SF’s own Van Pierszalowski and WATERS‘ hook-and-distortion-heavy guitar rock with the melodic, playful electro-pop of singer-songwriter Brodie Jenkins and synth-guitar-wizard-producer Johnny Hwin, aka CATHEDRALS. The latter (one of the Bay Guardian’s bands On the Rise this year) has garnered an impressive amount of attention around the Internets (and at SXSW) without even an EP to their name — this show marks their first public performance in the city. Come prepared to be seduced by Jenkin’s vocals, then do some cathartic headbanging to Pierszalowski’s. WATERS should be in good spirits; they’re heading home from a tour that included two sold-out nights at the Troubadour. [Note: The website says they’re sold out; you should still be able to snag tickets at the door.] (Silvers)

The world was not ready for Cynic when they first emerged in the late ’80s. The band’s jazzy prog-metal and anti-macho stage presence (inspired in part by members Paul Masvidal and Sean Reinert’s sexuality — Reinert calls their music “some gay, gay metal”) made them equal parts influential and reviled. On their first national tour opening for Cannibal Corpse, the extreme audience hostility they experienced was enough to make them call it quits for 12 years — during which time their reputation and influence grew. Since the crew’s 2006 reunion, they’ve enjoyed success and reverence, releasing two more albums and playing major festivals in the U.S. and Europe. Their upcoming Fillmore gig is a chance to see one of metal’s coolest influences rock a venue as comfortably and thoroughly as they deserve to. (Bromfield)

Formerly of Or, the Whale, San Francisco singer-songwriter Lia Rose has the kind of voice that seems like it could cut steel with its clarity — but instead, she’s going to pick up a guitar and carve you a lovesick, honey-and-whiskey-coated lullaby, with pedal steel or upright bass or banjo or all three helping to lull you under her spell. The timeless quality of her indie-folk pairs well here with opener We Became Owls, an East Bay Americana outfit that’s been gaining devotees like a steam train for the past year, despite not having an album out (this is their record release show). Gritty, Guthrie-esque sing-alongs are a distinct possibility here; maybe do some vocal warm-ups? (Silvers)

If you have anything left in you after spending the day and boozing and grooving and (sun-)baking to Wye Oak and Thao et al at Phono del Sol — first of all, we salute you. Second, you could do worse than to head over to Slim’s to see these East Bay mainstays co-headline with Guy Fox. Waterstrider‘s blend of Afro-pop, dance-ready synths, and indie rock is a must for anyone who wishes the latest tUnE-yArDs record were twice as long, or that Little Dragon (whom they’re known to cover) were just a little more, er, Californian. Fox will bring more of a driving, brassy garage-funk spirit to the evening. Another fine pairing indeed. (Silvers)

Neck of the Woods becomes a time machine on Sunday as Darryl McDaniels, better known as D.M.C., drops in for a nostalgic journey through the annals of 1980s rap. One third of the explosive rap innovators Run-D.M.C., McDaniels has kept busy since the dissolution of the group more than ten years ago, playing a full festival circuit, doing extensive charity work, and covering Frank Zappa’s “Willie the Pimp” with Talib Kweli, Mix Master Mike, and Ahmet Zappa for a pulsating track on a birthday compilation put out by the Zappa Family Trust. It’s hard to say whether D.M.C. will pull out anything quite as wild during this set, but expect zeitgeist-defining songs like “It’s Tricky” and “Walk This Way,” and hopefully some deeper cuts from the group’s later work (2001’s Crown Royal has some underrated tracks) and D.M.C.’s only solo album, Checks, Thugs, and Rock and Roll. Joining McDaniels on the mic are local groups the Oakland Mind and Jay Stone, each of whom have decidedly D.M.C.-inspired beats and flows and will offer up both politicized and party-themed bangers centered around the Bay. If you’re feeling like “Raising Hell,” then head over. (Kurlander)