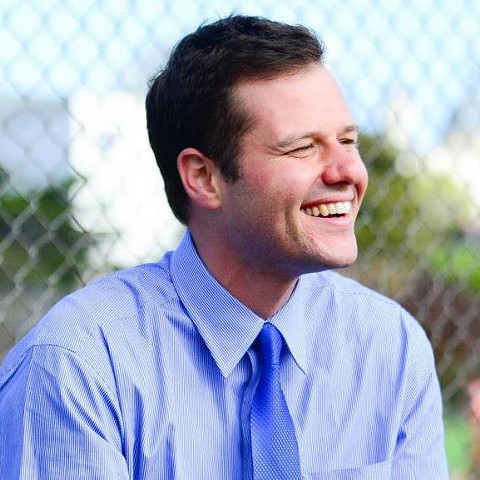 Update [6/25]: The minimum wage proposal won, and is now part of SFUSD’s approved budget. “There will be a larger conversation in August when I introduce the new minimum wage policy,” Matt Haney, of the Board of Education said. Read the article to get some context on SFUSD’s minimum wage struggles.

“It’s a relatively small amount of people, but a dollar fifty or two dollars more an hour is not pocket change for them,” he told the Guardian. “It’s really a step towards aligning the school district towards paying everyone a living wage.”

As a state entity, the SFUSD need only adhere to the state minimum wage of $9 an hour, which will be the state’s new minimum wage starting July 1. For now, San Francisco’s minimum wage is $10.74 an hour, though that may change under a new November ballot measure to as much as $15 an hour by 2018.

Haney is considering introducing a new resolution in August to match the City’s $15 minimum wage hike, as well.

Over 800 SFUSD workers earn below San Francisco’s minimum wage. These employees are mostly unrepresented by unions, Haney told us, and though they serve in a variety of positions, most are yard monitors who oversee recess in the city’s over 100 schools.

Haney’s minimum wage proposal is part of the overall SFUSD proposed 2014-15 budget, which the school board will vote on tonight. As Governor Jerry Brown’s new funding mechanism, the Local Control Funding Formula, drives extra dollars into disadvantaged school districts, the unions and schools are expected to put on the pressure for the district to offer raises for teachers and paraprofessionals.

“There should be some fireworks, I imagine,” Haney said.

Negotiations between the school district and the unions are at a standstill, sources tell us. The district said it is proposing a 8.5 percent increase over three years, which amounts to an approximate $1.83 an hour raise for paraprofessionals. This offer infuriated the United Educators of San Francisco, who allege that is still not a living wage.

“They’re coming to us and saying ‘this is almost the best we can offer,'” Dennis Kelly, president of UESF told the Guardian. “What the hell does that mean?”

Paraprofessionals often work in special education or early childhood education, and some are security aides. There are between 1,350 and 1,500 of those employees at any given time in the district, Kelly told us, noting they’re also a group made up largely of minorities and women.

In a statement to the press, SFUSD Superintendent Richard Carranza said the district made the best offer it could under the circumstances.

“We are committed to providing salary increases this year and in the future as long as the revenues from the state continue to grow,” Carranza wrote. “Unfortunately the state’s forecast for school budgets just got a lot worse. Governor Brown just said that he is now expecting districts to pay a bill, in the amount of several billion dollars, to cover the State’s unfunded pension liabilities as soon as next school year and every year after for the foreseeable future. This expenditure will spend a significant amount of the very same revenues we are counting on to provide services for our students and salary increases for our employees.”

As the district struggles with its bills, the paraprofessionals are facing the very real rising costs of living in San Francisco. The average pay for a paraprofessional is $25,000, Kelly told us, adding “you’re employing 1,000 of these people at poverty wages.”

The UESF will take a vote to authorize a strike vote in August, and the negotiations between the UESF and the school district is expected to be mediated soon.

In the meantime, for 800 or so employees at least, Haney’s minimum wage increase should bring some much-needed good news to a school district beleaguered with money woes. Though the raise would only bump employees a dollar fifty or two dollars an hour more, Haney said, “it’s a symbolic in some ways, but important.”

And as a school district that mostly serves poor and disadvantaged students, Haney added, “if anyone should know about poverty in schools, it’s us.”

Correction: An earlier version of this story inaccuately cited the district’s wage offer. The Guardian apologizes for the error.