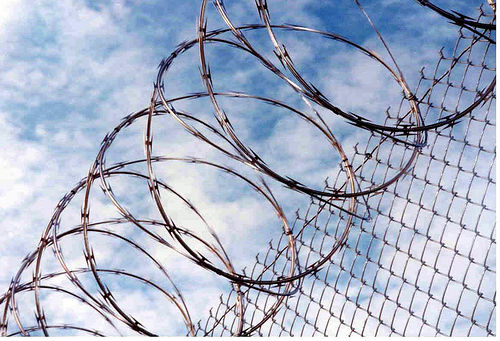 Kink.com’s pre-Pride party “Pride at the Armory: Prison of Love” on Sat/28 promises to create the “world’s largest megaclub prison yard” as a backdrop for the festivities. However, this party is doing more than raising the roof — it’s raising concerns about incarceration rates and prison assaults of LGBTQ peoples. Critics argue that the party fetishizes sexual assault in prisons.

The BoycottSFPride letter posted on Tumblr criticizes the party’s theme and states that one of the main issues with the party is the way it’s marketed. The letter argues that “the party…fetishizes prison sexual assault, a form of violence that primarily affects low-income people of color, particularly LGBTQ people.” But what about sexual fetishes and preferences on a personal level? “While it is certainly appropriate for individuals to participate in scenes, or even larger events that explore prison fetishes, throwing a major event billed as the city’s largest Pride party is inappropriate.”

The Transgender Gender Variant, Intersex Justice Project also posted an open letter in response to the event. The letter is, most notably, signed by this year’s SF Pride Grand Marshal, Miss Major. The letter states that it’s not the kinkiness of the party that’s an issue — it’s the theme. “It’s not that we don’t love sex, sex parties, sex workers, and kink. It’s that we love it as much as we love justice, and are appalled by the casual use of the Prison Industrial Complex.”

(A protest march to the Armory during the party is planned by Gay Shame and others, Sat/28, 10pm, starting from the 16th St. BART station. More details at www.gayshamesf.org.)

In regards to the marketing issue, Acworth said that Kink is contractually bound to the theme and it’s too late to order new costumes, sets, and props. The closest Acworth gets to saying whether or not the theme is appropriate is this statement: “Had I thought that a prison fantasy party would detract from the very serious issue of the prison industrial complex in this country, I would have insisted on another theme.”

Acworth said that he was particularly chagrined by the protest because “the LGBTQ communities are strongly represented and cherished at the core of Kink.com.” That point was echoed by Andrew Harvill, the main coordinator of the party. Not only does Harvill identify with the LGBTQ community, he worked with prisoners and Death Row inmates as a missionary in Georgia. When asked about his feelings on the theme, Harvill described the prison as a backdrop to the party, as scenery that’s no different from that of the Netflix series Orange is the New Black or gay bars such as Cell Block in Pennsylvania. Harvill also stressed that there are two parts to the theme: “Our detractors skip over the whole love part of the theme. Everyone just wants to talk about one part of a two-part theme.”

She said an abuse survivor could queer something that happened to them in order to gain control of the situation, but sexual fantasies aren’t limited to victims. “It may be that the person is attracted to the edge, pushing their own boundaries into unsafe space in order to disconnect from the real world and heighten their focus on sexual pleasure.”

So how can the issues with the theme be fixed? Acworth promises that Kink is changing the invitation to add links to highlight the political issue and remove words like “incarceration” and “arrested.” Regarding the economic aspects of the event, Acworth says that Kink is “happy to talk with any groups about ways we can help support them.” Trouble suggests creating a space that allows attendees to define the surroundings themselves. “That way, those queers with prison fantasies could play out their desires in a safe space, while also making space for people who may actually be quite triggered by sexual prison fantasy, but still want to participate in a kinky pride play space. “

Although the party’s theme is controversial, it’s at least opening the discussion around the incarceration rate and prison-related violence toward LGBTQ people. The BoycottSFPride letter provides great facts about sexual assault in prisons and the party invitation will soon help educate as well. Harvill stated that “the point of the party is to have fun, more than it is intended to raise consciousness of a political issue.”

Now, maybe it will do both.