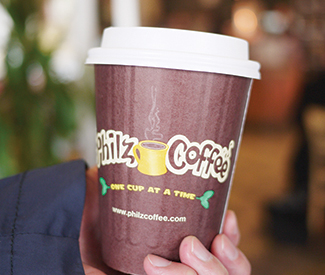 San Franciscans have always been wary of chain stores, more so than residents of any other major US city, none of which have taken on the ever-expanding national corporations and their homogenizing impact on local communities as strongly as San Francisco.

In the decade since San Francisco first adopted trail-blazing controls on what it calls “formula retail” businesses, those restrictions have only gotten tighter for various commercial districts around the city as elected supervisors seek to prevent big companies from taking over key storefronts from local shopkeepers.

But now, as the Planning Department and Mayor’s Office push a new set of formula retail regulations that they say standardizes and expands the analysis and controls for chain stores throughout the city, neighborhood groups and small business advocates are decrying aspects of the proposal that actually weaken those controls.

Most controversial is the proposal to almost double the number of outlets that a company can have before it is considered a formula retail business, going from up to 11 stores now up to 20 under the proposal, which was approved by the Small Business Commission last week and heads to the Planning Commission next month.

Opposition is particularly strong in North Beach, one of two neighborhood commercial districts that have an outright ban on formula retail business (Hayes Valley is the other) and where residents are organizing to fight the proposal at the Board of Supervisors and at the ballot if necessary.

“The Planning Department proposal to redefine what a chain store is flies in the face of the voters’ will and 10 years of successful chain store policy,” Aaron Peskin, the former Board of Supervisors president from North Beach who sponsored the ordinance banning chains there, told the Guardian.

The citywide voters he refers to are those who approved Prop. G by a wide margin in 2006, defining formula retail business as having 11 or more outlets with common branding and merchandise and requiring that they obtain a conditional use permit before opening in most neighborhood commercial districts, thus giving local residents a vehicle to stop those projects.

Although Prop. G allows the city to update its standards and definitions regarding formula retail, Peskin and others said throwing out the negotiated number of 11 outlets undercuts “the fundamental underpinning of the formula retail controls.”

The Planning Department proposal also does nothing to prevent big national chains from creating spin-offs to circumvent the controls, a growing trend that raised controversy in the last few years, including when Gap subsidiary Athleta opened a store on Fillmore Street and when Liz Claiborne owner Fifth & Pacific Companies tried to open a Jack Spade store in the Mission District.

“We’re hoping this legislation moves forward as quickly as we can,” Mar told us. “We’re losing neighborhood character in many areas.”

For all the indignant opposition to the Planning Department proposal expressed at the June 9 Small Business Commission meeting, where mayoral appointees led that body’s 4-2 vote approving the measure, the planners who developed it say they’re actually trying to expand the controls on chain stores.

Senior Policy Advisor AnMarie Rodgers and Project Manager Kanishka Burns sat down with the Guardian to go through details of the proposal and a May study it was based on, “San Francisco Formula Retail Economic Analysis,” by Strategic Economics, as well as an earlier study by the Controller’s Office.

“Our department is super committed to encouraging the diversity of neighborhood commercial districts,” Rodgers told us, acknowledging that small businesses often need protection from deep-pocketed corporations that can pay higher rents and enjoy other competitive advantages over mom-and-pop stores.

Rodgers cited studies showing that local small businesses circulate more of their revenues in the city than big chains, boosting the local economy. That’s one reason why the Planning Department proposal expands formula retail controls to include the categories business and professional services (including Kinko’s and H&R Block), limited financial services (including street front ATMs and small banking outlets), and fringe financial (such as check-cashing and payday loan outlets).

The new controls would also count a company’s outlets in other countries and locations that have been leased but not yet opened, it would expand some of the neighborhoods subject to formula retail controls, and it would require formula retail businesses to minimize their signage on the street, improve their pedestrian access, and fund more detailed analysis on their impacts on the local economy. Big box stores, in particular, would be required to submit to even more detailed economic impact studies.

Many of these same provisions are included in the Mar legislation, which also goes further in including gyms, gas stations, smoke shops, strip clubs, massage establishments, and various automotive businesses under the formula retail controls. Like the Planning Department measure, Mar’s also requires more data for formula retail applicants.

“We want to make chains fund economic impact statements before they go into the neighborhoods,” Mar said, noting how those studies will allow city officials to make better decisions about whether to approve formula retail applications.

Stacy Mitchell is the senior researcher for the Institute for Local Self-Reliance, an organization that has been working with San Francisco on its formula retail controls since their inception. She applauds the city’s current efforts to create more comprehensive guidelines and to require more economic analysis.

“San Francisco doesn’t have a good mechanism for fully evaluating the economic impact of these proposals,” Mitchell told us, calling the Planning Department and Mar efforts “a really good place to start the conversation.”

But Mitchell said that she doesn’t want to weigh in on what specific number of outlets may be right, saying city officials just need to decide, “What is the right balance and mix and how do we want to handle it?”

Rodgers told us the Planning Department legislation will expand the number of businesses that fall under formula retail controls, even as the threshold is raised to 20 outlets, although she couldn’t quantify exactly how much.

But critics are focusing on aspects of the proposal that loosen current restrictions, noting how that cuts against the trend in recent years of supervisors seeking to tighten restrictions in their districts, creating a hodgepodge of legislation that the Planning Department was trying to overcome with comprehensive new legislation.

The Planning Department’s new threshold and the arguments being made to support it rely heavily on making the case that three specific homegrown companies should be excluded from formula retail protections: Philz Coffee (with 14 stores), Lee’s Deli (13 outlets), and San Francisco Soup Company (16 locations).

“Right now, we would treat Philz the same way we treat Starbucks,” Burns said, noting that Starbucks has more than 20,000 outlets.

“Can’t you cut a break to the businesses that started here?” was a question that Rodgers says helped shape development on the regulations. The Strategic study found that about 5 percent of the retail establishments in the city had 11 to 20 outlets, while another 4 percent had 21-50 outlets. “We’re just trying to find the sweet spot.”

Yet Peskin said the change doesn’t make sense, and it’s just a way to give special treatment to a handful of local companies with political connections, and which have more resources to go through the conditional use process than a true small business.

Asked how she can seemingly circumvent the will of the voters, Rodgers told us, “It was a voter initiative, but it says the Planning Commission will establish further details.” In fact, Prop. G simply relies on the formula retail definitions that had already been adopted by ordinance started with a measure by then-President Matt Gonzalez in 2004.

But Peskin said the proposal to increase the threshold to 20 is an affront to popular local controls on chain stores, one that has little chance of becoming law.

“I don’t think the Board of Supervisors is crazy enough to go and undo one of the most successful pieces of legislation from the early part of this century. And if they do, then the voters won’t stand for it,” Peskin said, pledging to personally work on the campaign to protect existing formula retail controls.

Mar also said he will defend the current threshold. “The 11 that was written into the legislation was the result of a compromise,” Mar said, noting that Gonzalez initially placed the threshold at four stores and compromised with the business community on 11. “We’re going to do our best to work with our coalition to hold it to 11.”

Mar was also critical of the Planning Department proposal for not looking at corporate ownership of subsidiaries, something that his legislation does, stating that companies with a 50 percent or more ownership stake in an outlet get included in the formula retail designation.

Yet as the June 9 Small Business Commission hearing made clear, supporters of the proposal predictably came from the same business groups that have opposed formula retail controls from the very beginning: San Francisco Chamber of Commerce, San Francisco Association of Realtors, and San Francisco Building Owners and Managers Association.

Representatives from each of those three groups were the only people who spoke in favor of the proposal, each of them declaring it a “balanced” and “data-driven” compromise that they support, even as they argued for loosening the restrictions even more. But the vast majority of speakers were neighborhood activists critical of the proposal.

“Going from 11 to 20 makes no sense at all. Who picked out this number?” Susan Landry, owner of Animal Connection in the Marina District, told the commission. “Please have a conscience and vote for independent businesses.”

But Small Business Commissioner Kathleen Dooley said the vote was just the latest example of a commission stacked with mayoral appointees (including two bankers) doing the bidding of downtown rather than advocating for small business interests.

Yet the planners involved on the proposal call that a simplistic view that discounts the comprehensive nature of the new policy, which they say could serve as a model for other cities.

“I think they’ll all catch up to us,” Rodgers said of the other big US cities that have become to explore formula retail controls as local small businesses struggle against competition from chain stores. “We are a national leader on this and we want to get it right.”

Mitchell agreed: “There are lots of conversations going on around the country about how to meet this challenge, and people are watching what San Francisco does.”