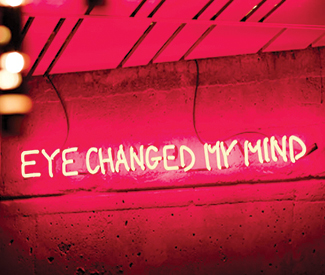 We decided to walk around the Tenderloin. I had my computer, Gene had his bike, and Sabrina had a bag of things I’m sure she didn’t want taken from her as well. We were coming from my weekly Wednesday gig at Monarch where I do a coloring book happy hour.

“It’s very San Francisco out,” I said as we came up Taylor and saw the fog sliding its fingers down the sides of Nob Hill’s buildings. “I love summer in San Francisco,” I mused. “Me too,” Sabrina said, “I hate when people bitch about it. It’s part of San Francisco and loving it is part of being a San Franciscan.”

As we got to the entrance of Jones (620 Jones, SF. www.620-jones.com), the three of us landed on something we felt was important at the moment, that before this current gold rush, it was San Francisco’s summers that weeded out who would stay and who would go. You couldn’t take the mist and the fog? Then you got the fuck out of town. That fog is our inheritance and our merit badge and such a part of The City that you have to love it to live here.

Walking out onto the patio at Jones we were surprised there were no heat lamps. The entirely of the joint’s drinkers were crammed into the little sidebar adjacent to the patio, and as we sat down at the short end of the bar, the three of us gave each other a knowing glance. It said: How many of these people are experiencing their first San Francisco summer? How many would be considering packing up and heading back to wherever they’re from if they weren’t here for the gold rush? How many are living in apartments recently vacated by people whose love for the fog, and all it represents, just wasn’t enough to be able to keep them here?

Gene tipped the barman with a two-dollar bill. “Oh wow,” the bartender said, “you’re still doing that after all this time?” Gene told us he’d met him years before, during the first dot com boom, when the guy tended bar at 111 Minna. “Back then Minna was just a small one room space, not like it is now, Gene explained. “And I remember being there and learning for the first time how badly cocaine got on top of some people when these two girls, up from LA, were offering to blow people for blow.” As I looked around the room at all the pretty and well-dressed people, I wondered what they’d all be willing to do to get something they really wanted. I wondered the same thing about myself. What was I willing to do to stay in San Francisco if push came to shove and shove came to eviction.

Across the bar I noticed a friend who was obviously on a date and even more obviously drunk. “Hey look who it is,” I said to Sabrina who was also friends with the girl, and our conversation changed to the fact that, another integral part of living here is being ok with your past. “You can’t burn bridges,” Gene said, “since you’re bound to run into that person on a barstool sometime soon.” To which I replied, “If you burnt San Francisco’s bridges, all we’d be left with was the Peninsula…” The joke hit all three of us harder than expected. We looked around, looked at each other, and then left the bar. We felt more at home amid the fog anyways.