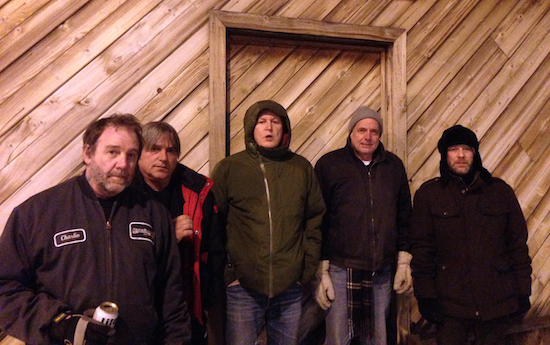 In a conversation about ’90s rock staples the other day, a friend casually mentioned that he’d never really listened to Guided By Voices, a statement that provoked in me a somewhat surprising level of panic, alongside a strange sense of injustice.

“Here!” I cried, throwing on the starter-friendly greatest hits compilation Human Amusements at Hourly Rates. “Listen!” He listened politely for a few songs.

“They sound like every other lo-fi indie band from the mid-’90s onward,” he said.

“NO,” I said. “Every other lo-fi indie band from the mid-’90s onward sounds like them.”

If people know one thing about GBV, it’s generally that frontman Robert Pollard is one of the most prolific songwriters of his time: Try 23 full-length albums inside 22 years, figuring in a six-year hiatus in the aughts, and not counting the hundreds of songs Pollard has released not under the GBV moniker. If people know a second thing, it’s that the band’s live show is legendary, known for sometimes stretching over three hours (even more impressive considering their propensity for two-minute songs) and for continuous, gleeful onstage drinking.

Other things you should know: Equal parts psych, prog, punk, and British Invasion garage rock, Guided By Voices have influenced a shit-ton of other artists. Their songs are deceptively simple and sing-songy in places and straight-up dark and noisy and uncompromisingly weird in others; often incomprehensible lyrics give way to depths of feeling and wonderfully dreamlike moods that somehow leave you feeling nourished. Pollard’s a bit of a nut, but in a heartfelt way; he’s not putting it on. I love the Pixies and Sonic Youth as much as anyone, but goddamn, now that I’m thinking about it, there is no good reason that GBV doesn’t quite enjoy the same universally accepted recognition as a rock elder from today’s lo-fi younguns. Even White House Press Secretary Jay Carney agrees.

To trace the band’s evolution from early ’80s Dayton bar band up to the present — which finds them about to play The Regency Ballroom tomorrow, Wed/11, in the middle of the fourth year of what was expected to be a one-off reunion that began in 2010, and after releasing their sixth reunion record, Cool Planet, last month (after Pollard announced that the fourth, 2013’s English Little League, was the last) — would take a rather long time. So we won’t do that.

Suffice it to say: Here. Listen.