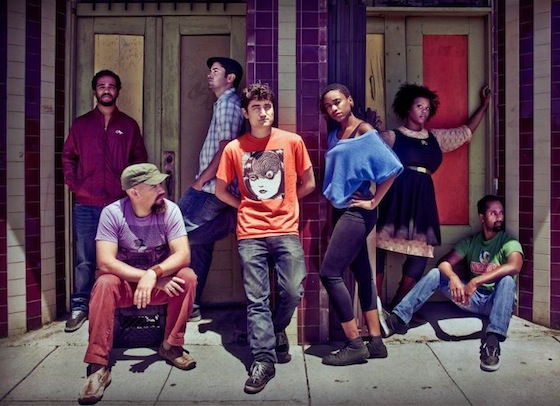 Y’all ever have that thing where a week or two will go by without a show you’re particularly stoked on, and then all of a sudden there’s one weekend where you want to go to everything? But you can’t, because you’re human, and science is too busy ensuring you’ll have nightmares of outstanding proportions tonight to get on that teleportation thing, so you have to make all these god-awful decisions?

Yeah, me too. This is one of those weekends. Here we go:

The Congress with Andy Allo and Wil West at the Great American Music Hall:

A self-described Army brat who moved around for much of his youth, composer-singer- trumpeter Marcus Cohen grew up on gospel music in church, with a magnet arts school in Philadelphia nurturing his obvious talent at a young age. That explains the unmistakable soul coursing through the veins of The Congress, the 10-piece purveyors of a very danceable funk-soul-hip-hop-R&B stew, who’ll bring their unique sound to the GAMH Friday.

“I tend to write when I’m in transit — on planes, subways,” says Cohen, who recently moved to LA after nine years in SF. We can forgive him the wanderlust if it keeps producing songs like those on last August’s Conversations. Since then, Cohen has been working on new material, adjusting the band’s lineup, and singing more — the record he’s begun writing over the past year sounds more like where he’s at right now, he says. This show should be a good, sweaty dance party, and a good chance to hear some new tunes.

French Cassettes with Major Powers and the Lo-Fi Symphony at Awaken Cafe in Oakland: Because nothing says First Friday like a local two-fer, featuring crazy-nerdy-glam-rock-costumed-piano-funk (fresh off a spot at BottleRock) followed by danceably infectious indie pop hooks from these SF scene darlings (fresh from the Locals Stage at BFD). All of it for the low price of zero dollars!

Scraper with Midnite Snaxx and So What at Hemlock: Classically and somehow reassuringly misanthropic punk rock with a sense of humor. Yes please.

Oakland’s own tUne-yArDs with dream-team electro-funk-pop East Bay openers (and Goldie winners) The Seshen at The Fillmore: Duh.

Not Dead Yet Fest with Strange Vine, Cellar Doors, Annie Girl & the Flight, Ash Reiter, and tons more at Thee Parkside: Don’t believe the hype — not every single SF musician is deserting for more affordable pastures. It was with that in mind that the Bay Bridged organized this one-day fest, with a nice, diverse lineup of local indie kids. Fresno’s Strange Vine in particular put on a weirdly alluring psychedelic shitshow of a good time.

Les Claypool’s Duo De Twang with Reformed Whores at Great American: Music writer and lady with good taste Haley Zaremba says: Les Claypool has an amazing eye for weirdness. His band Primus has made a decades-long career out of defying every possible genre classification, wearing monkey masks onstage, and naming their albums things like Pork Soda and Sailing the Seas of Cheese. Now Claypool is going the opposite direction, creating the most minimalist, deconstructed music possible, with one vocal, one bass, one guitar, and one makeshift percussion tool — but don’t worry, it’s still bizarre.
In his Duo De Twang, which was originally organized as a one-off for Hardly Strictly Bluegrass, Claypool teams up with longtime buddy and collaborator Bryan Kehoe to play originals and tasty twang covers (including the Bee Gees and Alice in Chains). The show promises down-to-earth, intimate weirdness, plus seriously incredible musicianship.

Lagos Roots Afrobeat Ensemble at The Chapel: How often do you get to see a 17-piece afrobeat ensemble in a room like the Chapel’s? Led by Geoffrey OMadhebo, these musicians will temporarily make you forget exactly what decade and continent you currently inhabit, in a good way.