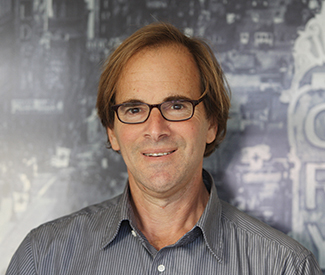 Randy Shaw is a Tenderloin power broker who has a cozy relationship with the Mayor’s Office, regularly promoting its interests and perspective on his blog, BeyondChron, and through other avenues. In return, Shaw quietly gets tremendous city support — including big infusions of public funds — for his projects and initiatives.

The biggest recipient is Shaw’s main organization, Tenderloin Housing Clinic, which holds city contracts worth millions of dollars to manage single-room occupancy hotels for the poor, including supportive rooms for the formerly homeless. But that’s just one of Shaw’s many projects.

The most recent example is the Tenderloin Museum project, which Shaw has been working on for five years (see “Test of the Tenderloin,” 9/28/10). In addition to getting official support from Mayor Ed Lee and Sup. Jane Kim — both of whom Shaw and his closest associates helped get elected — Shaw has also gotten a commitment of public funds that he appears to be trying to hide.

During the April 21 press conference celebrating the Tenderloin Museum project, flanked by Lee and Kim, Shaw described how the once-vibrant Tenderloin went into economic decline in the ’50s, but that he and others have been trying to restore it and spur more investment.

“Fortunately, we have those of you in the room who did believe, and none greater than the mayor,” Shaw said, parroting the lavish praise he regularly heaps on Lee at BeyondChron, praising his leadership on the Twitter tax break. “With the mid-Market/Tenderloin tax exemption, it’s often forgotten that the Tenderloin is in there, but the mayor insisted on it.”

Actually, as a Guardian investigation showed at the time (“Behind the tweets,” 3/15/11), it was Shaw who took the lead role in orchestrating the deal and ensuring the Tenderloin was part of it, benefiting some of Shaw’s business allies in the process (see “Selling the Tenderloin,” 3/29/11).

Now, a Guardian review of recent emails between Shaw and city officials shows that he has once again used his political influence and connections in the Mayor’s Office to tap public funds for his Tenderloin Museum project — something Shaw conveniently failed to mention at the April 21 event, even as he praised the pro bono work of contractor Webcor Builders and structural engineer Rodrigo Santos, the conservative pro-development advocate whom Lee appointed to serve on the City College Board of Trustees (see “Words and deeds,” 9/11/12).

Shaw regularly trades emails with officials in the Mayor’s Office of Economic and Workforce Development and Mayor’s Office of Housing and Community Development, both of which are working on funneling funds to the Tenderloin Museum project. Shaw peppered those conversations by sharing his sympathetic blog posts with the officials, urging them to “please send it around.”

Shaw did not return phone calls seeking comment for this story.

In association with the museum project, Shaw’s Uptown Tenderloin Inc. was recently awarded a $20,000 contract with OEWD to help fill commercial vacancies in the Tenderloin, a role made easier by city officials who regularly refer business leads and official inquiries to Shaw, the emails show.

An April 7 email from Shaw to John Harris of the Mayor’s Office of Housing outlines the funding arrangements, and illustrates the influence Shaw appears to hold with key city officials.

“Per your discussion with Sarah [Wilson, who is helping open the Tenderloin Museum] last week, Brian [Cheu, director of community development at MOHCD] and I had previously agreed that MOHCD funding also covers museum exhibit design costs and project management once we tap out OEWD funding. The exhibit design funding would cover costs for our exhibit designers, West Office Exhibition Design (WOED), and their exhibit fabricator. Selection of this fabricator is currently in a bidding stage — there are a total of 3 bids being collected. Brian agreed that the exhibit fabricators would not be subject to prevailing wage since all fabrication is occurring off-site. To confirm, the MOHCD grant would be paying for invoices from Webcor, Sarah Wilson, WOED and WOED’s fabricator. Sarah can keep you updated on the selection of the fabricator. We expect to have this confirmed in early May,” Shaw wrote in an email CCed to Cheu, who didn’t dispute the arrangement.

Other emails and the project’s official city grant application detail how much public funds are quietly being committed to the project: $175,000 from OEWD, on top of the other $20,000 grant the Uptown Tenderloin has already received. Another $660,000 in General Fund dollars would be filtered through MOHCD, of which $200,000 would go to the West Office Exhibit Design budget, and $460,000 to Webcor Builders, even though Shaw praised the company for doing its work for free.

A Guardian request for more information on the grants shows the $175,000 grant was awarded on Nov. 1, 2013. Before that and after, Shaw wrote glowing posts about Lee and tried to spin the ballot box defeat of the 8 Washington project and problems facing the Warriors Arena in ways that benefited Lee. Among them was his 11/12/13 post, “8 Washington Was Not a Referendum on Mayor Lee.”

How did Shaw manage to get so much support from the city and politically connected players like Webcor and Santos? At the April 21 event, he did mention one powerful figure who has been at the intersection of political and economic powers under the last three mayoral administrations: Chief-of-staff Steve Kawa.

“Steve Kawa played an instrumental role to make all this happen,” Shaw said.

But Lee said it is Shaw who deserves the credit.

“I want to congratulate Randy,” Lee said at the event. “He’s fought so hard for this for so many years.”