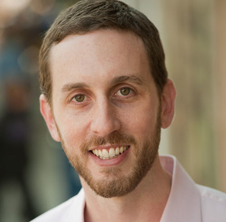 By Bruce B. Brugmann   (with special sunshine vendetta chronology by Richard Knee)

The Guardian story in the current issue demonstrates in 96 point tempo bold how important the glare of sunshine and publicity is in City Hall in keeping the public’s business public. Yet, the anti-sunshine gang in City Hall is intensifying  its savage attack on the Sunshine Ordinance Task Force.

The Sunshine Ordinance established the Sunshine Task Force to serve as the people’s court for hearing citizen complaints on public access, thus giving  citizens a way to get secret records, open secret meetings, and hold government officials accountable. It empowers citizens to be watchdogs on issues they care about.  It is the first and best ordinance of its kind in the country, if not in the world, and its effectiveness is shown by the fact that the anti-sunshine gang regularly tries  to bounce strong members and gut the task force.

Terry Francke, then the executive director of the California First Amendment Coalition and author of the ordinance, and I as a founder anticipated this problem in trhe early 1990s and put a mandate  into the original ordinance for the task force to have representatives from the local chapter of the Society of Professional Journalists (a journalist and media attorney) and the San Francisco League of Women Voters, two organizations with experience and tradition with open government issues. Later, the mandate included a representative from New America Media, to insure a member of color for the task force.

I served for 10 years on the task force and then Mayor Willie Brown made the point about City Hall interference by targeting me for extinction.  He tried several times  to kick me off the task force.  I refused to budge, on the principle that neither the mayor nor any other city official should be able to arbitrarily kick off a member of the task force for doing his/her job. When Willie left office, I left the task force when my term was up  and the principle was intact.

Today, as Richard Knee writes in his timeline and chronology below, the principle is once again under city hall attack. Knee replaced me as the journalist representative  of SPJ and has served under fire  for a record 12 years. He writes that the latest attack is retaliation for a unanimous finding by the task force in September 2011 when Board President David Chiu and Supervisors Scott Wiener, Malia Cohen, and Eric Mar violated  local and state open meeting laws by ramming through the monstrous Park Merced redevelopment contract with 14 pages of amendments that Chiu slipped in “literally minutes” before the committee vote.

This was a historic task force vote in the public interest, and a historic vote for open government and for all the good causes. But instead it prompted a smear- dilute-and- ouster campaign by the Board of Supervisors, with timely assists from the city attorney’s office.  The ugly play by play follows. The good news is  that the sunshine forces inside and outside city hall are fighting back, hard and fast, and with a keen eye on all upcoming elections.   Stay tuned. On guard. :

1. In April 2011, the Task Force voted to change its bylaws to declare that approval of substantive motions required “yes” votes from a simple majority of members present rather than a simple majority of all members, as long as a quorum was present. The quorum threshold remained at six. The bylaws change went against the advice of the city attorney’s office, which pointed to city Charter Sec. 4.104. Suzanne Cauthen and I cast dissenting votes on the bylaw change. David Snyder was absent from that meeting but made it clear that, reluctantly, he could find no reason to disagree with the city attorney’s opinion.

2. In September 2011, the Task Force voted, 8-0, to find that Board of Supervisors President David Chiu and Supervisors Eric Mar, Scott Wiener and Malia Cohen had violated the Sunshine Ordinance and the state’s open-meeting law (Brown Act). Mar, Wiener and Cohen served on the board’s Land Use and Economic Development Committee, which voted to recommend approval of a Parkmerced redevelopment contract. Literally minutes before the committee voted, Chiu introduced 14 pages of amendments to the contract. The deputy city attorney at the meeting opined that the amendments did not substantially alter the contract and therefore the description of the item on the meeting agenda was still apt and the committee could act on it. The full board approved the contract the same day.

Wiener tried to intimidate the Task Force from hearing the case. His legislative aide Gillian Gillette (now the mayor’s director of transportation policy) told us we had no business telling the board how to vote and that in taking up the matter, we would be overstepping our authority. Her tone of voice, facial expression and body language were clearly confrontational. We pushed back. Bruce Wolfe told her it was inappropriate to prejudge the Task Force’s vote before the hearing had begun. I told her that we were not interested in the LUED Committee’s or the board’s substantive vote on the contract, but we were concerned about the procedural aspect. A complaint alleging sunshine violations had been brought before us and we were duty-bound to hear it. I pointedly suggested she review the ordinance, especially Sec. 67.30, which defines the Task Force’s, duties, powers and composition. She skulked back to her seat, seething.

Chiu’s legislative aide Judson True told us that Chiu’s office had made a mad scramble to get the amendments printed and properly distributed to allow enough time for review by the supervisors and members of the public before the committee’s vote. He and Gillette, citing the city attorney’s opinion, reiterated that the committee and the board had followed proper procedure.

We were incredulous toward their claims that (a) 14 pages of amendments did not substantially alter the contract and (b) there was sufficient time to review the amendments before the committee’s vote. We consensed that there was no reason the committee could not have delayed its vote in order to allow adequate review time.

3. Wiener surreptitiously asked the Budget and Legislative Analyst in late 2011 to survey every city department on how much sunshine compliance was costing it. When we learned about it, Task Force Chair Hope Johnson sent a strongly worded letter objecting to the attempt at secrecy and to the form that the survey took; we felt many of the questions were vague or vacuous.

4. In May 2012, the Rules Committee (Jane Kim, Mark Farrell, David Campos) interviewed Task Force applicants. Committee members pointedly asked incumbents Suzanne Manneh (New America Media’s nominee), Allyson Washburn (League of Women Voters’ nominee), Hanley Chan, Jay Costa and Bruce Wolfe if it wouldn’t have been wise to follow the city attorney’s advice in order to avoid violating the Charter. They responded that while they deeply appreciated having a deputy city attorney at Task Force meetings and certainly gave due weight to the DCA’s counsel, such advice did not have the force of law, they had a right to disagree with it and they believed the bylaw change they had enacted in April 2011 did not violate the Charter.

Then, citing concerns about lack of “diversity,” Farrell and Kim said the Society of Professional Journalists, NAM and the LWV should have submitted multiple nominations for each of their designated seats. They pointed to language in ordinance Sec. 67.30(a) stipulating that the respective members “shall be appointed from … names” – and they emphasized the plural, “names” – “submitted by” the organizations. And the committee voted unanimously to continue those four appointments to the call of the chair.

It is important to note that this was the first time ever that the committee had made a multiple-nominations demand. Previously, the committee and the board had invariably accepted the single nominations from the three organizations.

The “diversity” argument was a smokescreen. They had already voted to bounce Chan, who is Chinese-American, and Manneh is a Palestinian-American fluent in Arabic and Spanish.

The truth was, they didn’t like the nominees. SPJ had nominated attorney Ben Rosenfeld and Westside Observer editor Doug Comstock. Both as a Task Force member and as a political consultant, Comstock had been a thorn in lots of local politicians’ and bureaucrats’ sides. And Manneh and Washburn had participated in the Task Force’s unanimous finding of violation against Chiu, Wiener, Mar and Cohen.

Upshot: By continuing those appointments, the committee and the board ensured that Manneh, Washburn and I would remain as “holdovers” and the SPJ-nominated attorney’s seat would stay vacant (Snyder had formally resigned). Manneh, citing an increased professional and academic workload, stepped aside a few months later, meaning two of the 11 seats were vacant, and it now took only four absences instead of five to kill a quorum.

5. At the subsequent meeting of the full board, after Campos moved to reappoint Wolfe, Wiener moved to replace his name with that of Todd David. In making his motion, Wiener delivered a scorching, mendacious attack on what was then the current Task Force. Details of the tirade are available on request. The board voted, 6-5, in favor of Wiener’s motion (ayes: Wiener, Chiu, Farrell, Cohen, Carmen Chu and Sean Elsbernd; noes: Campos, Kim, Mar, John Avalos and Christina Olague). The board then voted unanimously to appoint Grant, Sims, Hyland, Fischer, Pilpel and David.

6. Ordinance Sec. 67.30(a) stipulates that the Task Force shall at all times have at least one member with a physical disability. Wolfe was the only applicant in 2012 to meet that criterion. So when the board ousted him, the Task Force no longer had a physically disabled member. The city attorney advised the new Task Force that to take any actions before a new physically disabled member was appointed could land land the Task Force and its individual members in serious legal trouble. So the Task Force was sidelined for five months, finally resuming business in November 2012 following the appointment of Bruce Oka — who, by the way, is solidly pro-sunshine.

7. After interviewing 12 of the 13 task force applicants on May 15, 2014, Rules Committee members Norman Yee and Katy Tang complained about a lack of racial/ethnic diversity among the candidates, but that didn’t stop them from voting to recommend the reappointments of members David, Fischer and Pilpel, all Anglos (Campos was absent). Nor were they deterred by the fact that David has missed six task force meetings since March 2013, including those of last January, February and April. They continued consideration of additional appointments to a future meeting, possibly June 5.

At the board meeting on May 20, Wiener repeated his slander of the 2012-14 task force and heaped praise on David, Fischer and Pilpel without offering a shred of corroborating evidence. The board voted to confirm their reappointments, again ignoring David’s porous attendance record.

8. To be seen: whether Rules and/or the board will continue insisting on multiple nominations, and whether it will move forward on other possible appointments. Including Grant’s resignation and the possibility of holdovers, there is a risk that as few as eight of the 11 seats will be filled, meaning three absences would kill a quorum. Sims is moving to Los Angeles but remaining as a holdover for the moment. If he resigns, that could pull the number of fill seats down to seven, meaning two absences would kill a quorum.

The foregoing commentary is strictly personal and not intended to reflect the views of any other individual or organization.

(The Bruce blog is written and edited by Bruce B. Brugmann, editor at large of the San Francisco Bay Guardian. He is the former editor and co-founder and co-publisher of the Guardian with his wife Jean Dibble, 1966-2012). In San Francisco, the citizens are generally safe, except when the mayor is in his office and the board of supervisors is in session. You can quote me.  B3