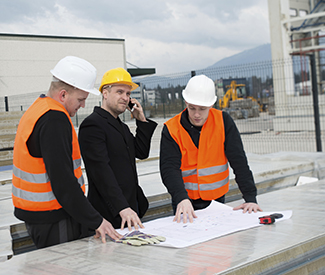 As any job seeker knows, it’s tough to compete for a desirable gig if you can’t point to a solid track record. You might think this would be especially true for city contractors who stand to make a killing on lucrative construction projects.

With close to $300 million in taxpayer dollars on the line, not to mention the general importance of having a properly functioning water treatment system in the event of an earthquake, you might think the city would kick some tires and make a few inquiries about the company’s track record before signing a deal.

But according to the results of an audit issued May 20 by the Office of the Controller, local agencies do not “consider past performance in the construction contract award process.”

Which is to say, there is no mechanism preventing city agencies from awarding high-paying construction gigs — over and over again — to bidders who have done a terrible job in the past.

For the water-treatment fixes, the SFPUC wound up selecting what the controller’s audit charitably termed a “poor-performing” contractor. It didn’t go well: The company “delivered poor quality control, and applied poor project management,” according to the audit.

It issued 87 “change orders” — adding work beyond what was outlined in the original contract — consequently padding the bill by an additional $2.1 million. And this contractor was hit with 70 noncompliance notices, issued when a contractor isn’t following the obligations spelled out in the contract. Sending out those notices eats up city resources, auditors noted, while following up on them necessitates further inspections and site visits.

Although the audit didn’t name the contractor, the amount allocated and work described suggests that it was Keiwit Infrastructure West Co., hired to take on a water treatment plant retrofit project at the SFPUC’s Harry Tracy facility, which treats drinking water that originates at the Crystal Springs Reservoir System.

According to the project website, “Seismic retrofits and electrical upgrades will allow us to reliably provide up to 140 million gallons of water per day, for 60 days, within 24 hours of a major earthquake. Harry Tracy serves several communities on the Peninsula in addition to San Francisco.” The company didn’t return a call from the Guardian seeking comment.

Why was a problematic contractor entrusted with such a critical project? According to the audit, city law does in fact require a contractor to have “a record of prior timely performance,” and a history of dealing with the city “in good faith.”

But there’s no system for holding contractors to these standards. Since the city has no system in place for evaluating bids based on a contractors’ past performance, it’s anyone’s guess whether this contractor had a poor track record before being hired — and there is nothing to prevent the firm from being hired yet again despite the problems encountered by the SFPUC.

The city contracting process follows a scoring system to ensure that the contract award is impartial and equitable — but since it doesn’t factor in a contractor’s prior track record, that’s never formally considered.

And because the city doesn’t require contractor evaluations, or maintain any centralized database of records showing how well contractors have carried out their duties in the past, “poor-performing contractors — even contractors incapable of performing the work on which they bid — can secure additional city contracts,” auditors found.

This SFPUC contract was just one example. The report also highlighted a case study from the San Francisco International Airport, in which a construction crew botched a welding job performed as part of a $15 million contract to build a pedestrian bridge and mezzanine to an airport terminal. The report outlines what went wrong, citing “inadequate installation and missed steps in the welding procedures; bolt holes were misaligned and measured incorrectly.” As a result, SFO issued 59 noncompliance notices.

A contractor hired by the Department of Public Works, for a $5.2 million neighborhood branch library project, was reportedly “aggressive and argumentative … focused on preparing a claim instead of the project,” and “left the job midway through the project,” the audit notes. After that went south, the city spent $85,000–$100,000 on litigation, finally completing the job with the city’s own workforce.

The coming decade promises to be golden for city contractors who work in the construction sector. San Francisco has budgeted more than $25 billion for ambitious projects under its capital improvement plan, so many lucrative construction opportunities will arise.

The Controller’s City Services auditor has kept a watchful eye on construction over the past couple years, Director of City Audits Tonia Lediju told the Guardian. That led to the discovery that the city lacks a process for tracking contractors’ past performance when making hiring decisions.

“Given what we learned from our previous audits, not to mention … our reliance on contractors to accomplish our city’s capital plan, the Controller’s Office decided to conduct this audit to more formally assess the adequacy of the departments’ contractor evaluation processes,” Lediju explained.

As part of the audit, the Controller’s Office surveyed construction management staff at various city agencies, finding that a full 70 percent of them reported encountering poor-performing contractors “at least occasionally.”

To address the gaping problems in the construction contracting system, the Office of the Controller recommended that city agencies work with the Mayor’s Office, the Board of Supervisors, and the City Attorney’s Office to strengthen the law by requiring contractor performance evaluations to be completed — and to consider those evaluations when awarding contracts. With $25 billion in spending over the next 10 years, this might be a wise move.