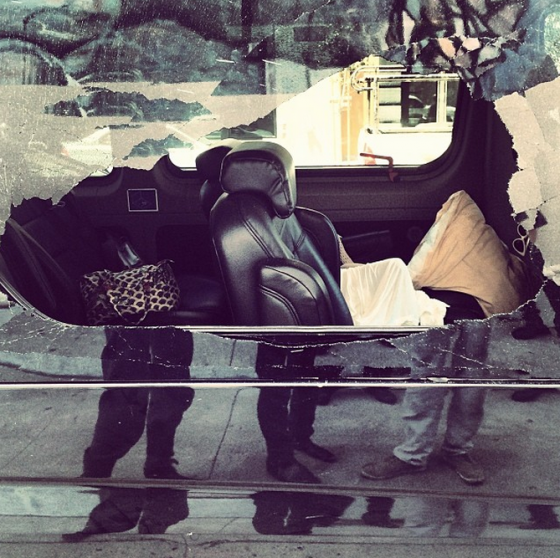 Via Mission Mission: Earlier today, someone broke into the van carrying equipment for Sean Lennon’s The Ghost of a Saber Tooth Tiger, which played at Great American Music Hall last night.

Said thief made off with percussionist Connor Grant’s laptop, which seems like a thing that’s probably fairly crucial for performances going forward, like tomorrow night’s show in Seattle. Per Lennon’s Instagram:

Our van window was smashed this morning as [Grant] was getting coffee near Franklin and Hayes. BIG REWARD if computer is returned unharmed! NO QUESTIONS ASKED! If anyone knows anything pleeeeease contact us at mutethehead@gmail.com.

Here’s hoping someone has a change of heart. The GOASTT should know they can call up SF’s Waters, among other bands, if they want to feel lucky that their entire van wasn’t stolen. In the meantime, check our Q&A with GOASST’s Charlotte Kemp Muhl, think positive thoughts, and, you know, imagine a San Francisco where you can grab coffee without someone jacking your shit.