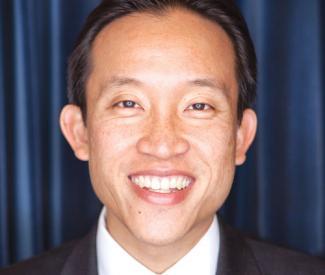 Documents obtained by the Bay Guardian show the active role that Airbnb played in helping craft the legislation by David Chiu that would regulate and legalize the company’s activities in San Francisco.

Emails we received through a Sunshine Ordinance request show that Chiu staffers and politically connected lobbyist David Owen, working for Airbnb, worked closely to craft the legislation. The emails, mostly from January 2013, detail conversations between Chiu’s staffer Amy Chan and Owen on how best to craft proposed regulations of “shared” housing spaces.

“Hi David, Take a look and see if this is useful,” begins a Jan. 30, 2013 message from Chan. “I included all the big picture policies and I left out some of the legalese. I’ll call (Deputy City Attorney) Marlena (Byrne) first thing in the morning if I don’t see a draft from her later tonight. And let’s definitely check in tomorrow.”

Whether or not that level of cooperation is acceptable depends where you stand: housing activists who see Chiu’s legislation as weak would no doubt cry foul, but sharing economy advocates may appreciate Chiu reaching out to the company on important legislation.

San Francisco Tenants Union Executive Director Ted Gullicksen was also copied on some of the emails and gave input, but Gullicksen didn’t seem to actually help write the legislation, only offering a few suggestions on proposed language.

Owen’s emails went further. “A slightly more cleaned up, consistent version. Please disregard previous,” Owen wrote to Chan and Byrne on Jan. 28. The title of the attached document was “AdmincodeBJcomments1-28revised,” and contained a draft of Chiu’s legislation with recent edits and revisions which were revealed using the Microsoft Word “track changes” function.

She referenced Gullicksen’s emails, and said she also sought input from other stakeholders such as unions and the Hotel Council. But Owen, who was a legislative aide to Chiu’s predecessor, Aaron Peskin, was the only one to make in-document changes and send them back to Chiu’s office.

Chan defended this by pointing out that other groups provided some language suggestions, but admitted that they did not write it directly in the legislation itself, nor was the feedback as extensive and detailed. Among Owen’s edits were small word-choice changes, from “unit” to “hosting platform,” from “will comply” to “is in full compliance,” from “for rent” to “rented.”

Seemingly minor changes were numerous, but other changes were more extensive, although not all were accepted. Owen emailed Chiu with a list of new proposed changes, including changing the number allowable rental days from 90 to 120, “understanding we’re not in full agreement here.” The final legislation kept it at 90 days.

“From the big picture perspective to say we’re only taking direct feedback from one group versus other groups is incorrect,” Chan said. “The direction comes from us, and we make the decision after all.”