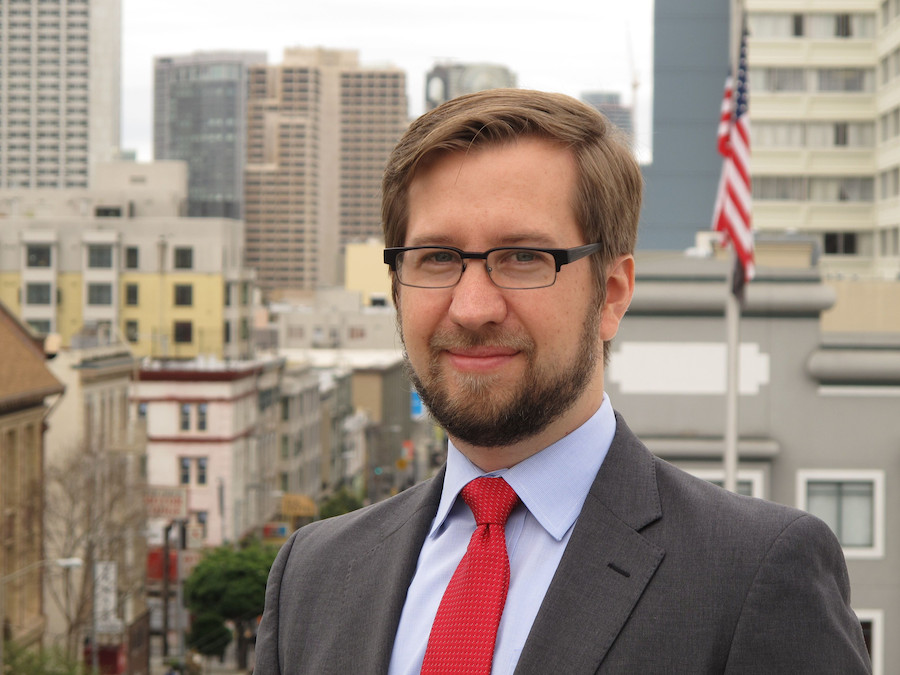 The Board of Supervisors today [Tues/20] considers reappointing three Sunshine Ordinance Task Force members after the board’s Rules Committee last week blocked other qualified nominees, including those named by organizations with designated seats on the board, a move critics say undermines the independence of the body.

SOTF is responsible for holding city officials to the open government ideals of the city’s voter-approved Sunshine Ordinance. When government makes backroom deals or shields public records from disclosure, the ordinance allow citizens (and journalists) to appeal to the SOTF, which rules on whether the ordinance was violated.

Rumold is considered one of the leading Freedom of Information Act litigators in the country, but was humble in his appointment interview at the Rules Committee. “I’m hoping to apply my experience to the task force to make San Francisco an open and more efficient government,” he said.

But those appointments and others were blocked last week at the Rules Committee by Sup. Katy Tang, who told the Guardian, “Personally, I would have liked to see stronger applicants,” claiming that they didn’t seem to have a good understanding of the Sunshine Ordinance and that she wanted more ethnic diversity on the body.

Yet the backdrop of these blocked appointments is a running battle that the SOTF has had with the Board of Supervisors over the last couple years, stemming mostly from the SOTF finding that some supervisors violated the ordinance in 2011 by not making public a package of late amendments while passing the massive Parkmerced project.

The City Attorney’s Office disagreed with the SOTF interpretation, just as it did earlier that year when the SOTF voted to change its bylaws surrounding how a quorum is calculated. They were the latest battles in a longstanding battle between SOTF and the City Attorney’s Office, which sunshine advocates criticize as being too lenient on city agencies that refuse to release documents.

“I was around when the Sunshine Ordinance Task Force decided to change some of the rules against the advice of the City Attorney’s Office,” Tang told us, calling such actions improper conduct and saying she won’t support any SOTF members who took part in that vote.

Thomas Peele, who co-chairs SPJ’s Freedom of Information Committee, which made the appointments, told us that he understands Tang’s points about diversity, but he doesn’t understand why Rumold and Winston were rejected, calling them strong candidates.

“We put up excellent, well qualified candidates,” he said. “One of the country’s leading FOIA lawyers and a very good police watchdog reporter doing work with Propublica and CIR.”

While critics contend the Tang and other supervisors are trying to weaken SOTF as a watchdog agency, Tang told us it wasn’t about SPJ’s appointments, noting that she also delayed the League of Women Voters appointment of Allyson Washburn. But she said all remain under consideration and could come up for a vote next month.

The SOTF has long struggled to fulfill its mandate. It has little means of enforcing its rulings, which usually require further actions by the City Attorney’s Office or the San Francisco Ethics Commission to have teeth.

After the Rules Committee blocked the reappointment of Bruce Wolfe in 2012, citing his role in defying the City Attorney’s Office, it was essentially dormant for more than four months because it couldn’t meet without a seated member from the disability community, until Bruce Oka was finally appointed in November 2012.

Currently, the Sunshine Task Force has a backlog of over 62 complaints against city agencies for not adhering to the city’s sunshine records policies, dating back to 2012. The three re-appointments the Rules Committee did approve, which will go before the Board of Supervisors today, are Todd David, David Pilpel and Louise Fischer — none of whom have much support among longtime Sunshine Ordinance advocates.

“The supervisors,” Peele told us, “appear to have an issue with having a strong Sunshine Task Force.”

Karen Clopton, past president of the League of Women Voters said she was disappointed that Washburn, a former League board member, wasn’t appointed and said the SOTF should be independent: “It’s extremely important for us to make sure we entrust such an important task to an individual who is trustworthy, nonpartisan, and devoted to nonpartisanship.”