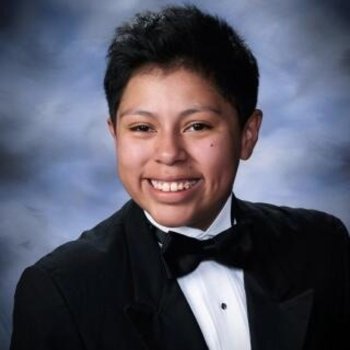 Yes,  you’ve found San Francisco out. You’ve got us. Our city is not the bastion of equality we claim it to be.

It’s something most San Franciscans know, but now you, the country, are getting a peek at how discriminatory our local institutions can actually be.

Just last week, the news of Sacred Heart Cathedral Prep’s discrimination against young Jessica Urbina went viral. Urbina just wanted to wear a tuxedo in her yearbook photo, and the Catholic school, Sacred Heart, said it would not print her photo in a yearbook because she wasn’t in a dress.

The resulting social media firestorm blew up in national media, propelled by the hashtag #jessicastux. Today Sacred Heart issued an apology, offering to work on its policies moving forward.

“On Friday, May 16, the school communicated that it will change its policy regarding senior portraits. We agree with our students who showed solidarity with their classmate that the current policy regarding senior portraits is not adequate to meet the needs of our families or our mission. We will involve our students, families, and Board in crafting the updated policy.

But before we let Sacred Heart be crucified in the court of public opinion, let’s remember an old religious maxim: let ye who is without sin cast the first stone. And when it comes to inequality, San Francisco has many sinners.

Yes, dear country, you spent the last week utterly aghast that San Francisco, the champion of marriage equality, could discriminate against an LGBT teen.

You really don’t know the half of it.

Take our public schools. Even as we celebrate the 60th anniversary of Brown vs. the Board of Education, an investigative report by the San Francisco Public Press revealed massive inequality in San Francisco public elementary schools. Though the SFUSD suffered funding cuts totalling $113 million in the 2009-10 school year (after numerous annual state cuts), some public schools managed to stave off layoffs and provide excellent facilities for their children. The catch? Only the elementary schools attended by rich families survived, bouyed by nearly $3 million in PTSA fundraising in 11 elementary schools.

But 35 of SFUSD’s elementary schools raised no money at all. These schools are not surprisingly attended mostly by the city’s poorest families, and their schools were met with brutal cuts.

The SFUSD is only now allowing students to wear hats (including some religious headgear), and is only now considering raising its minimum wage to San Francisco’s minimum of $10.24 an hour (as a state entity, it only has to pay $8 an hour).

And lest we pick on the schools too much, the explosive tech industry has had its impacts on San Francisco equality too. As taxi drivers flock to rideshare companies like Uber, Lyft and Sidecar, there are fewer drivers to drive wheelchair-accessible taxis. Those rideshare companies don’t yet have a plan to offer service to our city’s many persons with disabilities. Even our beloved regional transit system, BART, has new proposed “trains of the future” offering less space for electric wheelchairs to move around as well.

San Francisco has also seen massive numbers of folks displaced by the tech boom, symbolized (and even exacerberated) by our city’s most hated/loved/over-discussed behemoths, the Google buses.

We’ve even got the second highest inequality in the United States, fast headed for number one. Go us.

And though Bill O’Reilly at Fox News loves to make funny videos about San Francisco’s homeless while he talks up our love of hippies, he’s got it all wrong (unfortunately). The city issues numerous citations against homeless youth for the act of sitting down in the Haight Ashbury district (the birthplace of the Summer of Love), and has struggled with policies to help the homeless for over 10 years running.

Also, did we mention one in four San Franciscans are food insecure? That means about 200,000 San Franciscans don’t have enough money to eat healthily, and many are near starvation.

Yes, dear country, San Francisco espouses many loving principles, and we do have an innate sense of justice to help immigrants, the poor, and the marginalized.

But we still have a long, long way to go.