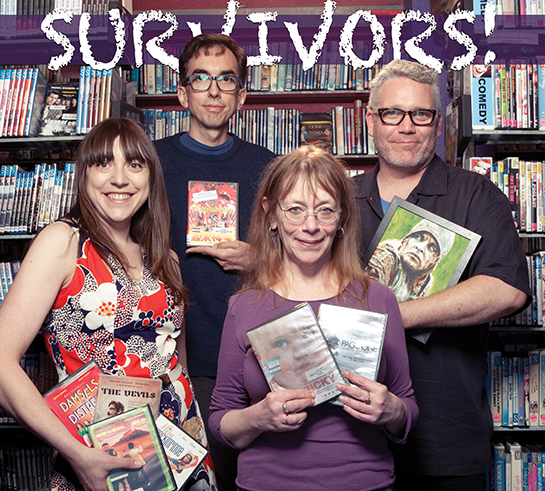 San Francisco’s small businesses are being threatened by the forces of gentrification and displacement like never before — at the same moment that they are more important than ever. This is the troubling paradox at the center of this year’s San Francisco Small Business Week.

Economists warn the city needs to diversify an economy that has become too concentrated in the vulnerable technology, finance, and land development sectors. Small businesses epitomize diversity. They are the backbone of the local economy, circulating far more of their revenues here than any corporate chain, while distinguishing San Francisco’s commercial corridors from their sterile counterparts in other cities.

The San Francisco Chamber of Commerce and fiscally conservative politicians love to trot out the plight of small businesses to elicit public sympathy or attack progressive regulations benefitting workers or the environment, but it is the self-interested pursuits of wealthy corporations and investors that really poison the pond in which small businesses flourish.

Just consider the headlines in San Francisco’s daily newspapers. On May 8, the San Francisco Chronicle had a story about Flax, an awesome art supply store that’s been in business for 37 years, being displaced from its iconic store at Market and Valencia streets by a 160-unit condo project. The story described the waves of new condo projects hitting the Upper Market area that are displacing small business such as Home Restaurant and the Arthur J. Sullivan Funeral Home. “They are just rolling over us — it’s unstoppable,” Judy Hoyem of the Castro/Eureka Valley Neighborhood Association told the Chronicle.

The cover story of the next day’s San Francisco Examiner was about the eviction of Marcus Books, the country’s oldest African American bookstore. Inside that issue, Mayor Ed Lee wrote a guest editorial ironically entitled “Small businesses shaping our city’s future.”

It was a happy-talk celebration of the same small business community that his economic development policies — with big Wall Street corporations worth billions of dollars driving up rents on small business and getting local tax breaks in the process — have been threatening.

“San Francisco’s commitment to small businesses and local manufacturing continues to gain momentum,” Lee wrote. Yes it does, like a tidal wave of corporate cash sweeping through the city. So during this year’s annual Guardian Small Business Awards, we’re saluting the survivors, those small business people who are riding out the storm through their tenacity, creativity, and refusal to let the forces of gentrification drive them out.

The current business cycle will pass, along with its upward pressure on commercial rents and unfair competition from chain stores. But until it does, please continue to support these and other homegrown small businesses, the soul of San Francisco commerce.