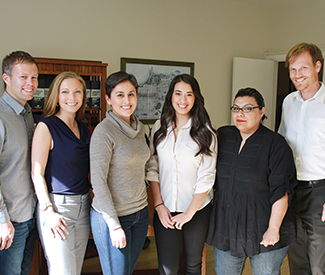 San Francisco attorney Joseph Tobener has been doing tenants rights work in San Francisco for more than a decade, starting his own practice in 2002, where he currently employs three other attorneys and two paralegals. Another pair of attorneys who used to work there recently spun off their own practice.

In the last year of so that Tobener came onto our radar with the work he’s done fighting evictions and displacement, including representing an organization leading those fights, San Francisco Tenants Union, and paying attorney to do one day a week of volunteer work for SFTA, the San Francisco Housing Rights Committee, and other organizations.

“We’re busier than we’ve ever been. We get about 60 calls a week and we always give free consultations,” Tobener told us.

Among those calls have been tenants displaced so landlords can use Airbnb to rent rooms to tourists and get around local rent control laws and other tenants protections, an increasingly high-profile issue that Tobener has helped elevate through stories in the San Francisco Chronicle and Bay Guardian (see “Residents vs. tourists,” Feb. 4).

“I feel like we’ve made some progress in getting people aware of this issue,” he told us.

Under contract with SFTU, Tobener has gone on to sue seven more landlords who have evicted longtime tenants in favor of short-term tourist rentals that are illegal under city law, and he says that he’s preparing to file many more such cases (see “Lawsuits target Airbnb rentals,” April 29).

After also scoring a big recent victory by getting the city to finally fix elevators in public housing projects, Tobener has made a thriving small business out of defending the longtime residents from displacement.