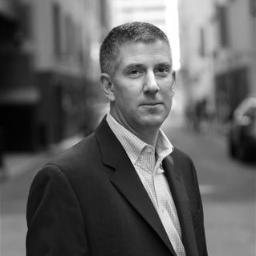 Greetings, Guardianistas. Almost a year ago, when we went through a management struggle here the newspaper, I promised to let readers know if we encountered any threats to our editorial independence from our San Francisco Print Media Co. owners.

Frankly, we haven’t. We’re still calling events as we see them, bringing you the best emerging artists, and making endorsements from the same independently progressive perspective that we’ve been operating from since we were founded in 1966.

Principal owner Todd Vogt has kept his word and let us handle editorial content while he helps improve our revenues and grow the paper. Both have been on the upswing in recent months, and we’re grateful for his role in keeping the Guardian alive and thriving.

But as our colleagues down the hall reported last night, Vogt may be on his way out. This week, he informed the staff of the three San Francisco Print Media newspapers — the Bay Guardian, San Francisco Examiner, and SF Weekly — that he will be parting ways with his partners at Black Press Ltd., which also owns Oahu Press, Inc., by the end of the month.

Vogt has been talking to potential investment partners around San Francisco about exercising his option to take full ownership control of San Francisco Print Media Co. in the next couple weeks, but he said that he considers it unlikely given the high cost of buying out his partners.

Representatives from Black Press and Oahu Press were in the office yesterday and they told us they will be conducting a search for a new president of the company over the next few months, and they don’t expect to make any major changes in the operations of the Guardian or the other two papers before then.

Don Kendall with Black Press, who will be assessing the operations of all three papers during the search for a new president, called the papers “editorially solid.” A long-planned move by the three papers into new office space — into the top floor of the Westfield Mall, in a former SFSU Downtown Campus space — will also proceed as scheduled next month.

Spirits here at the Guardian are strong, we appreciate the role that Vogt has played in helping the Guardian mount a comeback after some tough financial times, and we’re hopeful that the new ownership team will appreciate the Guardian’s history and role it plays in the city — and that it will see us through our 50th anniversary and beyond.

And most of all, we appreciate the support of our readers and community, without whom we wouldn’t be able to do what we do. So thanks, and keep reading.

P.S. We’ll be continuing the soft-launch of our new radio show, Alternative Ink, this Sunday from 6-8pm on bff.fm. The Guardian alternates Sundays with the SF Weekly, with both papers featuring music and talk. This week, we’ll have some great audio clips for the week’s news events, music from local bands, and we might even get into the topic of this post and let some secrets slip, so don’t miss it.