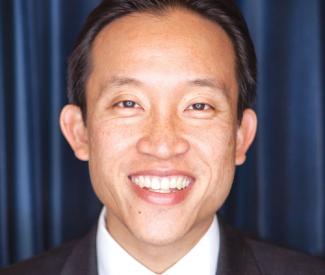 It’s no surprise that the San Francisco Chronicle today endorsed David Chiu in his race to replace Tom Ammiano in the California Assembly, given that Chiu and the Chronicle share a business-friendly neoliberal ideology. But what the Chronicle wrote in its endorsement reinforced progressive criticisms of Chiu and could have easily passed for an endorsement of David Campos if the paper was a bit more progressive.

“They really reinforced the arguments we’ve been making,” Campos told us this morning, saying he wasn’t at all surprised by the endorsement.

“First elected as a progressive, Chiu has proved willing to move to the center on various critical issues. He backed the Twitter tax break, which is rejuvenating a seedy stretch of Market Street, and opposed re-instating Sheriff Ross Mirkarimi after his conviction in a domestic violence case,” the Chronicle wrote.

Progressives have long felt betrayed by Chiu for courting their support and then siding with the so-called moderates (aka fiscal conservatives or neoliberals) to win and hold the board presidency and appoint Ed Lee as mayor. The Twitter tax break was also opposed by progressives at the time, criticism that has widened as people question why a wealthy company should get tens of millions of dollars in corporate welfare while driving up the cost-of-living for the rest of us and leaving the city facing big budget deficits. And Chiu’s vote to remove the elected sheriff from office for a misdemeanor criminal plea seemed like political pandering that would have set a terrible precedent for the city.

“Since taking leadership of the board in 2009, Chiu has helped dial down the personal rancor and policy triviality that kept Fox News and comedians stocked with material but distracted from the job at hand. He’s also proved a productive legislator with interests spanning city finances, housing, and personnel,” the Chronicle wrote.

Being a “productive legislator” in a City Hall bent on catering to the interests of landlords, developers, and corporate interests isn’t necessarily a good thing, a point that Campos has been making on the campaign trail. Frankly, if right-wing Fox News isn’t finding legislation to mock in San Francisco then maybe we’re way off course. The progressive era that Chiu help usher out was one where wealthy corporations were asked to support their workers and the city.

It was when San Francisco required employers to provide health coverage, paid sick days, and a high minimum wage for their employees. These were all things The Nation recognized in its current cover story, “Power to the City: The progressive case for going local.”

And they were all things in San Francisco’s past, the era before Chiu came to power, and they were mostly things that the Chronicle opposed at the time. By contrast, The Nation wrote favorably of more recent progressive trends in America’s biggest and most important cities, such as New York City, Seattle, Boston, and Minneapolis, cities where leftist mayors are moving to address economic and environmental justice issues, the kind of thing San Francisco used to be known for.

We at the Guardian haven’t made our endorsement decisions for the June election yet, they come out next week. But when Chiu comes to meet with us tomorrow morning, we’ll have some hard questions for him to answer about the very same issues that the Chronicle finds so praiseworthy.