Home Giving thanks: On growing up with Nirvana
WriterSean McCourt
SectionNoise 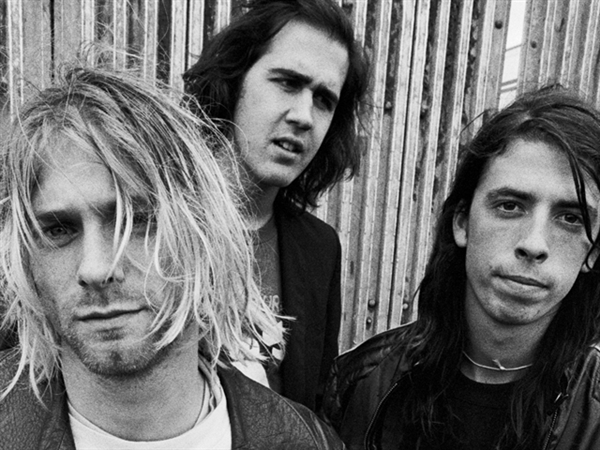 For all of the world-wide media attention surrounding the induction of Nirvana into the Rock and Roll Hall of Fame tonight and the 20th anniversary of the death of Kurt Cobain this week, there is one very simple, yet pivotally important aspect of the band that seems to be getting somewhat neglected in the frenzy of coverage.

There’s plenty of talk about how influential the band was on the mainstream music scene and the commercial record industry, and even more on the tragedy and tortured soul of Cobain; yet in all of the discussions, dissertations and analysis of the Nirvana phenomenon, if that’s what you want to call it, it almost feels that one key component has been left on the backburner — the fact that the band made some absolutely amazing music, and has touched multiple generations of fans with that gift.

Sure, Nirvana moved millions of units in record stores, and they knocked Michael Jackson out of the number one spot in the Billboard charts. For people like me, however, those are secondary accomplishments, footnotes in what the band meant to us. I didn’t hear about Nirvana by watching MTV or keeping track of what was hot in the Billboard 100. I was 12 years old when Nevermind came out. I was turned on to them by a friend at a sleepover in junior high school, a personal connection that I doubt is seldom done anymore in the age of the internet.

This was when I first heard “Smells Like Teen Spirit” — it was late at night, and after we had been told to go to sleep. After we turned out the lights, my friend turned on a small flashlight and got out his Walkman — that’s a portable cassette tape player, for you youngsters — from underneath his bed and passed it over to me. He told me that he had heard this new song by some new band, and that I needed to hear it — but he hadn’t wanted to play it earlier out loud with his kid brother and parents around for some reason.

He told me that I would probably feel like jumping up and running around the room, and that it had this crazy energy about it.

I put on my headphones, and hit play.

I haven’t been the same person since.

When the first chords came out of the headphones, I wasn’t sure what to think — by the time the distortion, drums, and bass kicked in and had gone through about two bars, I was hooked. My friend was right, after the subdued verse, the musical anticipation was palpable from the build-up of the pre-chorus; by the time the “hello, hello, hello, how low” burst into the all-out aural assault of “With the lights out, it’s less dangerous,” I was practically jumping out of bed, mad with an energy I had never known before.

Nirvana became the soundtrack to my life, and while they opened up the doors to so much more music for me in the ensuing years, they remain my favorite band, the lynchpin for what I’ve become as an adult. I’ve been covering music professionally for almost a decade and a half now; I wouldn’t be doing so if it wasn’t for Nirvana. While I am excited that the band is getting the recognition they so rightly deserve now with the Hall of Fame induction, it is with bittersweet emotions that they are doing so, being so close to the anniversary of the death of their driving force, their heart and soul, Kurt Cobain.

There is a quote from Cobain that has been repeated often over the years, but I think it might sum up best the feelings and attitude that I took away from Nirvana and their music. As the band was starting to catapult to fame in late 1991, he was asked what the name Nirvana meant to him. He replied, “The word that has come up in every definition that I’ve read is freedom. So we kind of like to think of our music as musical freedom.”

I think that is what I and so many countless fans around the world took from Nirvana. A sense of freedom. Not just musically, but artistically, culturally, and personally. A gateway to being your own person, regardless of what those around you or what society as a whole might think of you. The blurry photo of the band in the liner notes to Nevermind features Cobain flipping the bird to the camera. I think that attitude of “Fuck you, I’ll do what I want” has transcended generations, and is part of what keeps Nirvana a force to be reckoned with.

I consider myself very lucky to have seen Nirvana live in concert once; that experience, in 8th grade, at the age of 14, further cemented the impact that the band would have on my life. The raw energy and emotion of the show makes it the one to which all others that have come after have been held up to. Some have come close, none have ever matched it.

In Septembe rof 2011, I made the pilgrimage to Seattle ito visit an exhibit celebrating Nirvana’s legacy and impact on popular culture and the 20th anniversary of Nevermind at the Experience Music Project museum, “Nirvana: Taking Punk To The Masses.” It featured a treasure trove of artifacts and interactive installations; seeing the actual instruments that were used to create the music that has had such a profound effect on my life was awe-inspiring; as was gazing at hand-written lyric sheets,  original demo tapes, artwork, family photos, stage props, and more.

In an article I wrote about the experience, I noted that when my friend and I came to the end of the exhibit, we both commented that while it was an amazingly touching experience to see what was there, it somehow seemed too short, that there really should have been more to it. It was then that we looked at each other and came to what should have been an obvious realization; for all their influence and impact on our lives and the lives of millions of fans around the world, Nirvana only existed for a mere seven years. Their career, like Kurt Cobain’s life, was cut much too short. In that short time, however, they made an incredible impression on their fans, myself being one of them.

It’s hard to sum up more than 20 years worth of feelings and emotions in one simple article; I’ve done my best here for now. Kurt, Krist, and Dave: Congratulations on your induction into the Rock and Roll Hall of Fame. And more importantly, thank you for the music.