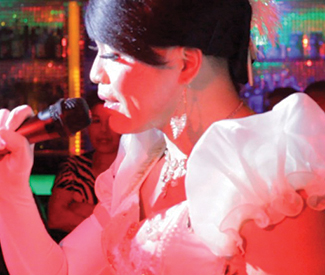 CAREERS AND ED Ah, the bright lights of Hollywood — so close, and yet thankfully far enough away to allow Bay Area filmmakers to develop their own identities. The SF scene thrives thanks to an abundance of prolific talent (exhibit A: have you noticed how many film festivals we have?), and continues to grow, with a raft of local programs dedicated to teaching aspiring Spielbergs — or better yet, aspiring Kuchars — the ins and outs of the biz.

San Francisco’s big art schools all have film programs. California College of the Arts offers both a BFA and an MFA in film, with an eye toward keeping students trained not just in cinema’s latest technological advancements, but its ever-changing approaches to distribution and exhibition. One look at the staff roster and it’s not hard to see why CCA’s program is so highly-acclaimed, with two-time Oscar winner Rob Epstein (1985’s The Times of Harvey Milk; 1995’s The Celluloid Closet; 2013’s Lovelace); indie-film pioneer Cheryl Dunye (1996’s The Watermelon Woman; 2001’s The Stranger Inside); and noted experimental artist Jeanne C. Finley, among others. www.cca.edu

The Art Institute of California has a Media Arts department that offers a whole slew of programs, including BS degrees in digital filmmaking and video production, digital photography, and media arts and animation, as well as an MFA in Computer Animation. The school, which offers a number of online courses, is affiliated with the for-profit Argosy University system and aims for “career-focused education.” www.artinstitutes.edu/san-francisco/

The San Francisco Art Institute has this to say about its programs: “The distinguished filmmaker Sidney Peterson initiated filmmaking courses at SFAI in 1947, and the work made during that period helped develop “underground” film. From the 1950s to the early 1970s, filmmakers at the school such as Bruce Conner, Robert Nelson, Stan Brakhage, and Gunvor Nelson brought forth the American avant-garde movement. Our current faculty is internationally renowned in genres including experimental film, documentary, and narrative forms.” The school has embraced new technology and offers extensive digital resources, but it also supports artists who prefer working with celluloid. 16mm and Super 8 filmmaking lives! www.sfai.edu/film

The Academy of Art University may be largely known around SF for the number of buildings it owns downtown, but it does have a School of Motion Pictures and Television that offers AA, BFA, and MFA diplomas, augmented by an extensive online program. Its executive director is Diane Baker, eternal pop-culture icon for her role in 1991’s Silence of the Lambs (“Take this thing back to Baltimore!”) Other faculty members include acclaimed choreographer Anne Bluethenthal. Students can also take classes from Guardian contributor Jesse Hawthorne Ficks, who programs the popular “Midnites for Maniacs” series at the Castro Theatre and is the school’s film history coordinator.

“I teach 11 different theory classes, including the evolution of horror, Westerns, melodramas, musicals, and ‘otherly’ world cinema, as well as a close-up on Alfred Hitchcock,” Ficks says. “But bar none, the History of Female Filmmakers class seems to create the biggest debates. Some find it sexist to emphasize gender — as artists, why can’t we transcend that concept? Except why have the majority of textbooks forgotten, ignored, or even re-written these women out of history? If the argument is that female filmmakers just aren’t good enough to be ranked alongside their male counterparts, how about watching more than one film by Alice Guy, Lois Weber, Frances Marion, Dorothy Arzner, Maya Deren, Ida Lupino, or Agnes Varda? And that’s just the first six weeks of class.” www.academyart.edu

The eventual fate of the City College of San Francisco is still being decided, but for now, its cinema department offers students a mix of hands-on (classes in cinematography, editing, sound, etc.) and theory (film theory, film history, genre studies, etc.) classes. The spring 2014 course catalog included such diverse offerings as “Focus on Film Noir,” “The Documentary Tradition,” “Pre-Production Planning,” and “Digital Media Skills.” Since 2000, the department has showcased outstanding student work in the City Shorts Film Festival, which last year screened both on-campus and at the Roxie Theater. www.ccsf.edu

Tucked into the city’s foggiest corner is San Francisco State University, whose cinema department remains strongly tied to the school’s “core values of equity and social justice,” according to its website, with a special focus on experimental and documentary films. The faculty includes acclaimed filmmakers Larry Clark and Greta Snider, and students can earn a BFA, an MFA, or an MA (fun fact: like I did!) www.cinema.sfsu.edu

On the newer end of the spectrum is the eight-year-old Berkeley Digital Film Institute, which offers “weekend intensives” to smaller groups of students. Dean Patrick Kriwanek says the school teaches “LA-style,” or commercial-style, filmmaking. “Our teachers all come from the American Film Institute or have worked on features,” he says. “We’re trying to train our kids to produce the same level of work that you’d see out of UCLA or USC grad schools — excellent work that’s thoughtful.”

The school also takes the practical side of entertainment into account. “I always joke that we try to be 51 percent art school and 49 percent business school, but it’s really true,” he adds. “You really have to be a business person if you want to succeed.” www.berkeleydigital.com

On this side of the bay, at Mission and Fifth streets to be precise, there’s the San Francisco School of Digital Filmmaking, which aims to “create filmmakers with careers in the entertainment industry.” Faculty members include Frazer Bradshaw, director of the acclaimed indie drama Everything Strange and New (2009) and screenwriter Pamela Gray (1999’s A Walk on the Moon). In addition to months-long programs, the school offers workshops like a crowd funding how-to (an essential area of expertise for any independent artist these days) and a single-day “boot camp-style” intro to digital filmmaking. www.filmschoolsf.com *