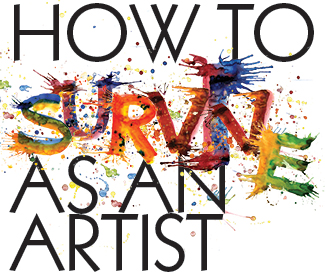 It’s gotten so that I’m terrified of my own Facebook. Every time I refresh, it seems another artist is leaving the city. Last month alone it was two drag queens, a photographer, a painter, a couple writers, a gaggle of DJs, a singer. And actors, always actors. There have been fabulous farewell parties or simply abrupt messages. “I just bought a house in Austin.” “Think I’m gonna love Seattle.” “Chicago’s where my head’s at now.” “Any hookups with Bushwick collectives?”

You’ve got to feel some sort of perverse pride: People are actually moving to Brooklyn because it’s so hard to survive as an artist here! We win, I guess?

I’m going to get something out of the way here: Despite all the editorial handwringing and clickbait trend posts and parachuting-in journalists and $5 toasts, there is still plenty of art going on here. There’s too much, really, if you can believe it. It’s my job to try to keep track of every arty thing, and most mornings I go to bed weeping over 10-20 things I missed.

[Don’t believe it? Check out this week’s special series of stories on visual artists, musicians, filmmakers, and other folks who are navigating the changing scene and still making a living from their art in the city.]

Art is at the very center of our civic identity, but there is justified fear that it may be fleeing to the hinterlands.

I’m sorry, artists, but this is all your fault. It was the subversive inventiveness of city art, your inventiveness — underground parties, random acts of weird, insane global cuisine, WTF fashion freedom, visual bebop, ukulele tunes and rap verses beneath our windows at 4am — that made all these rich people want to move to the city in the first place. We’re living in an age of hyper-urbanization, a thrumming cosmopolitan situation that many of us long dreamed of. And now everything’s turning on us. From Paris to Hyderabad, the freaks are slowly being squeezed out.

Of course, along with their lust for gold and experience, the monied and naive bring their own culture of patronage and potential, including a ready market for aspirational “creators.” And things may be beginning to reach a strange equilibrium: For every poet leaving to commune in Grass Valley, a sofa-surfing drag queen scores a life-saving gig at a gaming conference satellite party. But to many beneficiaries of the ‘new economy,” art is merely another form of shock entertainment, not a burst of unfathomable truth, a creamy spasm of the Zeitgeist, a necessary civic virtue. Beauty’s hardly even in it, darling.

Worse, it sucks to see how much art-making has been devalued lately. The first dot-com boom snatched up artistic types and happily applied their skills toward making the Internet an aesthetic as well as an entertaining experience. Writers, visual artists, designers, philosophers, anarchic coders were eagerly courted and given pride of place. Our present ruling “visionaries,” however, seem happy just have the round peg go in the round hole. As long as something looks and feels like the other thing that got money, they’re golden.

It’s up to artists to figure out how to keep San Francisco from collapsing into some lame-ass singularity, a black hole of “everything’s amazing!!!” Already some clever adaptations are emerging, which we highlight in this issue. Diversification and education are always good. So is taking back the conversation with grand acts of wonderment or a steady practice that stealthily imprints itself on the consciousness of an era.

And hey, if you need to take a breather for a minute in Culver City — where you can have a whole house! — that’s cool, too. Like earthquakes, market-dives, and bubble-bursts, we know you’ll be back someday.