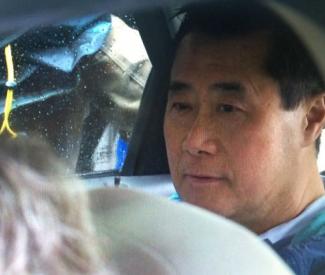 The federal complaint against Yee (D-SF) has rocked the city and made big headlines, with charges against Yee and other defendants including alleged gun trafficking and conspiracy to murder. With the eyes of California on the Senate floor, the Republican minority wasted no time in using the spotlight to blast the Democrats, who earlier blocked Republican efforts to suspend or expel Calderon and Wright. Calderon (D-Montebello) was charged with corruption and bribery, and Wright (D-Baldwin Park) was convicted of eight counts of perjury earlier this year.

“It was just a short few weeks ago that my colleages brought forth a resolution to expel a member and we were told it was a distraction to this floor,” Sen. Joel Anderson (R-San Diego) told the gathered senators. “Which is it today? More smoke and mirrors? More paid holidays for bad behaviors?”

Notably, Sen. Mark Leno, San Francisco’s other representative in the Senate, was absent from the vote this morning.

A Leno spokesperson told us he was granted an excused abscence weeks ago to visit his 94-year-old father, who is hospitalized, out of state. For his part, Senate President Pro Tem Darrell Steinberg asked for sweeping investigations.

“I will cancel session on Monday, April the 7th, and have the Senate conduct an office by office ethics review,” he said, adding, “This will be mandatory for committee members.”

But he raised the idea that perhaps this was all too little, too late, and that the problem goes deeper than just three allegedly crooked senators.

“One [crime] is an anomaly, two is a coincidence, but three? I am calling on our entire body to take a deeper look at our culture,” he said on the Senate floor. “Might this be a moment of impetus to discuss public financing campaigns that remove the reality of the present system? I hope so. Most of the members raise money for campaigns and do so in the most honorable way possible. I must say to you here, just to say here we have to fix this system, which is the American system…is not enough.”

“We must do more here in the Senate.”

All three senators will be paid while suspended, but cannot return without a vote of the Senate. Some senators say they may bring a separate action next week to suspend the pay of the three suspended senators.

Check out our previous coverage of the Yee scandal, and our coverage of his alleged associate, Dragonhead Raymond “Shrimp Boy” Chow.