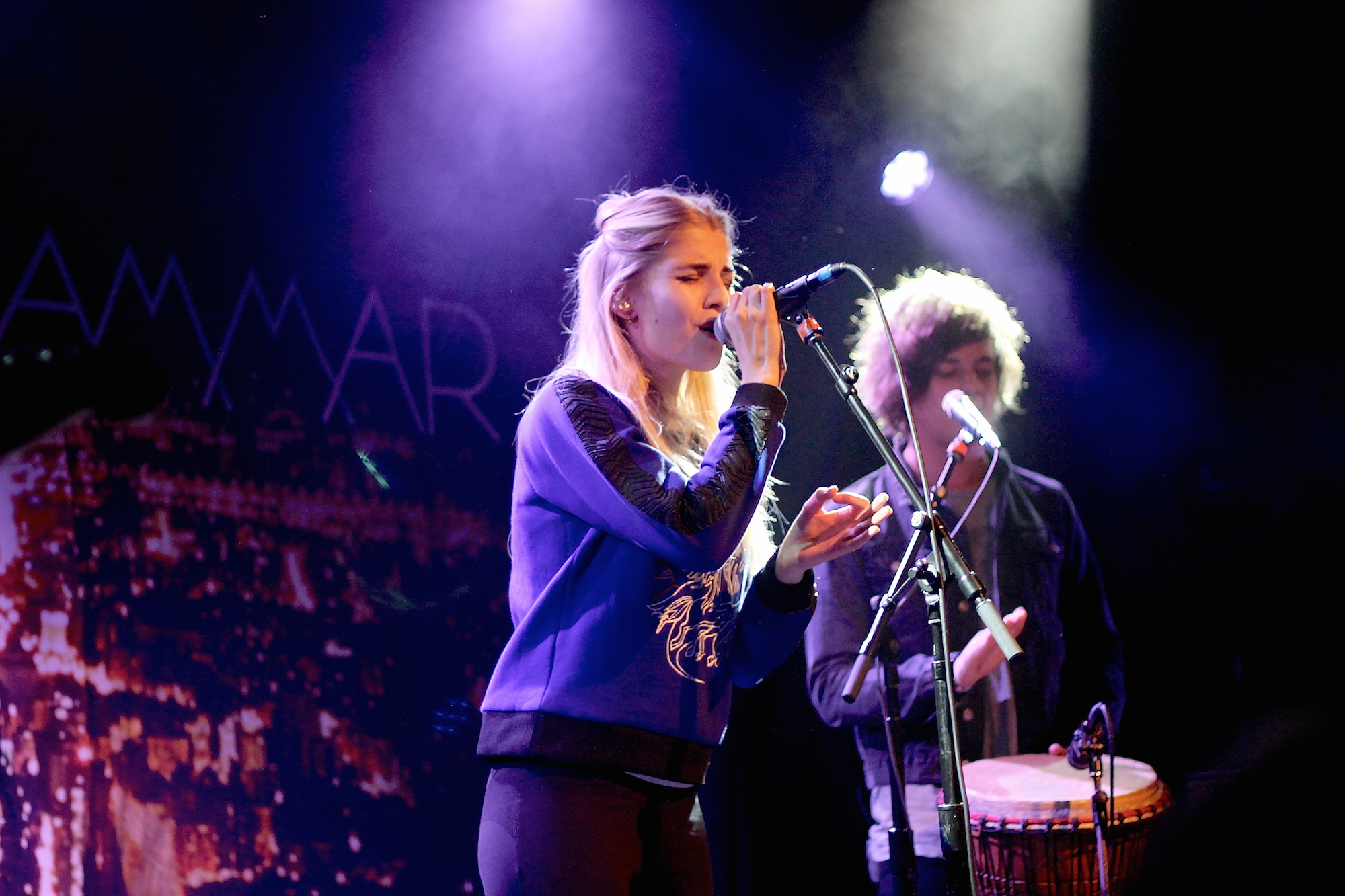 Five years ago, when Dan Rothman and Hannah Reid met online, they could hardly envision the musical acclaim that would come from a Facebook message. The Nottingham University students began acollaboration that turned into a full-fledged band when classmate Dominic “Dot” Major joined the pair a year later. By 2011, London Grammar was born.

On Thursday night, the British trio played at The Independent — their second San Francisco show. The first one, at the Rickshaw Stop last September, sold out just as it did at the Independent. But this time is different.

Outside of the Divisadero venue, at least three people approach me about extra tickets. They’re not scalpers but genuine fans that missed the band’s overnight ascension into fame. I turn them down wistfully because I know that next time, London Grammar will not be playing in an intimate venue but rather an arena. Similar to the rapid-onset fame of English indie band Alt-J, London Grammar sits on the cusp of making it to the big leagues.

The sold-out crowd patiently awaits the beginning of the show as I found myself in the “British corner.” Several expats stand clumped together in one of many pockets of European fans. London Grammar’s debut album If You Wait opened at number two on the UK Albums chart, selling 33,130 copies in its first week. A combination of muted instrumentals, nuanced lyrics and Reid’s exceptional pipes to the likes of Florence Welch and Bat for Lashes resulted in an emotional and soulful electronic record that topped charts all over Europe, Australia, and New Zealand. Yet, they’re the best-kept secret in the US. For now.

A guest appearance on Late Night With Jimmy Fallon in January marked their debut performance on American television. Jimmy Kimmel Live followed shortly thereafter; the band’s Wednesday night performance cemented their title as the band to watch out for.

The two male band members open the show, laying on soft synths. Rarely have I seen such a polite crowd, quietly waiting the arrival of the vocalist. Reid walks on stage wearing a navy and black graphic sweatshirt, black leggings, and typically Euro-crisp white Chuck Taylors; her bleach-blonde hair pinned up in a half bun. She’s even more stunning looking like she rolled out of bed than when she’s all dolled-up for television. Her physical beauty matches her radiant vocals. The band begins the show with the melodic “Hey Now,” the first track from If You Wait. Reid whispers into the microphone. Her hands clasped tightly together, she reveals her exceptional vocal range, alternating from slow-burning alto hums to powerful soprano chords.

Dot, the keyboardist with a quintessential British haircut, moves to the djembe, making room for Reid on the keyboard for “Darling Are You Gonna Leave Me.” Dot offers harmonizing background vocals and Rothman gently glides his fingers up and down an acoustic guitar during a spurt of drum and bass.

Reid returns to her clasped hands position for “Wasting My Young Years,” like a schoolgirl singing in choir. Though she sounds fantastic, the singer is not completely at ease. She often glances at Rothman and fusses with her earpiece. During a psychedelic rendition of “Flickers,” Reid sneaks offstage to steam her voice while the boys go into an instrumental interlude. Saturated in golden hues, the stage feels empty without Reid but Rothman and Dot carry the song through with restrained drums and muffled guitar chords.

The soft-spoken guitarist speaks for a minute or so until Reid reemerges with a cup of tea. She explains her apparent discomfort: an impacted wisdom tooth she hasn’t been able to fix while on tour. “I’ve just been put on something called Vicodin.” The audience cheers boorishly. The polite British band adds witty banter in between songs, connecting with individual audience members — some of whom the band members recognize from their Rickshaw Stop show.

By now Reid’s voice has become husky, a side effect of pushing her vocals too far. She falters occasionally with certain pitch changes. Despite the croakiness, her voice is transcendent throughout the show. London Grammar closes the show with its hit single “Metal & Dust,” a lyrically driven tune with entrancing beats. The encore was too much for Reid’s voice. She struggles, but manages to expel stunning vocals as the crowd cheers her on.

There is no doubt that London Grammar will soon reach national acclaim. But are they ready for it? The band cancelled tonight’s show in Portland due to Reid’s impacted wisdom tooth. It would be devastating if the band’s rising popularity became too much for Reid’s ethereal voice. The alternation from alto to soprano requires exceptional talent and control that Reid is still cultivating. Though the focal point of the show, Reid’s voice never comes across as showy. She carries Dot and Rothman’s instrumentals into an otherworldly genre. But despite her sublime performance, the polite singer nods and smiles after every song, as if she, herself, can’t believe the power of her voice.