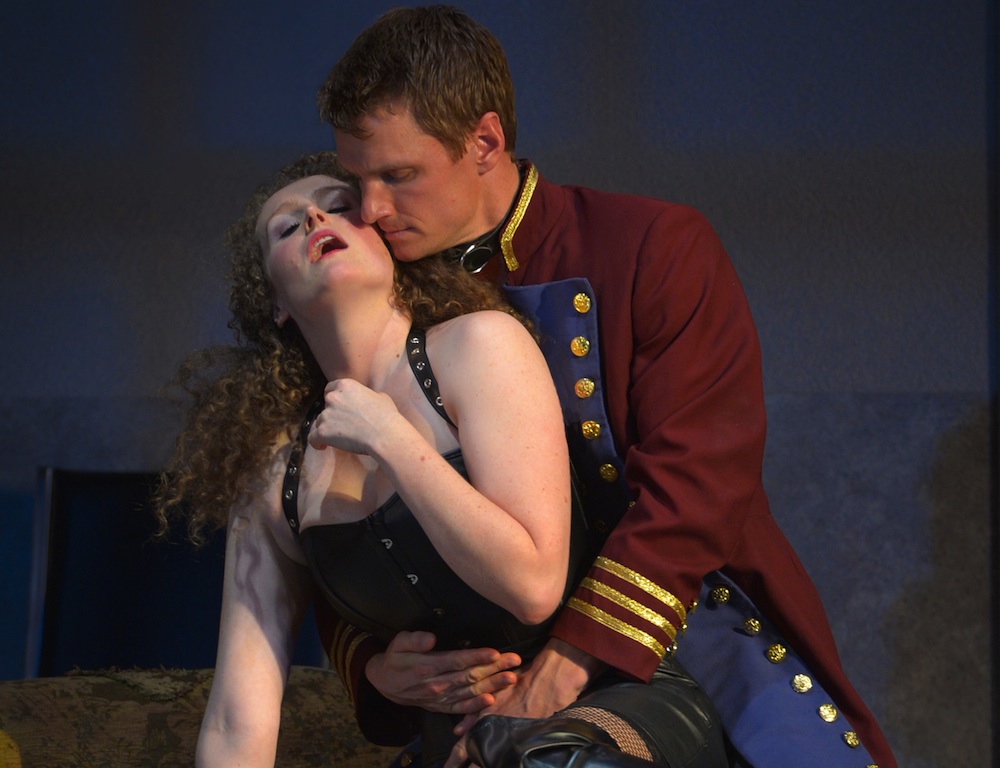 No fear. Sensational actors Brenda Meaney and Henry Clarke stole the audience’s breath away, when playwright David Ives’ perverse 2010 take on novelist Leopold von Sacher-Masoch’s perverse 1870 masterpiece opened at A.C.T. last night. Prepare to be intellectually and emotionally (and even a bit physically) whipped, beaten, and thrilled into submission.

And yes, there will be a touch of Velvet Underground.

The basic story: Thomas (Henry) is auditioning actresses for a play he’s written and will direct, based on Sacher-Masoch’s groundbreaking 19th-century “romance,” Venus in Fur, from which the term “S&M” is derived. A hyperenergetic Vanda (Meaney), one of those wonderfully scattered-but-brassy NYC actress-types, bursts in late and cajoles Henry into giving her a shot.

Mysteries and personalities start multiplying as the pair engages in a vertiginous pas de deux, slipping surreally between contemporary arguments about sexism and gender roles and smokin’ hot scenes of 19th century parlor-sex games. Soon it all begins to slip off the rails into a timeless mystery of psychological conquest and mythological lust, with more than a little taste of danger.